Boomers Think It Takes $1 Million a Year to Be Rich – Are They Right? 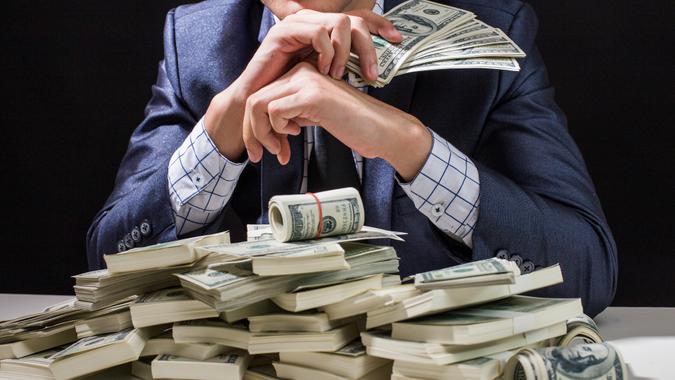 Americans tend to be an optimistic bunch when it comes to wealth, with more than half figuring they’ll be rich one day, according to a new survey from RubyHome. But the definitions of “rich” vary wildly depending on how old you are.

See: 20 Best Places To Live on Only a Social Security Check
Find: 27 Ugly Truths About Retirement

The survey of 1,000 adults found that baby boomers believe an annual income of just more than $1 million qualifies someone as rich, while the much younger Gen Z puts the threshold at $394,000 a year.

One common theme is that the older you are, the more money you think it takes to become rich. Generation X respondents said it takes an annual income of $877,211 to qualify as rich, whereas millennials put the figure at $721,020.

Survey results were included in a report called “Perceptions of Prosperity,” released earlier this month by RubyHome, a Los Angeles-based luxury home builder.

One of the more interesting findings was that 51% of respondents believe they are on track to becoming rich. That doesn’t square with reality, given how much they think you need to earn to become rich vs. how much most Americans earn.

For example, boomers believe it takes a yearly income of $1.02 million to qualify as rich. But the median weekly income in the United States was $1,037 during the first quarter of 2022, according to the U.S. Bureau of Labor Statistics. That comes to about $54,000 per year.

“Seeing as the median American income is nowhere near six figures, it’d be easy to say that these ideas of attaining wealth are not realistic for the majority of the population,” Ruby Home Founder Tony Mariotti wrote in an email to GOBankingRates. “Additionally, it’s important to take into account that income is just one facet of ‘richness’ our team looked at in this research. We don’t know how other factors such as 401ks or investment portfolios could play a role in their expectations for the future.”

Based on those figures, GenXers seem to have the most realistic definition of rich if you define it as being among the top 1% of earners. If your definition includes the top 5%, then Gen Z is easily the closest. In fact, the gap between how different generations define “rich” is more than a little eye-opening.

Mariotti attributes part of the gap to different priorities based on life stages and experience with money.

“Gen Z may be fulfilled just paying off student loan debt, affording a home, and paying for the occasional vacation, whereas millennials are at the stage in life where they’re more likely to be paying for weddings and trying hard to afford the healthcare costs that come with having kids,” Mariotti said. “In another example, Gen Xers are ready to buy large family homes and pay their kid’s college tuition, while most baby boomers probably want to retire and let their careers come to an end with enough money in the bank to sustain them for the years to come.”