8 Charities You Can Feel Good Giving to This ‘Giving Tuesday’ 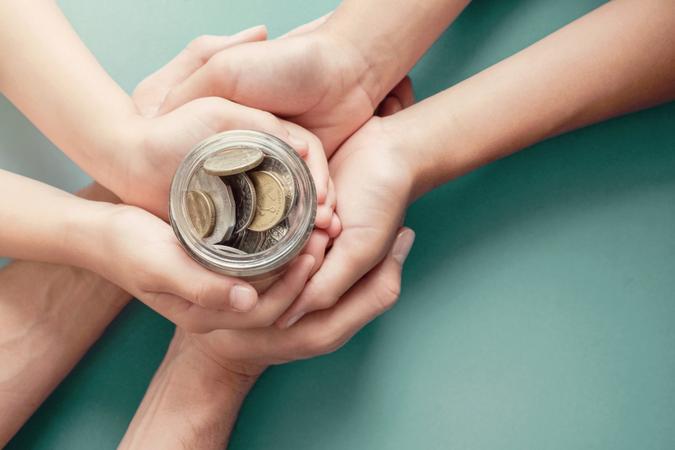 It’s the season to give. In 2020, Americans gave a record amount of $471 billion to charitable organizations even in an incredible moment of economic unrest. But, where can you donate and feel confident that your money is actually going to the cause? Some charities might have a high overhead, meaning your thoughtful donation will likely go toward administrative fees, rather than directly to the problem the charity is trying to solve. Here’s a list of charities where at least 90 percent of the organization’s expenses goes to the cause at hand, so you can feel confident donating to them.

For Your Shopping Needs: 21 Items That Are Always Cheaper at Costco
Check Out: 6 Holidays Purchases That You Should Only Make at Costco

Rainforest Trust is dedicated to protecting rainforest land and saving endangered species. According to their website, they’re able to allocate 100 percent of donations for conservation projects because their operating expenses are covered by their board members. Since the organization began in 1988, 99 percent of the rainforests they’ve given funds to have remained intact, and more than 2,000 endangered and vulnerable species have been protected.

Be Aware: How Much Should You Spend on Gifts for Acquaintances?

Operation Gratitude seeks to give back to the people currently serving our country, veterans, military families, first responders, and other healthcare heroes. The nonprofit sent its first care packages to soldiers in 2003, and since then has sent care packages to 3.3 million people. Volunteers can assist in making care packages or writing letters to the populations Operation Gratitude helps. Charity Navigator reported that the nonprofit had a program expense ratio of 94.5 percent, with only 3.2 percent of their expenses being administrative.

EJI provides legal representation to those who have been illegally convicted, unfairly sentenced, or abused in state jails and prisons. The nonprofit also helps perform research for politicians working in criminal justice reform. According to Charity Navigator, EJI has a program expense ratio of 92.4 percent. Based on this calculation, EJI only spends 7.6 percent of their donations on overhead costs. The rest goes straight to the cause, such as opening The Legacy Museum in Montgomery, Alabama, which educates visitors on the history of America and and its relationship with slavery.

Beginning in 1974, RMHC has helped provide medical care for children in need, as well as resources for their families. One of their main services is providing families with a place to stay when they travel for medical care for their kids. Charity Navigator reports RMHC has a program expense ratio of 92.5 percent. On the RMHC website, they expand on this saying 88 cents of every dollar donated goes to their programs. RMHC serves 62 countries and regions, and has supported millions of families since their organization began.

AWI is focused on reducing the harm people do to animals. This includes fighting against practices like laboratory testing, factory farms, harsh transport conditions and many other circumstances that can hurt animals. According to Charity Navigator 91 percent of their expenses are related to serving AWI’s mission. Most recently, AWI has been providing resources to Montana residents like bear-resistant garbage cans to help keep both bears and humans safe.

Helpful: From Airfare to Gifts to Your Tree, How To Save on Every Aspect of Holiday Spending

Enterprise works to create affordable and equitable housing across the United States. Since the nonprofit was started in 1982, they’ve invested $44 billion and created 781,000 homes in all 50 states. Charity Navigator reports 90.8 percent of their expenses are related to benefitting their causes. These causes include investing $3.5 billion Black, Indigenous, and People of Color (BIPOC) and other historically marginalized housing providers to change the types of homes that get built and where they’re built for these communities.

Founded in 1881, American Red Cross has been on the frontlines of disaster relief for more than 100 years. The organization also helps conduct blood drives, and provides resources for veterans, active military members and their families. According to Charity Navigator, American Red Cross allocates 90.2 percent of its expenses to programs and services that help serve the community.