Despite Inflation, Americans Are Spending At Least $314 Per Month on Impulse Purchases 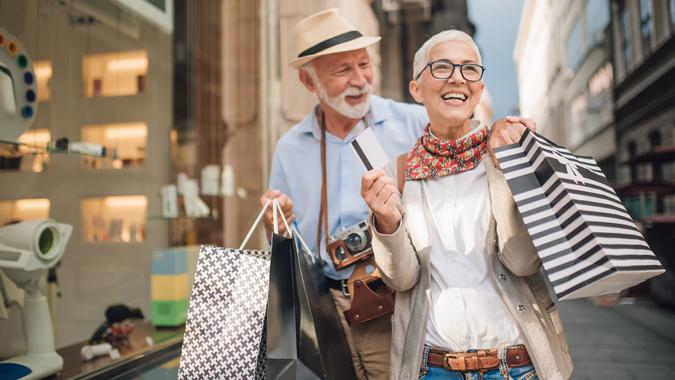 Times are particularly tough right now with inflation driving up prices on everyday goods and a possible recession on the horizon. But none of this is stopping Americans from spending; in fact, it may be making them spend more.

See: Americans Each Have About $175 in Unused Gift Cards, High Inflation Makes it a Good Time to Spend Them
Find: This Credit Score Mistake Could Be Costing Millions of Americans

A new survey from SlickDeals.net revealed that impulse buying is on the rise. SlickDeals polled 2,000 people and found that the average person spends $314 per month on impulse buys — up from $276 in 2021 and up from $183 in 2020. The poll also found that 68% of people say that inflation has had a “huge impact” on what they buy and that seven in 10 consumers have been more aware of their budget this year because of inflation.

The two sets of data seem to contradict one another. Why are Americans spending more on impulse purchases while also being more conscious about how they spend their money amid inflation? Shouldn’t impulse buying be down as consumers pay increased attention to their spending?

It sort of looks like what is happening is a phenomenon called “revenge spending.” Also called “revenge buying,” revenge spending is a type of consumer behavior. Essentially it means that after the economy gets turbulent, as it most notably did during the height of the pandemic, people spend more to make up for all the time they couldn’t spend.

Still, this behavior of spending for the sake of spending (which is basically what impulse buying is) doesn’t quite align with revenge spending entirely because the country is still in the throes of inflation. Plus, the economy is not in the wake of a recession but the dawn of one. So what type of spending is this? It may be better classified as “financial anxiety spending,” perhaps, or even “denial spending” (though neither of these is an official term).

See: How High of a Pay Raise You Need To Fight Inflation — And How To Ask For It
Find: How To Ease Your Inflation-Related Financial Stress

Or this could just be simple overspending, which can occur during hard times in part because spending can make us feel better in the moment — even when consumers can’t afford it.