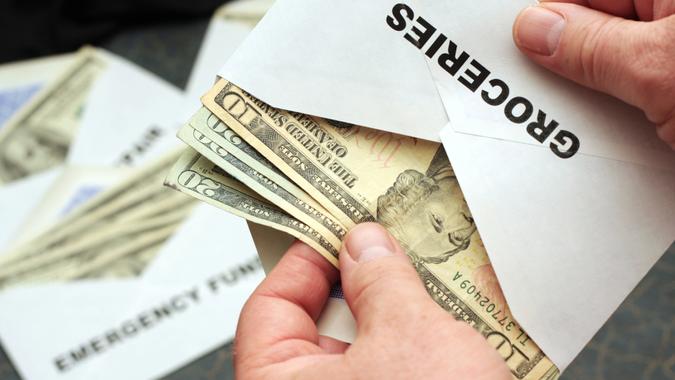 As financial strategies go, “cash stuffing” is not exactly cutting edge. People have been doing it ever since currency became the preferred way of paying for things.

See: 8 Best Remote Jobs That Pay at Least $50 an Hour
Retirement at Any Age: Get Retirement Tips That Fit Every Stage of Life

The term means what it sounds like: You literally stuff cash into envelopes and mark each for a particular purpose.

Cash stuffing has become a hot trend among younger folks, partly because so many TikTok influencers hail it as a sound financial practice. It continues to see a huge spike in popularity with Gen Z and millennials, according to a recent survey from personal finance platform Credello.

The survey of 600 U.S. adults aged 18 to 41, conducted in late July in partnership with Pollfish, found that nearly 61% of respondents use cash stuffing to manage their finances. More than four in 10 (43%) use cash stuffing regularly when they receive their paychecks, while 25% do it a few times a week.

Among the other survey highlights:

The Future of Finances: Gen Z & How They Relate to Money

Although many Gen Zers (29.48%) learn about cash stuffing from TikTok videos — which get hundreds of thousands of views — an even bigger percentage (36.44%) learn about it from family. Thirty percent of respondents said they turned to budget tools such as cash stuffing due to the pressure of high inflation. About one-third turned to cash stuffing to curb overspending.