How Each Generation Has Been Affected Financially By the Pandemic 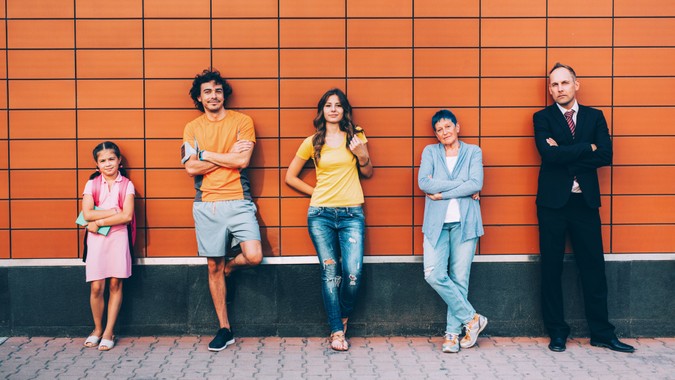 The economic and racial disparities that played out during the pandemic have been well documented. Less has been written about how people in the same generations shared common experiences — particularly where money was concerned. These, of course, are just trends. Your birthday doesn’t determine your experience with COVID-19, but throughout the crisis, unmistakable patterns did emerge among Generation Z (born 1997-2012), millennials (born 1981-1996), Generation X (born 1965-1980) and baby boomers (born 1946-1964) as the virus took its toll on their finances.

The Youngest Adults Were Barely Out of the Gate

Even the oldest Gen Zers are only in their early 20s, and when the pandemic hit, many weren’t even working yet. Those who were income-earning adults were much less likely to have access to the things that kept millions of Americans afloat — savings, home equity to borrow against, credit cards with large open balances, etc.

“The pandemic has been especially hard on Gen Z,” said Barney Hussey-Yeo, CEO of Cleo, a millennial money app whose 4 million users have an average age of 26. “Many are only just entering the workforce. Near-zero interest rates and an increasing cost of rent aren’t helping them either.”

See: Billionaires vs. the Rest of Us: How Did Finances Change Due to COVID-19?

Gen Z Was Stunted, but Ahead of the Pack at the Same Time

For many of the youngest adults, the lockdowns were endured at home with mom and dad. Financial milestones like getting a place or a car were postponed. According to Reuters, many Gen Zers and young millennials “went from being students, athletes and workers to caring for sick relatives and doing whatever they could to earn money to support families.”

It wasn’t all bad for old Gen Zers and young millennials, however. Bloomberg reported on an enormous uptick in teens and young adults joining the gig economy, learning marketable skills, exploring entrepreneurialism and making a few bucks with the side hustles they flocked to.

The Gender Gap Was on Full Display for Millennials

Millennials represent the largest chunk of the workforce, and COVID was the second once-in-a-lifetime economic and social crisis they were dealt before the oldest among them even turned 40. When the pandemic shut down schools and child care centers, it was millennial moms, by and large, who sacrificed their incomes and interrupted their careers to raise the generation’s children.

According to the Center for American Progress, millennial women were three times more likely than millennial men to leave the workforce to care for children during COVID — and even before the virus, women headed 80% of America’s single-parent households. All those ingredients — coupled with America’s austere maternity/family protections — mean that COVID might set millennial women back decades in terms of maternal labor force participation, the center found.

Americans as a whole actually increased their savings during the pandemic — welcome news, indeed. NBC News points out that like everything else with the virus, that statistic varies quite a bit by demographic. One of those demographics was age. Older Americans who were more established in their careers and had fewer family obligations were most likely to benefit from 2020s soaring home values and record-breaking stock gains.

“During the most recent pandemic, Gen X and boomers saved the most,” said Dino Selita, president and co-founder of The Debt Relief Company. “Although the percentage of income saved has undoubtedly decreased since then, both generational groups understood that saving is vital during times of uncertainty and economic slowdown. In this regard, both groups can be quite conservative when the going gets tough.”

Boomers and especially Gen Xers, however, were also most likely to be overextended, stretched thin and being pulled in more than one direction.