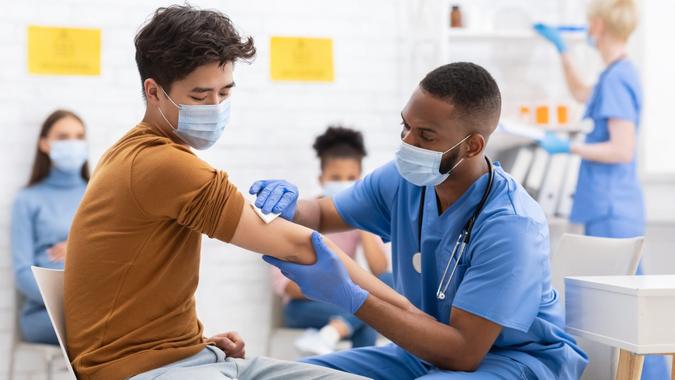 No health insurance? You still have a few weeks left to sign up for low- or no-cost private coverage through the public marketplace, CNBC reports. You can use your state’s exchange or healthcare.gov to sign up during the special enrollment period, which closes on August 15.

More people that ever qualify for help paying for health coverage, according to healthcare.gov, even those who weren’t eligible in the past. You may even qualify outside of the designated enrollment period due to a qualifying event, such as losing other coverage, getting married, having a child or moving, added CNBC.

CNBC added that according to government data, nearly 1.5 million Americans have secured coverage during the current enrollment period and another 2.5 million of those enrolled have been able to lower the cost of their premiums. About 12 million people are enrolled through the marketplace, authorized by the Affordable Care Act of 2010.

Related: How To Handle a Claim Your Health Insurance Won’t Pay

Due to the American Rescue Plan Act, these subsidies are larger for 2021 and 2022 and will reach a greater number of people. CNBC pointed out that the cap, which was generally only available to households with income from 100% to 400% of the poverty level, will be eliminated through next year. The amount anyone pays in premiums will be 8.5% of their income level. If you’re collecting unemployment this year, zero-premium health plans that come with minimal or no cost-sharing are available through the marketplace.

Cynthia Cox, a vice president at the Kaiser Family Foundation and director of its Affordable Care Act program, told CNBC that while there is no income test, you can generally not qualify for subsidies through the ACA marketplace if you can get coverage through your employer. Cox also mentioned that the low-cost silver plans cover about 94% of a person’s costs compared with 85% in employer plans.