Poll: 45% of Respondents in Favor of $2 Trillion American Families Plan 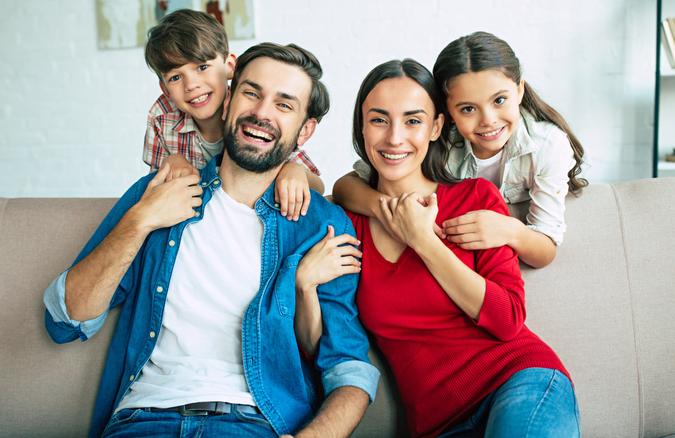 In April, President Joe Biden introduced his proposed American Families Plan as “an investment in our kids, our families and our economic future.” According to Biden and the White House, the proposal is meant to grow the middle class through a number of measures that include adding at least four years of free education, providing direct support to families to help them pay for child care, establishing a national comprehensive paid family and medical leave program, expanding nutrition assistance and extending tax cuts for families.

More: Is a Fourth Stimulus Check Ever Coming? Here’s the (Harsh) Truth
See: New Stimulus Perk Helps Pay for Your WiFi and Laptop

But the proposal comes with a hefty price tag — more than $2 trillion — which will be covered in part by raising taxes on the wealthy. However, some fear that these tax increases could have negative repercussions on small businesses while other critics are wondering where the rest of the money to cover these new initiatives will come from.

Despite these concerns, a recent poll of over 1,700 Americans conducted by GOBankingRates found that 45% are fully in support of Biden’s American Families Plan. When asked, “If enacted, the American Families Plan will cost taxpayers more than $2 trillion. Is it worth it?,” 45% said, “Yes, completely.” In addition, 14% believe that “some of the benefits are worth it.”

On the flip side, 36% of Americans surveyed said that Biden’s plan is not worth the cost. And a small percentage of the population — 4% — felt that the benefits proposed in the plan should be provided by private companies.

Women Are More Supportive of the American Families Plan

Older Americans Are Less Supportive of the Plan

Methodology: An original poll posted to GOBankingRates collected responses from 1,748 people from April 30, 2021 to June 1, 2021. The poll asked respondents “If enacted, the American Families Plan will cost taxpayers more than $2 trillion. Is it worth it?” GOBankingRates used CivicScience to conduct the poll. Results are unweighted. Demographic insights were discovered by comparing respondent profiles across a wide range of attributes. Data was analyzed on June 1, 2021.