Poll: 45% of Respondents Needed To Pay Bills With Stimulus Check 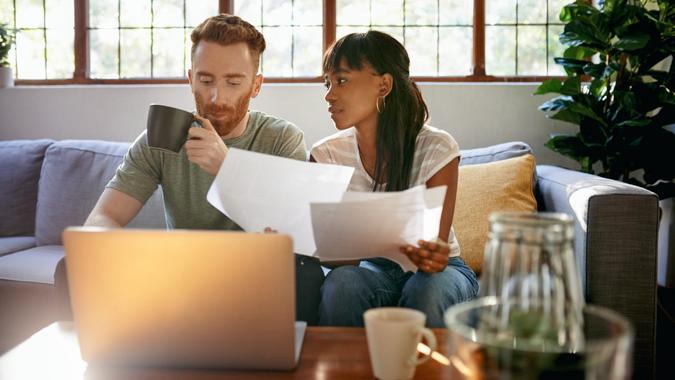 Read: Homeowner Stimulus Checks Are Coming – How to Get Your Money From This $10B Fund
More: Two New Stimulus Checks May Be on the Way – Here’s Everything You Need to Know

Detractors of the third round of checks felt that the cost of these stimulus payments was too high, and that not everyone who would be eligible actually needed the money. A group of Republican senators made a counterproposal for $1,000 checks and a phase-out beginning at $40,000 for individual filers — a stipulation that would have covered 29 million fewer Americans than the Biden proposal that ended up passing.

Find Out Why: You May Want to Opt Out of Monthly Child Tax Credit Payments – Here’s Why

Among the Americans who didn’t need the check to cover essential costs, 19% planned to put their stimulus check into savings, 9% planned to invest it and 6% planned to spend it on a nonessential purchase.

Women Were More Reliant on Stimulus Checks To Pay Bills

The poll found that 53% of women planned to use the third stimulus check to pay bills vs. 38% of men. This could be due to the fact that women left the workforce at a higher rate than men amid the pandemic, with 2.6 million women leaving the workforce from the start of the pandemic through January of this year.

Paying bills was the most popular poll response across all age groups, ages 18 to 65+. The age group that most needed the stimulus check to pay bills was ages 55 to 64, with over half of respondents in this age group — 53% — saying they would put their check to this use.

Methodology: An original poll posted to GOBankingRates collected responses from 3,972 people from March 3, 2021 to March 12, 2021 (when the first batch of third stimulus payments was sent out). The poll asked respondents: “If you get a stimulus check, how will you use it?” GOBankingRates used CivicScience to conduct the poll. Results are unweighted. Demographic insights were discovered by comparing respondent profiles across a wide range of attributes. Data was analyzed on June 11, 2021.