Post-COVID Savings Goals Are Nearly on Track for 43% of Americans, but Inflation Could Derail Progress 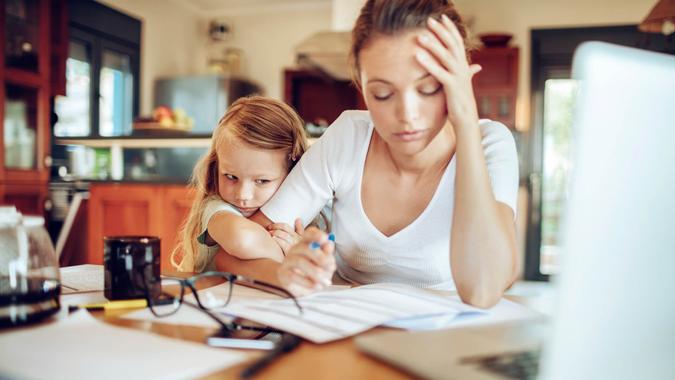 Two years after the COVID-19 pandemic disrupted the financial lives of millions of Americans, more than four in 10 now say their savings goals are nearly back on track, according to a recent survey from Northwestern Mutual. But a separate survey from New York Life found that high inflation has muddied the picture, with roughly two-thirds of Americans having to cut back on spending to sustain those goals.

See: Here’s How Much Cash You Need Stashed if a National Emergency Happens
Cash App Borrow: How To Borrow Money on Cash App

Northwestern Mutual’s 2022 Planning & Progress Study, which polled 2,381 U.S. adults, found that 43% of respondents say they made up for lost ground incurred financially during the first year of the pandemic. That compares to 30% who say they haven’t made up lost ground and 27% who say they didn’t lose any ground in 2020.

“COVID-19 is by no means behind us, but these findings suggest a meaningful number of people have turned a corner,” Christian Mitchell, executive vice president & chief customer officer at Northwestern Mutual, said in a press release announcing the study.

The wild card is how the highest inflation rate in more than 40 years will impact Americans’ savings goals.

Another survey of 4,416 adults from New York Life Wealth Watch, conducted in March and released on May 19, found that because of inflation, 65% of respondents are cutting back on short-term spending to stay on track with their long-term financial goals.

Among the biggest expenses being cut are eating out (35% of respondents), nightlife (31%) and travel (28%), though some reported holding off on larger expenditures like home renovations (16%) or having more children (13%).

Many Americans remain committed to maintaining their retirement savings contributions, but they have also adjusted their short-term financial goals because of higher consumer prices. One-in-three respondents to the New York Life survey are contributing less to their emergency funds in order to pay for everyday expenses, with the average monthly contribution falling by $243. Millennials are making the biggest cuts, with their monthly emergency fund contributions falling by nearly $289.

Americans are also putting off vacations (33%), paying down credit card debt (22%), buying a car (22%) and buying a home (16%). Again, millennials are slightly ahead of other age groups in the amount they are cutting back in these areas.

All generations are feeling the impact, said Dylan Huang, senior vice president and head of Retirement & Wealth Management Solutions at New York Life — but it might be most challenging for older Americans.

“Retirees and non-retirees must navigate this environment differently,” Huang told GOBankingRates. “For retirees, inflation risk is very real and will impact both how much retirees can withdraw from their portfolios and their lifestyles in retirement. For this group, the key is to plan for known risks — like the potential for market losses — and ensure the unknown risks, like an unexpected health event or how long you might live.”

One of the main risks of inflation is that it can cause “short-term anxiety that derails long-term financial strategies,” Huang added.

For those who can afford it, he suggests consulting with a financial professional to help ensure that short and long-term financial goals remain on track in any market environment.