Survey: Most Americans Don’t Use Financial Advisors — How is That Changing Because of COVID, Inflation and Economic Uncertainty? 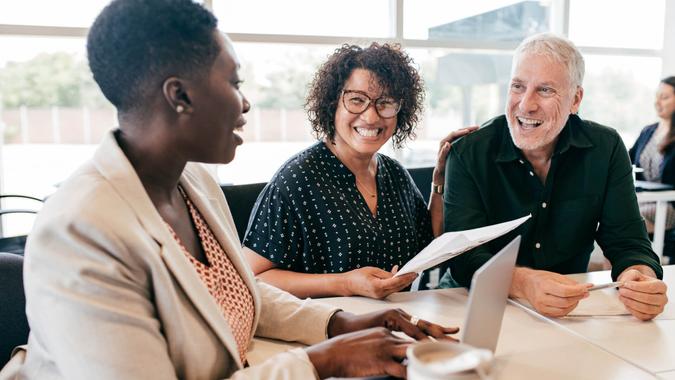 Many people get their first financial advice early in life — perhaps when they earn their first dollar, and their parents advise them to put a quarter of it into the piggy bank. When it comes to adults hiring financial planners, however, most take a pass.

Even though more than six in 10 Americans (62%) say they need to improve their financial planning, only 35% seek the help of a professional financial advisor, according to the “2022 Planning & Progress Study” — a new survey of 2,381 U.S. adults released last week by Northwestern Mutual.

However, those numbers are ticking upward in the wake of the COVID-19 pandemic. The survey found that nearly one-fifth of respondents (18%) who didn’t have an advisor before the pandemic now either have one or plan to hire one. Younger Americans are slightly more receptive to the idea, with 29% of Gen Z and 24% of millennials either working with (or considering) hiring a financial advisor post-pandemic.

The study also found that 80% of respondents who get help from a financial advisor say they were able to build their savings during the pandemic. Among those who don’t work with an advisor, only about half (49%) were able to save more.

“There are some clear silver linings in these numbers,” Tim Gerend, Northwestern’s executive vice president and chief distribution officer, said in a press release. “Despite the fact that too many Americans are still not getting financial help, we saw a spike last year in the number of people seeking professional advice and those numbers have held stable in 2022 rather than sliding back to pre-pandemic levels.”

Financial planning has become even more challenging in recent months because of surging inflation, a faltering economy and a floundering stock market. This could lead to even more Americans hiring a financial advisor.

The survey, conducted earlier this year by The Harris Poll, found that 78% of respondents who have an advisor enjoy financial certainty in terms of debt management, retirement planning, housing stability and other areas related to money. That compares to 57% of respondents who don’t work with an advisor.

“A range of factors impact the stability and certainty people feel in their lives,” Gerend said. “But a good, trusted advisor can be an enormous help from a practical and emotional perspective, and that extends to people across all ages and circumstances.”

If you are considering hiring a financial advisor, there are some things you need to know about costs and fee structures.

The typical cost is 1% per year of your assets under management (AUM), according to Kyle Ryan, a certified financial planner and executive vice president of advisory services at Personal Capital. If you have $100,000 of assets under management with a financial advisory firm, for example, your annual expense would be $1,000. But there’s no hard and fast rule about how much advisors must charge, so your cost could be lower or higher depending on your AUM, Ryan told U.S. News & World Report.

Most financial advisors get paid in one of the following three ways: