It Turns Out Money Can Buy Happiness, Study Finds 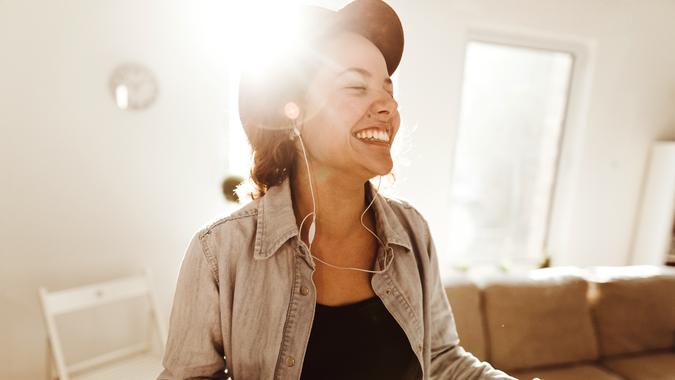 At some point in your life, your parents probably said the old adage “Money can’t buy happiness” to you, emphasizing a need to place more importance on things like relationships, values and meaning.

Read: The Salary You Need To Be Happy in the Biggest Cities

Yet a new study by Matthew Killingsworth, senior fellow at UPenn’s Wharton School, suggests that money does buy happiness after all. At least, to a degree.

The study asked 33,000 participants to give “in-the-moment snapshots of their feelings during daily life” through an app called Track Your Happiness, according to UPenn. Participants also rated their feelings on a rubric of 12 emotions (five positive, seven negative). Killingsworth then analyzed the relationship between people’s well-being score and their income. He was trying to validate a 2010 study that suggested increased earning equals increased happiness but capped out at $75,000 annual income. Surprisingly, Killingsworth’s study found that higher earners continue to experience greater “happiness” as their income increases above $75,000.

Anjali Pradhan, an investment coach and owner of Dahlia Wealth in Montreal, Quebec, said she likes this study better than previous ones. “Humans are notoriously bad at evaluating their own happiness,” she said. “This UPenn study is a closer approximation to daily life satisfaction with relation to money. They asked questions about happiness in the present moment.”

The study found that having more money helped participants to feel in control of their lives. Pradhan has found this to be true with her clients. “When you have more money you’re able to save a bigger emergency fund, tell your money what to do, you’re able to have a sense of security and control over your life.”

Find Out: 31 Dumb Things That Are Keeping You From Becoming Wealthy

However, money and well-being coach and the founder of Money and Well Being in Lakewood, California, Mariela Garcia warned that no amount of money can buy happiness if you don’t have a plan for it or financial goals.

“Higher income does give you good feelings, but if I didn’t have a plan or goals you would probably still feel like you didn’t have enough,” Garcia said.

More: How Spending Money in These 10 Ways Will Actually Make You Happier

Goals should be tied to values, she added. “If you haven’t sat down and really thought about what you value in life, you won’t be happier,” Garcia said.

“If you live for your values, it will make you happier. For example, you might save for a trip instead of buying a [expensive] TV. Or spend more time with your family. Your values should guide your decisions in life, especially with money.”

Read: 50 Terrible Ways To Try and Save Money

Pradhan said that while the UPenn study is illuminating, it fails to address a different issue: wealth versus income. A person with low income but high savings, or good returns on investment, for example, could still feel happy because of that financial buffer.

Or, on the contrary, a high earner who also has high expenses can cancel out the happiness factor, Pradhan said. “If you earn half a million a year but your expenses are half a million per year, you can still be very stressed.”

See: 20 Companies With the Happiest Employees

Ultimately, Pradhan said, “money takes care of the lower needs on Maslow’s Hierarchy of Needs pyramid that you need to address first: Food, shelter and security. And only then can you go up the pyramid and think ‘I want to live a meaningful life, spend more time with kids,’ etc. Money gives you that option to strive for higher echelons.”

Despite these correlations, Killingsworth found that people who equated money and success were not as happy as those who didn’t and that people who earned more money also worked more hours and felt time pressure. So maybe your parents’ advice was right, after all; money can’t buy happiness — but it can help.