How To Become a Millionaire Even If You’re In Debt 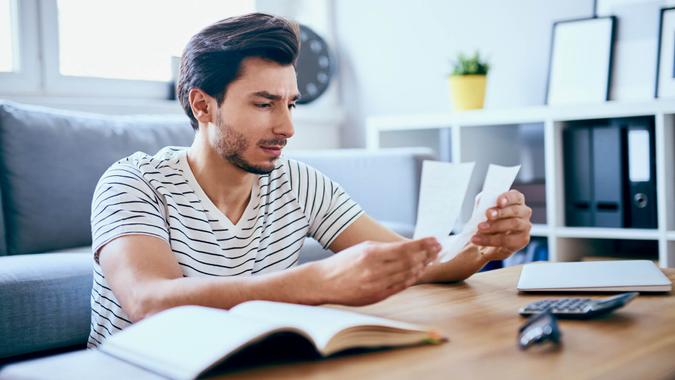 Becoming a millionaire is a dream for many. Indeed, the American millionaire mindset is on the rise, underscored by the fact that Google searches for “how to become a millionaire” jumped 22% during the pandemic compared to previous yearly averages, according to a PlayUSA study.

Live Richer Podcast: How To Become a Millionaire Even If You’re In Debt
Make Money: How To Get Rich With a Normal Job

However, in today’s climate the dream to become a millionaire seems slightly harder to reach. In the last year, Americans have seen a 41-year inflation high, rising gas and food costs, as well as rising rates that have put a slump on many wallets. In the week ending April 22, mortgage rates also increased to the highest level since 2009, according to the Mortgage Bankers Association’s (MBA) Weekly Mortgage Applications Survey.

So, how can Americans achieve the goal of becoming a millionaire?

There are no magic tricks, just discipline, prioritizing and setting clear goals to become debt-free and time-rich. On the Live Richer Podcast, Andy Hill of Marriage, Family, and Money, shared some tips and explained how he was able to pay off his mortgage by age 35 and become a millionaire in just 10 years. During that time, Hill and his wife were $50,000 in debt–with half of it in student loans and half in car loans. At the same time, he said that they were spending a lot on their mortgage and not paying attention to investing too much.

“We did a little bit through our workplace office, 401k and programs like that, but really we were focusing on just paying our bills and living for today. And so, when we said, “Hey, let’s start to pay attention to this and make some progress,” what we did was we made a budget together. We looked at those numbers and said, “Okay, what can we do to make some financial progress here?” Hill said.

Live On One Salary

The first thing they decided was to clean up their debt as fast as possible. To achieve this, they ended up living on just one salary–saving his entire salary– and used that to pay off their debt in just about a year, he said.

Hill explained that they cut out on some “extras,” such as going to weddings and parties, and that “no” “got into our lexicon a little bit more than it did previously.”

“It became a little easier for us to dial down the entertainment, but on the opposite side of just cutting expenses, really, it was increasing our income,” Hill said.

To do so, Hill said that they sold things around the house and he worked extra hours. In turn, by both increasing their income and decreasing expenses, they were debt-free in 12 months.

“If you’re not aware of how much you have coming in and how much is going out, these goals are going to seem impossible and you’re never going to want to do it,” he said.

Now, Hill explains that they paid off their student and car loans, as well as their half a million-dollar home.

Hill also offered some tips as to how to invest and save for retirement.

First, he said, taking advantage of your workplace, and a 401(k) is a great place to start.

“If they’re giving you free matching money there, that is free money that you can’t pass up,” he said.

He said he is also taking advantage of Roth IRAs, and HSAs- which are health savings account you can invest through as well.

“So by using these tax advantages discounts, and then compounding our contributions each month, it has slowly grown and grown and grown over the years. Again, from that negative $50,000 spot we were in about 10 years ago to now over a million dollars 10 years later,” he said.

Indeed, according to Vanguard, the secret to reaching a million is not that hard: Time.

If you give your savings enough time to grow, you’ll only need relatively small investments of money–made consistently–to wind up with a pretty big balance, Vanguard explains on its website. “Because compounding is so powerful, starting early gives you more flexibility later on in life,” according to Vanguard.

“In fact, if you save just under $4,500 per year over a 45-year career, you could have over $1 million by the time you retire. And if you have the opportunity to invest in a retirement plan that offers a matching contribution from your employer, your yearly investment could be as small as $2,200,” it said.

In the end, Hill said that while paying off their mortgage and having lower expenses made a lot of sense to his family, it might not be an attractive option for everybody.

“If you like what you do and you love what you do and you see yourself doing it for decades and decades, I wouldn’t recommend paying off your mortgage either. It’s a low-interest loan. You could make a lot more in the stock market if your goal is to have a lot more of a bigger pot of money at the end of the rainbow. But I do think we need to be thinking more about what are these cool things that we can do today that can massively improve our lives, that we don’t have to wait decades for. And I think mortgage freedom is one of those things,” he said.