US Jobs Up By 379,000 in February, Mostly in Hospitality and Leisure – But Black Unemployment Jumps, Too 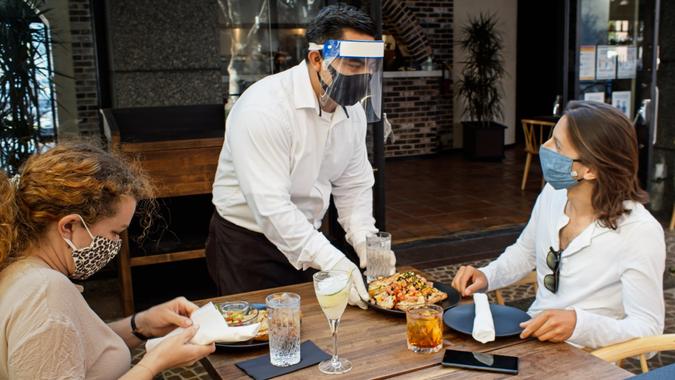 The U.S. added 379,000 jobs in February, mostly in the leisure and hospitality sectors, beating economists’ expectations.

See: Women More Likely Than Men to Switch Role, Industry to Land Job
Find: Economy Explained: How Do We Track Unemployment and Joblessness?

Economists estimated 210,000 jobs to be added in February and the unemployment rate to hold at 6.3%, according to The Wall Street Journal.

“Although both measures are much lower than their April 2020 highs, they remain well above their pre-pandemic levels in February 2020, 3.5% and 5.7 million, respectively,” the Labor Department said in a statement.

See: Reasons Your Unemployment Claim Was Rejected — And How to Fix It
Find: What It’s Like to Job Hunt During a Pandemic

In terms of sectors, last month’s employment in leisure and hospitality increased by 355,000 as pandemic-related restrictions eased in some parts of the country, with the bulk of the jobs in food service and drinking places. However, the Labor Department notes that employment in leisure and hospitality is down over the year by 3.5 million, or 20.4%.

The professional and business services sector added 53,000 jobs in February but is down by 175,000 from a year ago.

Employment in healthcare and social assistance increased by 46,000 in February.

See: Americans One Step Closer to Stimulus, Extended Unemployment Benefits
Find: Will You Owe Taxes on Your 2020 Unemployment Checks?

The retail sector added 41,000 jobs in February, with the largest gains occurring in general merchandise stores, health and personal care stores and food and beverage stores. Manufacturing employment increased by 21,000 over the month.

Among the major worker groups, the unemployment rates remained the same over the month for adult men (6%) and adult women (5.9%), while teenagers’ unemployment stands at 13.9%.

See: COVID-19 Has Totally Undone Decades of Progress for Women Workers
Find: Economy Explained — How Do We Track Unemployment and Joblessness?

“While U.S. unemployment figures are showing signs of recovery, there are still 10 million Americans unemployed — and the majority of them are young people,” Sophie Ruddock, VP, GM North America at education tech company Multiverse, tells GoBankingRates. “It’s more evidence that it’s time to rethink the traditional education system. The widespread adoption of apprenticeships will provide a more direct path for young Americans looking for gainful employment while also closing the tech skills gap in the country.”

Minorities continue to be the most affected groups, with Black unemployment increasing to 9.9% from 9.2% in January. The unemployment rate for Asians declined to 5.1% from 6.6% last month; and the rate for Hispanics remained virtually unchanged at 8.5% from 8.6% last month. Unemployment for whites stands at 5.6%, showing little change from last month’s 5.7%.