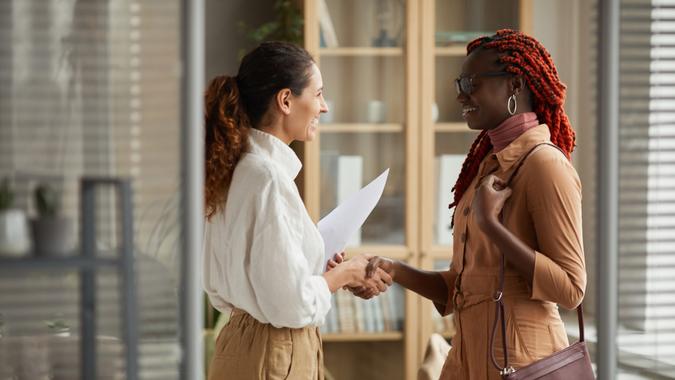 Private sector employment increased by 247,000 jobs in April, a significant decrease from the stunning revised 479,000 increase in March, driven mostly by small businesses struggling for wages, according to the ADP National Employment Report, released Wednesday, May 3.

The figure was well below the 390,000 Dow Jones estimate, according to CNBC.

Small businesses lost 120,000 jobs in the month, according to the data. Meanwhile, large businesses — those with 500 employees or more — were the clear winner for the month, adding 321,000 jobs, and medium-sized businesses added 46,000 jobs.

She added that with the ADP number coming in well below 247,000, there are two key takeaways.

“First, the inventory of unemployed workers is now so small that net job creation is becoming increasingly difficult,” she said. “That orange has mostly been squeezed and the lion’s share of hiring is coming from laterals, as yesterday’s JOLTS report confirmed. Second, the shortfall was driven by small businesses which actually reduced their payrolls by 120,000 workers versus a gain of 90,000 in the prior month. Are small businesses the canary in the stagflation coal mine? Don’t expect the Fed to say as much today but it’s worth keeping an eye on.”

The ADP report also shows that in terms of growth sectors, the service-providing sector led the pack, with the addition of 202,000 jobs, driven by the leisure and hospitality business, with 77,000 jobs, and the professional/business services sector, with 50,000 jobs.

POLL: Does April’s Stock Market Dip Concern You?
Discover: As Quits And Job Openings Hit Record Highs, Workers Play the System (and Who Can Blame Them?)

As for the goods-producing sector, it added 46,000 jobs, mostly in the manufacturing industry, with 25,000 jobs.