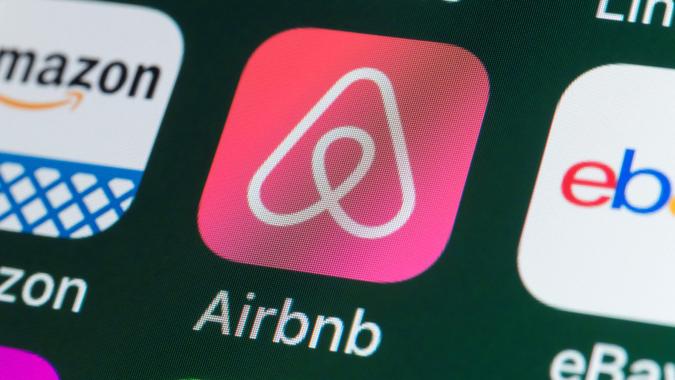 Airbnb co-founder and CEO Brian Chesky said on Twitter that employees will now have the possibility to “live and work anywhere.” The move comes against the backdrop of a tight labor market and employers having to find creative ways to attract and retain employees.

See: 22 Side Gigs That Can Make You Richer Than a Full-Time Job
Learn: How To Get Rich With a Normal Job

The design for working at Airbnb has five key features, he said on April 28. According to Chesky, employees can work from home or the office and they can move anywhere in the country, “like from San Francisco to Nashville, and your compensation won’t change.”

Employees will also have the flexibility to live and work in 170 countries for up to 90 days a year in each location.

“We’ll meet up regularly for team gatherings. Most employees will connect in person every quarter for about a week at a time (some more frequently),” he added. “To pull this off, we’ll operate off of a multi-year roadmap with two major product releases a year, which will keep us working in a highly coordinated way.”

In a separate email to employees, Chesky said that two years ago, the world was turned upside down, but “despite everything, we had the most productive two-year period in our history. While it’s been an incredible two years for Airbnb, I know it’s been hard on many of you.”

He added that the company wants to hire and retain the best people in the world, and by limiting the talent pool to a commuting radius around its offices, it would be at a significant disadvantage.

“And by recruiting from a diverse set of communities, we will become a more diverse company,” he said.

“You’ve shown how much you can accomplish remotely. In the last two years, we navigated the pandemic, rebuilt the company from the ground up, went public, upgraded our entire service, and reported record earnings, all while working remotely. It’s clear that flexibility works for Airbnb,” he wrote.

Bloomberg reports that in January, Chesky said he would live and work out of Airbnbs for several months.

It added that it’s not the only company offering employees flexibility moving forward, as about one in five guests on Airbnb reported using Airbnb to work remotely while traveling in 2021.

The company also said that it was working with governments looking to embrace this trend of worker flexibility and to highlight these destinations. As part of this, Airbnb also announced it was launching the Live and Work Anywhere initiative to partner with governments and Destination Marketing Organizations (DMOs).