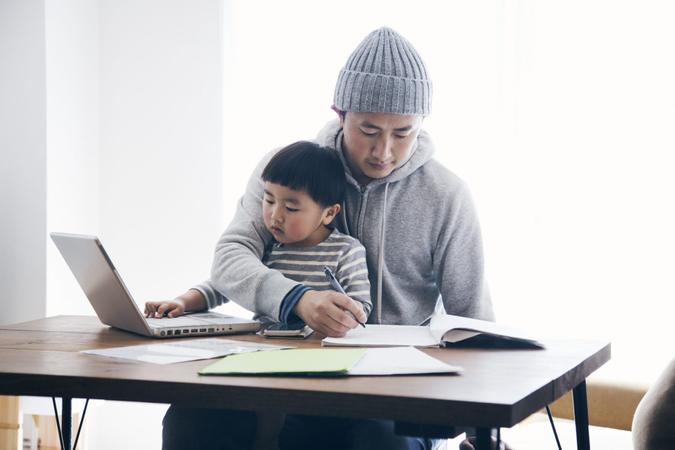 Over the past months, workers have had an opportunity to re-evaluate their careers and what they value most from their jobs, and a new survey shows that many Americans will prioritize job stability, flexibility, compensation and comprehensive benefits, and opportunities for advancement. The new Prudential survey finds that a staggering 53% of Americans would switch to a role in an entirely new industry if they had the opportunity to retrain.

In turn, employers must prepare for an increasingly competitive talent market as workers.

“The road ahead will see the market for talent heat up, and it will become increasingly competitive for employers to attract and retain top talent. Employers looking to be a magnet for top talent in the post-pandemic economy must understand workers’ expectations of work and what they need from their jobs,” Prudential’s vice chairman, Rob Falzon says in the survey.

Prudential’s Pulse of the American Worker Survey: Post-Pandemic Work & Life — Expectations from the American Workforce, shows that half of those surveyed say the pandemic has given them more control in deciding the direction of their career, and 48% are rethinking the type of job they want altogether.

The survey further finds that 24% of workers are planning to look for a new job post-pandemic. The talent migration has several factors, with compensation being the first reason cited, with 50% of workers. The second reason is work/life balance challenges, with 38%. These reasons are followed by lack of growth opportunities with 34%; being tired of working on the same things, with 24%; and lack of learning opportunities, with 23%.

Andrew Hunter, co-founder of job search engine Adzuna, tells GOBankingRates that the Prudential survey underscores the demands and expectations of today’s workers — a better work-life balance, improved benefits and opportunities to grow — “which is not dissimilar to what we were seeing before the pandemic.”

According to the survey, 48% of workers say they have to prioritize personal commitments at least weekly and 46% say they have to “trade-off” personal obligations with work demands. In terms of age groups, millennials report more often making “trade-offs” than other generations with 55%, compared to 47% of Gen-Z, 43% of Gen-Xers and 36% of Boomers.

“In order to attract and retain talent, it is critical for companies to provide strong employee perks that go beyond flexible work and differentiate them from competitors. Naming these benefits in job ads themselves is a great way to stand out,” Hunter says.

“We’ve certainly seen some quirky perks like puppy paternity leave, but highlighting mentorship or continued education programs, on-site childcare and sport facilities in job ads can certainly be valuable too. These show potential applicants that a company is invested in employees’ careers and supporting the balance they crave and can inspire strong talent to apply to that company over a competitor,” he added.

Another key finding of the survey is that the skills gaps that existed prior to 2020 have grown exponentially over the past year; in fact, American workers say getting their skills up to speed quickly is critical to seizing job opportunities as the pandemic eases — and many are worried they are not prepared.

Nearly half of workers, 46%, said they will have to learn new skills within the next year to do their current job, and 43% expect their financial security to be in jeopardy if they do not retrain or reskill, the survey finds. About half of workers, 47%, believe there is more value in soft skills than subject matter expertise.

Falzon says in the survey that job stability going forward will be based on the skills workers have to offer and that employers will be willing to pay a premium for talent with the right skills.”

See: 24 Tips To Change Your Career and Land Your Dream Job
Find: AOC and 12 Other Political Figures Who Made Major Career Changes

“At the same time, corporate America will need to step up and invest in their talent by offering skills training and enhancing on-the-job learning opportunities, such as through apprenticeship and rotation programs,” he says.

Adzuna’s Hunter adds that in this tight labor market, frustrated job seekers can transition to completely different roles and industries based on transferable skills — or skills developed in other positions that are useful in a new industry.

“For example, soft skills like empathy and the ability to work well in a team are often developed when working as a caregiver and can be applied to many positions in more traditional office settings, or in other service jobs,” he says.