As the US Readies for a Post-COVID Boom, American Factories Are Desperate for Workers 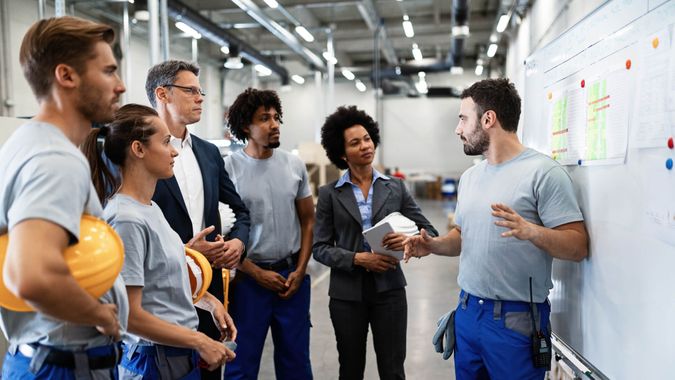 While American consumers seem poised to go on a spending spree in a post-pandemic economy, U.S. manufacturers might have a hard time meeting demand unless they can overcome a massive labor shortage.

The nation’s manufacturing industry has more than half a million job openings, CNN Business reported on Tuesday, with factories struggling to find welders, machinists and other skilled workers. This shortage comes during a busy period for the industry, as U.S. manufacturing activity hit a 37-year high in March, according to data from the Institute for Supply Management.

A study published Tuesday by Deloitte and The Manufacturing Institute found that up to 2.1 million manufacturing jobs will be unfilled through 2030 and warned that the worker shortage could cost the U.S. economy as much as $1 trillion by 2030, according to CNN Business.

This is not a new problem. As Reuters reported last month, American manufacturers have long faced labor shortages, but those shortages have become particularly frustrating during the COVID-19 pandemic as factories struggle to meet surging demand for a variety of goods. About 53,000 manufacturing positions were created in March alone, according to the Labor Department.

See: How to Shift Careers in a Changing Economy
Find: 25 Cities Where the Middle Class Is Thriving

But filling those jobs will be a challenge. Manufacturers say it is 36% harder to find talent today than in 2018, CNN Business reported, despite the fact that the unemployment rate is much higher now than it was three years ago. More than three quarters of manufacturing execs surveyed said they expect to face difficulty attracting and retaining workers in 2021 and beyond.

Part of the problem has to do with the perception of factory jobs — including the fear that jobs will ultimately disappear either overseas or through automated technology. But those fears are overstated, industry officials say. Carolyn Lee, executive director of The Manufacturing Institute, told CNN Business that robots are not taking over, despite the rise of robotics in many industries.

Another problem is that booming e-commerce brands like Amazon and Chewy have hired away much of the available talent, particularly in terms of warehouse and distribution workers. One possible fix is to recruit a more diverse group of workers in an industry that has long been dominated by white males.