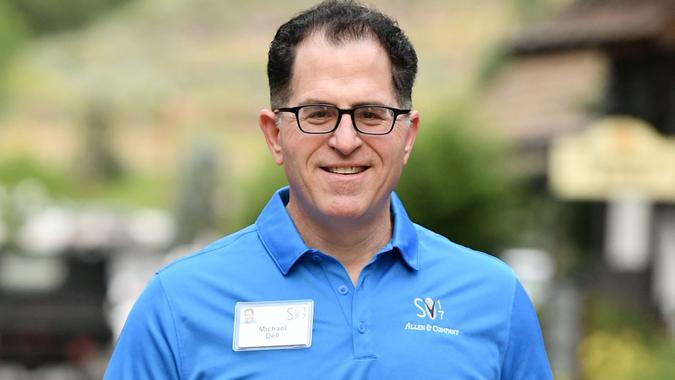 Venture capital firm Andreessen Horowitz recently conducted a study about office culture beyond the pandemic. As expected, the majority of companies planned to move forward with a hybrid model that puts most employees in a central office a few days a week and lets them work remotely the other days.

Will that kind of scheduling flexibility endure, or will things slowly start to revert back to the office grind of old? The best indicator, according to the study, is the company brass. If the CEO, founder, president or other shot-callers are fully invested in telecommuting, it’s likely that the rank-and-file will be working from home — at least most of the time — for the foreseeable future. As such, several notable CEOs and other business leaders at today’s top companies have weighed in with their take on remote work.

IBM was one of the early pioneers in the work-from-home revolution, according to Business Insider. Its groundbreaking telecommuting culture allowed the company to save more than $100 million by closing 78 million square feet of office space between 1995-2009. Many other big companies followed suit and flexible scheduling became one of the chicest and most coveted white-collar employee benefits.

More: 6-Figure Remote Jobs Are on the Rise: How To Boost Your Chances for a Top-Paying Role

Twenty straight quarters of falling revenues, however, convinced the company to abandon its remote-work policies in 2017. Then the pandemic forced yet another reversal and IBM is downsizing once again. This time, too, it’s closing tens of millions of square feet of physical offices as the company moves four out of five workers to a long-term hybrid model.

Although the move will cut costs and streamline operations, company CEO Arvind Krishna worries that top talent might have a harder time climbing the ladder.

“When people are remote I worry about what’s their career trajectory going to be,” Krishna said at the Bloomberg Future of Work seminar in March. “If they want to become a people manager, if they want to get increasing responsibilities or if they want to build a culture within their teams, how are we going to do that remotely?”

Discover: 10 Small Changes To Stay on Track With Your Career Goals

Just as IBM blazed a trail in the 1990s, it was Twitter that set the trend early in the pandemic in May 2020. That month, Buzzfeed News reported that CEO Jack Dorsey wrote a company-wide email announcing that newly minted remote employees at Twitter — and soon at Twitter-owned Square — could work from home “forever” if they wanted.

He was one of the first prominent CEOs, tech or otherwise, to publicly approach company-wide remote work as anything more than a temporary stop-gap solution to an immediate crisis.

More: Jack Dorsey, Elon Musk and 21 More CEOs Who Changed How We Live

“We want employees to be able to work where they feel most creative and productive,” a company spokesperson said at the time. “Moving forward, Squares will be able to work from home permanently, even once offices begin to reopen. Over the past several weeks, we’ve learned a lot about what it takes for people to effectively perform roles outside of an office, and we will continue to learn as we go.”

There would still be a home for those who preferred on-site work — but the CEO urged patience. According to Forbes, Dorsey said, “When we do decide to open offices, it also won’t be a snap back to the way it was before. It will be careful, intentional, office by office and gradual.”

Salesforce employee culture was built around big, in-person get-togethers, like the company’s Dreamforce events. All that changed in 2020, of course, and Salesforce pivoted successfully. Part of the change included a new remote-work program, announced in February 2021.

In a company-wide statement, Salesforce president and chief people officer Brent Hyder wrote: “An immersive workspace is no longer limited to a desk in our Towers; the 9-to-5 workday is dead; and the employee experience is about more than ping-pong tables and snacks.”

The statement announced that employees would have three new options. Most employees would be working “flex,” the Salesforce term for “hybrid.” Others would be fully remote and a small portion of the workforce would be office-based, but only if their jobs required it.

More: Employees Would Rather Work From Home Than Get a Raise

Michael Dell began allowing his employees to work from home about a decade ago, and by the time the virus struck, about one in four workers at his namesake computer company were already telecommuting. By May, Michael Dell appeared to have seen the light.

“If it’s going to be a more permanent feature of the workplace, and I’m starting to come to the view that it is, then I might need something different,” CNN reported Dell as saying. He added: “I think if you were skeptical about work from home, you probably aren’t now.”

In August, according to Seeking Alpha, Dell COO Jeff Clarke made a bold prediction about the future of Dell — and the American white-collar workforce in general — with this:

See: Small Businesses That Pivoted Successfully During the Pandemic
Find: Who Is the Highest Paid CEO in Your State?

“After all of this investment to enable remote everything, we will never go back to the way things were before. Here at Dell, we expect, on an ongoing basis, that 60% of our workforce will stay remote or have a hybrid schedule where they work from home mostly and come into the office one or two days a week. And we are not alone. Recent data shows that work from home is likely to increase by 20 points across all-size companies across all sectors.”