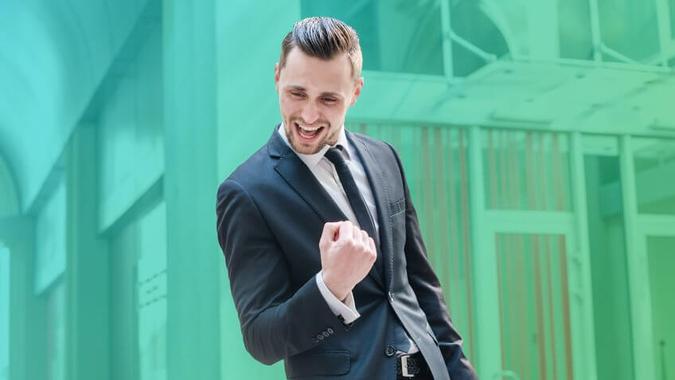 When applying for a job, you want to catch the the hiring manager's attention.

"Competition is fierce and there may be hundreds of applicants vying for the same opportunity,” said Heather Rothbauer-Wanish, author of "Getting Back in the Game: How to Build Your Resume After Taking a Break."

So, how do you go about grabbing someone's eye, exactly? You get creative.

We’ve spoken to hiring managers, recruiters and people with real tales of landing jobs in original ways. Find out what you can do to improve your chances of getting a job. 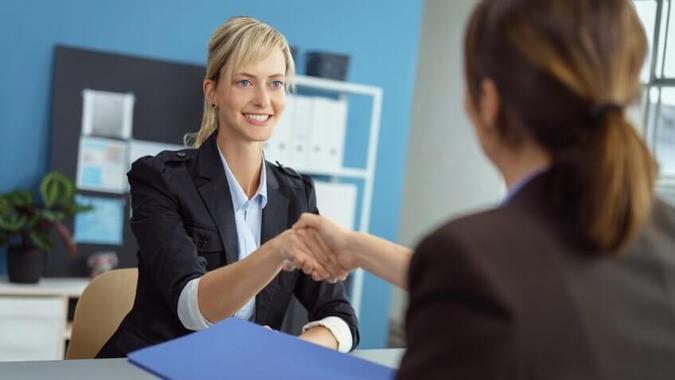 1. Have an Accidental Interview

When you start your job search, everyone says to do your homework. You can read about a company online to learn about the business, but everyone does that. So how do you take your research up a notch?

Ask Jamie Newman, an experienced recruiter and owner of YourBestManager. When he interviewed for his first recruiting gig, he knew very little about the work. The hiring manager suggested he do some research and follow up later.

“I wanted to impress this manager, so instead of just hopping on his company's website or reading a few articles on the human capital business, I decided to actually reach out to someone else within the industry and ask them to tell me what it's like to be a recruiter,” he said.

The recruiter he called graciously accepted his interview questions. Then one thing led to another.

“Fast forward to the end of the conversation and I had no desire to follow up with the first manager who interviewed me," Newman said. "I asked this recruiter how I could get hired at his company and one month later, I was given a job offer, which resulted in an eight-year career with that organization.”

Pro tip: Don’t stalk the hiring manager, or other people in the company, for an opportunity like this. If it’s going to work, it has to be natural. And even though it's an informal interview, avoid making these mistakes. 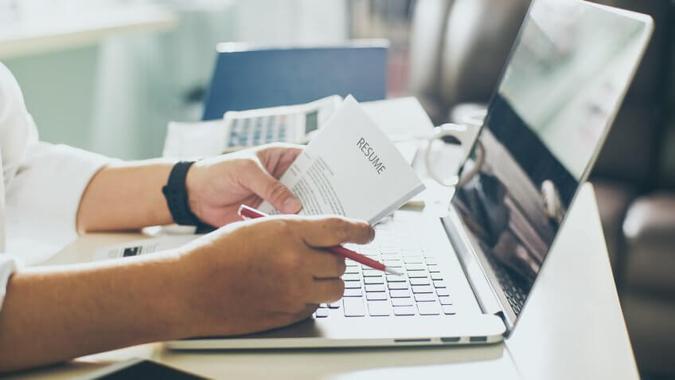 2. Highlight Your Talents on Your Job Application

We don’t literally mean take a highlighter to your resume. What we do mean is find a crafty way to show you’re the perfect candidate for the job.

For example, Rothbauer-Wanish said she received a hard-copy resume in the mail for a graphic design and stylist position that included a colorful puzzle piece that fell from the envelope. The applicant’s cover letter read, “I am the missing piece to your puzzle.”

“This was significant, as we remembered her information and called her for an interview,” said Rothbauer-Wanish. “She ended up being a full-time employee for the company.”

Pro tip: The applicant's approach worked because the position required creativity. If the job you seek is more traditional than artistic, Rothbauer-Wanish recommends showcasing the research you conducted on the company and how your skills align with the company's future needs instead. 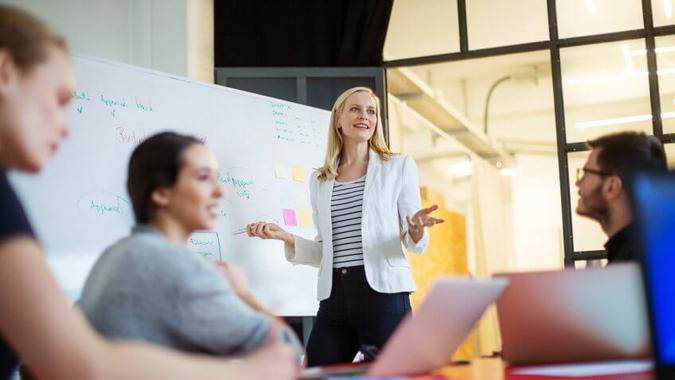 A job interview shouldn’t resemble television shows like “So You Think You Can Dance” or “America’s Got Talent” unless you’re trying out to be a contestant. There are certain instances, however, when a skill is better shown than described on paper.

The Creative Group, a staffing and recruiting company specializing in the marketing and creative industry, recently surveyed over 400 advertising and marketing executives about their opinions on creative — or unusual — resumes or introductions.

One respondent said, “A candidate who also had acting experience put on a mini show to highlight his skills. He hit all the marks and took questions after. It was quite entertaining, but also thorough and professional. He was hired.”

Why did this creative tactic work? The act highlighted the applicant's qualifications and skills in a unique way that complemented his personal brand. The act also proved he did his research, said Diane Domeyer, executive director of The Creative Group.

“Showing a potential employer that you understand their business and can add value to the organization is crucial in an interview,” she said.

Pro tip: If you want to try an unconventional job application tactic, Domeyer suggests you first think it through and ask yourself a few simple questions.

“Does the organization have a company culture that would appreciate a creative approach to an application or interview?" she said. "If so, what skills, talents or past experiences could you apply to the position that would make you stand out? Consider how your approach may be received by different audiences.”

Related: 20 Coolest Job Perks from Google and Other Top Companies 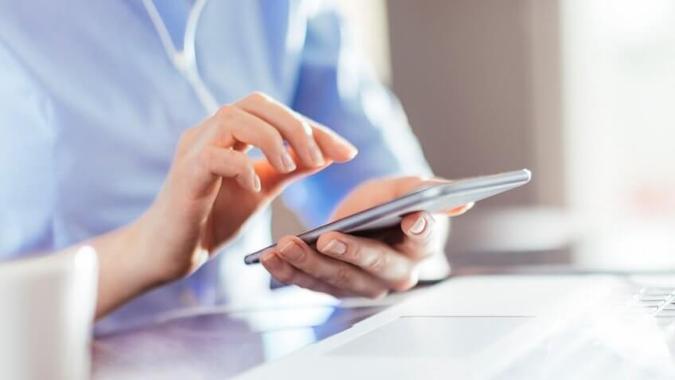 4. Connect Online With a Company’s Decision-Makers

Checking out a company's social media accounts is a great way to do background research, and sometimes the right follow can even land you a job.

“It won't yield you an overnight offer," said Jane Scudder of Never Settle Coaching. "But even if you're happy in your [current] role, begin to connect with people you admire who have public profiles on outlets like LinkedIn and Twitter.”

Scudder said when someone has an open profile it's a cue that they want to be followed. So, if you find the hiring manager of a company you’re eyeing, go ahead and like and re-tweet to get noticed.

“This is relationship building in modern times,” she said.

Pro tip: Don’t use this tactic if your social persona isn't one you'd want to share with potential employers. That may jeopardize any job possibilities. Be professional. 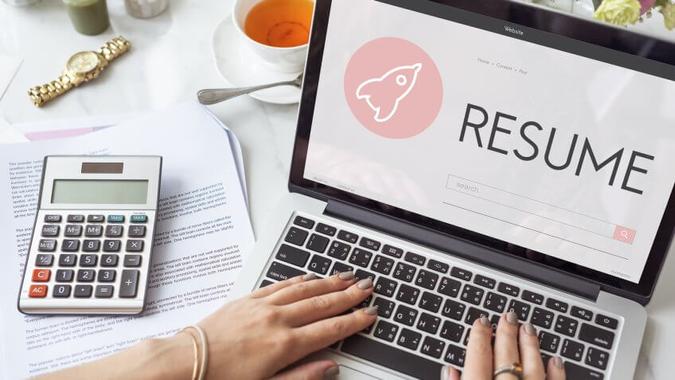 5. Be Original and Thorough

Sometimes just meeting expectations can make you stand out. When so many job candidates aren't, just conveying competence can catch a hiring manager's eye, according to Christy Hopkins, human resources staff writer at Fit Small Business.

“These days, most candidates all apply the same way: they create a resume and a very generic cover letter, and they blanket apply to jobs that a job board matches them with, or ones that they find on there themselves that sound interesting,” she said.

Pro tip: Here's how to use job-hunting apps and still stand out: To put a spin on things, Hopkins suggests having several resume variations geared toward different industries or positions. “One resume simply won't work anymore, nor can it really showcase your knowledge,” she said.

Furthermore, take the cover letter seriously. Hopkins advises creating a unique one that recognizes the company and role you’re applying for. “I get so many cover letters with the wrong company name in the letter. I would estimate 30 percent of applications I see have this issue,” she said.

Another sure way to have your job application stand out is to take advantage of the "additional information" space in an online application when it's provided. Hopkins suggested uploading your portfolio or even creating a hypothetical 90-day plan for the available role. 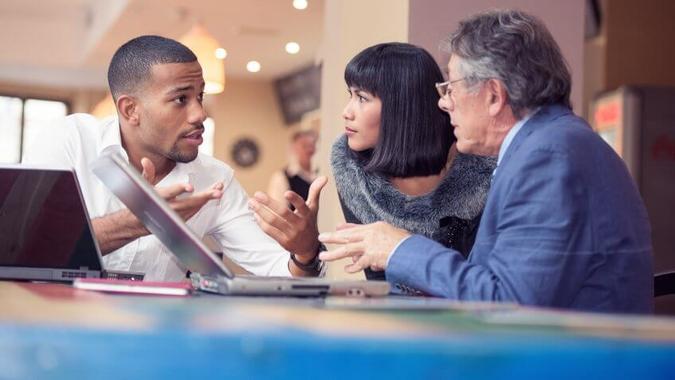 Although the hiring manager typically makes the job offer, you can also put a deal on the table.

Remember the line, "make an offer he can’t refuse?" Darla DeCrecchio tried this tactic. As a recent graduate, she knew she didn’t have the experience many law firms wanted in a paralegal candidate. Once she got her foot in the door with an interview, she made an offer to the hesitant hiring manager.

“Out of complete desperation, I asked the attorney if he would let me work for him for free for two weeks to prove to him that I can do the job," she said. "At the end of two weeks, if I didn't prove him wrong, he could let me go, no questions asked.

The bold move worked. It could for you, too, given the right scenario.

“The look on his face was priceless. He gave me the job right there on the spot, and thankfully, he paid me and didn't hold me to my offer. He told me that anyone who is willing to offer that to prove themselves definitely has something good to offer,” said DeCrecchio.

Pro tip: Make sure your offer doesn't come across as begging or too spur-of-the-moment. That will just make the hiring manager uncomfortable. It’s best to come in with a game plan. 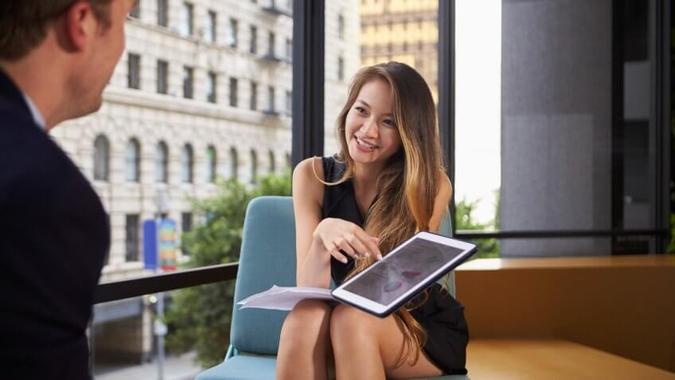 Kindness and empathy can go a long way, particularly in a job search.

Gene Caballero, co-founder of GreenPal, a lawn services company, said it was an applicant's kind gesture that won her a sales job. She had bottles of water in her purse and offered them to the people interviewing her.

“Her timing could not have been more perfect, as we had been in back-to-back interviews and hadn’t been able to leave to grab a quick drink of water,” he said.

Needless to say, she was hired. Of course, she also met the qualifications, but her kind gesture set her apart from the rest.

“People buy products and services from people," Caballero said. "So this was very impressive to see someone interviewing for a sales role who immediately 'broke the ice' by offering something of value before asking for anything. This is sales 101, that most people do not implement at the first juncture of selling yourself in an interview.”

Pro tip: Don’t randomly bring water bottles to each interview. Think about the gesture and how it pertains to the prospective job. Maybe you’re applying for a computer programming position. After researching the company, you discover it's dealing with a technical glitch. Present a solution to the problem during your job interview.

So what’s the takeaway from these strategies? Personalize your pitch while also putting the best you forward.

“A resume or interview is often the first impression that a potential employer will have of you, so it’s important to make it a good one,” said Domeyer. “If you’re unsure how a hiring manager would respond to a creative approach, it’s best to play it safe and let your relevant talents and knowledge shine through.” 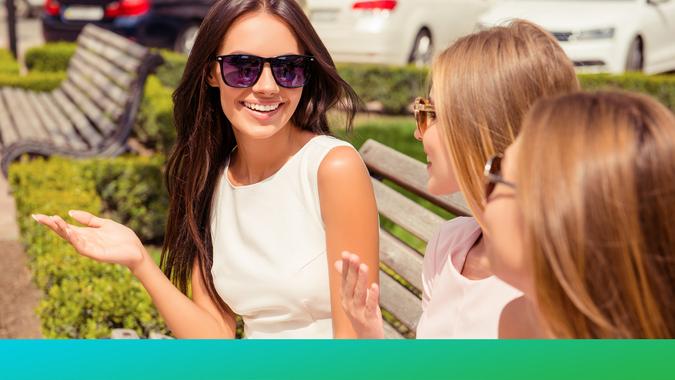 Have You Ever Lied About Your Income?

People lie about money for many reasons. Here's who lies about their salary — and why.

> Money > Jobs > The Most Creative Ways to Apply for a Job