Job Hopping: Does It Hurt Your Future Prospects? Experts Weigh In 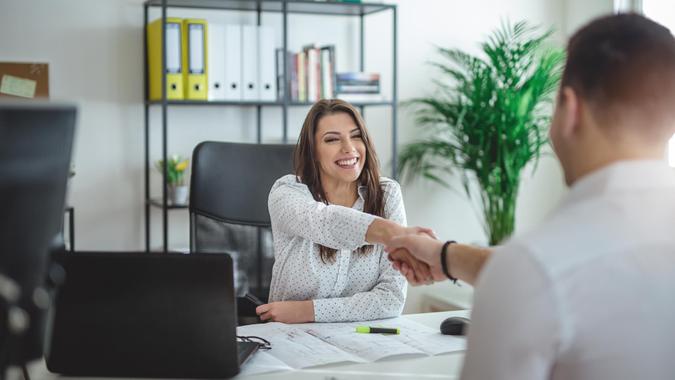 If the Great Resignation truly changed the game — if it empowered workers to abandon their bosses in search of deeper professional fulfillment without consequences — then job-hopping shouldn’t count against you the way it did pre-pandemic, right?

A variety of experts explained to GOBankingRates that while resume volatility has indeed gone mainstream, a pattern of short-lived jobs can still drag you down. If you’re considering leaving your job because you think it’s the right move, that’s one thing — but don’t leave because you think that it won’t matter at your next interview.

The Herd Mentality Cost a Lot of People Good Jobs

The sentiments that fueled the Great Resignation were there long before the pandemic.

“There’s a reason many people have 14 jobs by the time they’re 40,” said Danny Gutknecht, co-founder and CEO of Pathways and author of “Meaning at Work and Its Hidden Language.”

“They’re trying to find what they’re looking for. People are either exhausted from a meaningless exchange of trading time for dollars, or they feel like they are a walking contradiction balancing ambition with not living a life that’s congruent with themselves.”

But while righteous indignation was at the heart of the Great Resignation, FOMO and opportunism fueled the movement, too — and poorly planned career changes are bound to disappoint.

A USA Today/Haris Poll study found that most employees who walked away during the Great Resignation now regret it, and just one in four like their new jobs enough to stay.

Since most Great Resigners didn’t find happiness and are planning to pull up career stakes once again — many are already looking for new jobs — the first round of job-hopping only served to make a second inevitable. Those who do land something new yet again will have three jobs on their resumes within a one-year period.

The experts think that in the long run, that’s bound to matter.

There’s no doubt that the era of the 30-year gold watch is long gone and modern employers have gotten used to an increasingly fickle workforce — and it didn’t start with the pandemic.

“Job-hopping is not as looked down on as it used to be,” said Steven Vigilante, head of new business development at a craft soda company called OLIPOP. “Millennials are notorious for job-hopping, but it’s not necessarily a negative. I think the younger generations realize the importance of doing work that is meaningful and promotes a healthy work-life balance.”

Even so, the profit motive never changes — and job-hoppers can be expensive mistakes that employers know all too well to avoid.

“Based on my experience, I have no doubt that the length of time you stay in a role matters to hiring managers,” said career coach and employment counselor Brian Vander Waal. “While hiring managers understand that people no longer stick with a company for their entire career and often will change their job several times, they do not want to hire someone who will leave the company straight away.”

“First, advertising and recruiting for a role is costly,” said Vander Waal. “It takes a lot of time, money and resources. Second, it costs a lot of time, money and resources to train new staff and get them to the point where they are effectively linked into the company, team, culture and work. Third, if you have been at a company for a brief period, it puts in doubt your commitment, your skills, your reliability, your ability to face challenges, your ability to work well in a team and much more.”

The 2-Year Rule Is Still a Thing, But There’s More to It Than That

Most of the experts who spoke to GOBankingRates said that unless things are really bad, it’s usually best to stick it out for two years so the next employer knows you won’t disappear when the going gets tough.

“This will be just enough for you to get to know the company, its mission and vision, as well as its people,” said Arthur Worsley, founder of The Art of Living.

Two years is still the most commonly cited guideline, but in reality, the right amount of time varies by person, place and situation.

“My take on this is that, rather than solely giving yourself a specific timetable, the first thing you need to do is assess and maybe even create a mental checklist in the process,” said Simon Hansen, founder of TopWorkLife.com. “Assessing your situation, your overall health, the work culture you’re subjected to, your finances, the overall impact your current job has on your life and what you’ll do after you quit are a few things that you should definitely weigh. An informed decision that takes all these matters into account will help you decide which way to go.”

On the other hand, if you know right away that it’s never going to last, don’t drag out the inevitable.

“Speak up if you’ve reached the end of your first day and the role isn’t what you expected,” said recruiting expert Samuel Devyver, CEO of the HR training platform EasyLlama. “If the hiring manager was dishonest about the role’s requirements or there are big red flags about the company that spending more time with them won’t fix, let them know before you waste a pile of time and they waste a pile of money onboarding you.”