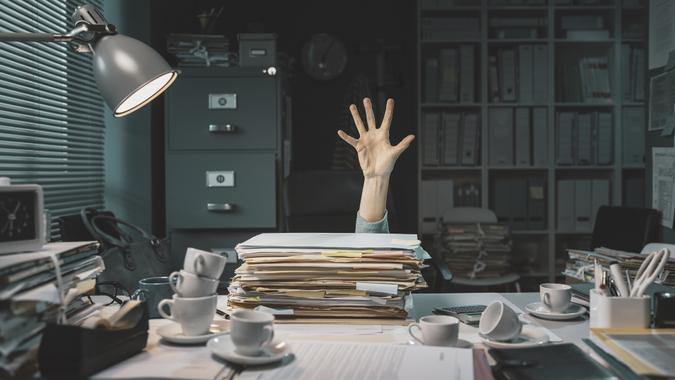 As work evolves, it seems that mundane tasks and added responsibilities are the most frustrating aspects of modern jobs, according to a new study.

A UiPath survey of 2,000 American office workers found that emails are the most irritating of their daily tasks. Forty-eight percent of responders pointed to the writing, responding, following up and sending reminder emails, while some specified other communication-based duties like attending meetings and speaking to team members (37% each).

Monotony flourishes in today’s offices. Many of those surveyed complained about the piling on of mundane tasks and the little time availed to get them done. The average worker has taken on four new tasks outside of their general job description as they lose co-workers and subsequently gain their responsibilities, with 77% no longer knowing what their job entails as a result. Paperwork (59%), outdated software (48%) and repetitiveness (47%) were other common banal work complaints.

Just as mundane job duties dominated the responders’ current job frustrations, opportunities to improve skills (46%) and learning new skills (44%) were the most common responses when asked what could be done to improve their job performance. Workers are looking for meaningfulness as “The Great Resignation” continues to trend.

One way office workers are looking to add creativity and lose the repetitiveness of their jobs is through the help of automation. Sixty-six percent believe automation could replace the bulk of their workday duties, and 74% agreed that they would be more innovative and productive at work if automation took care of some of the more mundane daily tasks.

POLL: What Do You Think of Elon Musk Buying Twitter?
Explore: Companies Rolling Out Four-Day Workweeks — What’s the Worker Response?

When asked of the ways automation could improve performance on the job, the top survey responses were: Creating opportunities to focus on more important work (51%), saving money by reducing the cost of human errors (50%), improving employees work/life balance (48%), increasing productivity (46%) and saving time (45%).