Employment Survey: Most US Employers Plan To Hike Pay and Address Pay Equity in 2022 — What Does It Mean for Workers? 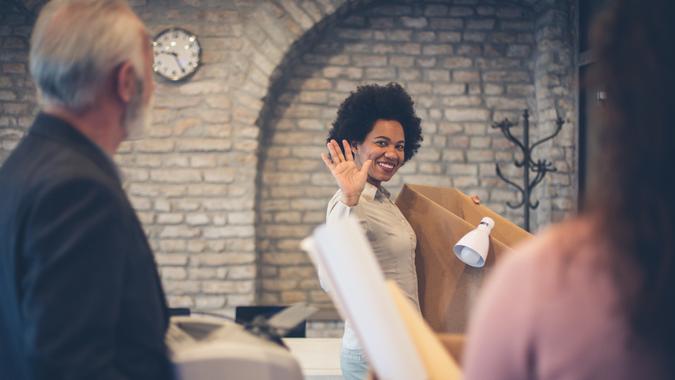 If there was ever a time for employers to offer financial incentives to workers, it’s now, with millions of workers voluntarily leaving the workforce, the U.S. facing a massive labor shortage and American consumers grappling with the highest inflation rate in decades.

See: Renewed Focus on Employee Retention Needed as 4.3 Million Americans Quit Jobs in December
Find: ‘The Great Resignation’ — Who Is Quitting and Which Job Sectors Are Suffering Most?

The vast majority of employers plan to respond by hiking their base pay rates this year, with many offering larger-than-normal raises, according to a new survey from Payscale.

More than four in 10 (44%) plan to give raises higher than 3%, which represents a 13% increase compared to the average over the last six years. The same percentage said pay is the reason they are losing talent.

At the same time, about one-third of organizations that cut or froze pay during the height of the COVID-19 pandemic in 2020 still have not made up for those cuts and don’t plan to.

See: What Companies Really Hide by Not Providing Salary Information

How much impact the planned pay raises have on real wages is another matter altogether. When adjusted for inflation — which has been running at around 7% — the real value of wages has been on a steady decline for the better part of a year, Payscale noted in its report.

“But let’s be honest: Wages were dissatisfactory before that and it’s not the only aspect of the employment experience that has driven people to rethink what they want out of life,” the report said. “Workers are seeking better opportunities. At first, this was called the Great Resignation, then the Great Reshuffle, but in truth, it’s both. It’s a Great Reevaluation. People want better.”

Clearly, more organizations are thinking about the impact of compensation when it comes to staff. Eighty-six percent of organizations said they either have a compensation strategy in place or are working on one in 2022, up from 76% a year ago. However, only 53% said they are “fairly confident” or “very confident” in the effectiveness of their total reward package to attract and retain talent.

Meanwhile, more organizations are also looking into pay equity this year. More than half (52%) plan to do a pay equity analysis in 2022, the first year a majority planned to do so. This is a positive development considering that only 36% know what their organization’s gender pay gap is and only 29% know their racial pay gap, the survey found.

Women on average earn 82 cents for every dollar earned by men, CNBC reported, citing a separate Payscale survey. Women earn 2 cents less even when they have the same employment characteristics and similar jobs as men. Over a 40-year career, this disparity costs women about $80,000, according to the firm.

Black women earn 97 cents for every dollar earned by a white man when accounting for similar jobs and qualifications. Black men earn 99 cents based on the same standard.