Even in the Creator Economy, Wealth Stays With the Top 1% 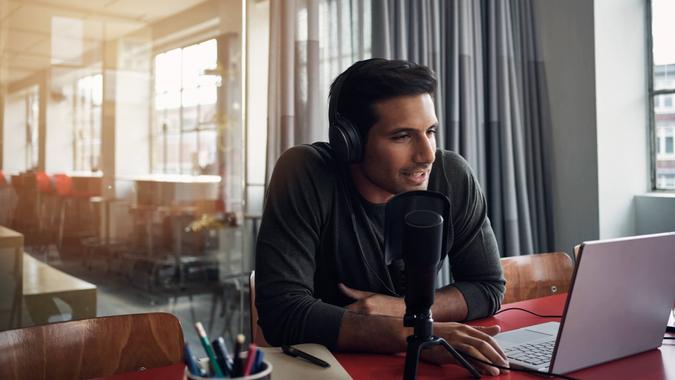 The top 1% of the wealthiest people control about 82% of the world’s wealth, according to a 2018 Oxfam report. In the U.S., the top 1% have over 14 times more money than the bottom 50%, Federal Reserve data shows.

See: Creator Economy Explained & 6 Ways to Make Money in the Industry
Find: How Much Money Can You Really Make From Social Media?

Systems such as the creator economy, designed to give everyone a fair chance to accrue wealth, seem to produce the same disparities. Even in these online ecosystems, the majority of wealth flows toward a small percentage of high performers. Recent data shows that the top 1% of content creators on various platforms earn the majority of the money through those platforms.

Internet theorist Clay Shirky observed the phenomenon with websites and social media back in 2003, calling it “Power Law Distribution.” He wrote: “In systems where many people are free to choose between many options, a small subset of the whole will get a disproportionate amount of traffic (or attention, or income), even if no members of the system actively work towards such an outcome.”

Today, this is playing out on social media, streaming platforms and sites where income for the creators is based on ads, views or subscriptions.

See: What Is Patreon? How Content Creators Are Using the Platform to Make Money
Find: How to Make Money Blogging in 2021 — Your Guide

For instance, the top 1% of all streamers on Twitch earned more than half the total revenue on the platform in 2021, according to a report in The Wall Street Journal. A massive Twitch hack revealed information on creator payouts dating back from 2019. The platform’s top earner made over $9.6 million from 2019 through the date the information leaked, Entrepreneur reported. The BBC noted that the leaked figures probably do not include endorsement deals.

Similarly, the top 1% of all podcasts receive 99% of the downloads, Axios reported. These downloads ultimately translate to ad revenue, which brought in $30 million for The New York Times podcast division in 2019 and tens of millions for Vox Media, according to Axios. Individual podcasters can earn money from ad revenue or through contracts with streaming services. For instance, Joe Rogan reportedly earned more than $100 million through an exclusivity contract with Spotify.

See: How Much Do TikTokers Make? Here’s 7 of the Highest-Earning TikTokers
Find: How to Make Money Using Your Existing Hobbies and Talents

However, these tipping features have not bridged the gap in revenue between top creators and others. TechCrunch reported that Twitter’s new Super Follows feature, which lets a select group of high-profile creators charge fans a subscription fee for access to special content, only brought in $6,000 in revenue in the first two weeks it was rolled out.