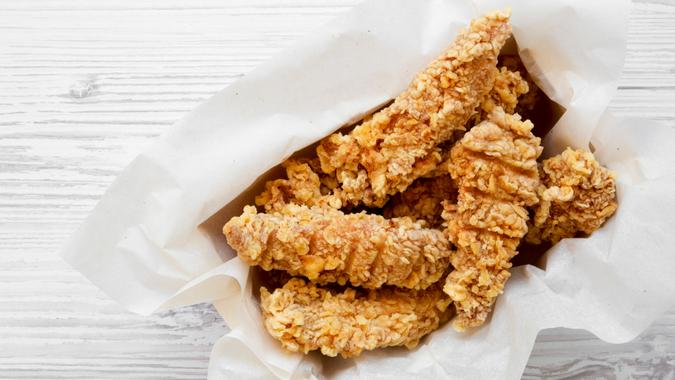 Beware, all you corporate suits in your nice offices: If your company has a hard time finding front-line workers — as many are this year — you might need to bone up on your customer service and production skills, just like corporate employees at a Louisiana-based fast-food chain.

See: 5 Teen Jobs That Don’t Exist Anymore — and How To Make Money Instead
Find: Second Jobs Are Becoming More Popular — Here’s How To Pull Off This Juggling Act

That chain, Raising Cane’s Chicken Fingers, aims to overcome severe labor shortages in the restaurant industry by asking 250 of its corporate workers to work as fry cooks and cashiers, CNN reported.

Raising Cane’s, based in Baton Rouge, La., has 750 corporate employees between its Baton Rouge and Dallas offices. In addition to the 250 being dispatched to front-line jobs, another 250 will move into other restaurant and employee recruiting jobs.

Raising Cane’s will have to dip into its corporate funds to put the reassigned employees up in hotels for a week or two. On the plus side, most of these employees already have training as fry cooks or cashiers.

The move demonstrates just how desperate some employers are to fill jobs in the current environment. As GOBankingRates recently reported, not even the end of enhanced unemployment benefits in early September has done much to fix the nation’s labor shortage. And hopes that more people would go back to work as COVID-19 cases eased have been beaten back by the Delta variant.

The September jobs report didn’t do much to raise anyone’s hopes, with the U.S. economy adding only 194,000 jobs for the month — well below the Dow Jones estimate of 500,000.

Raising Cane began to feel the impact of the labor shortage in mid-September when online job applications suddenly decreased.

“Pretty soon we had to start dropping hours of operations, we had to cut down some of our channels, like mobile ordering and dining rooms,” Kumaran told CNN.

The company aims to hire 10,000 more people in 50 days, and plans to lure potential workers by investing about $70 million in higher wages.