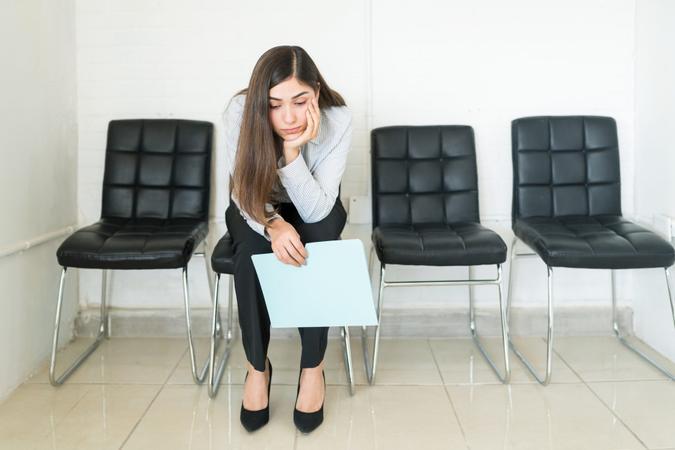 Older Gen X workers seem to be shouldering the unemployment crisis as they face persistent and rising pressure in the global job market. They are unemployed for much longer than the median, and their age is one of the greatest barriers to their finding a job, as hiring managers have a strong perceptional bias against 45+ job candidates, according to a new survey.

The Meeting, the world’s midcareer challenge survey, by Generation, finds that of those who are unemployed, 63% of those 45+ have been unemployed for longer than a year, versus 52% of those 35-44 and 36% of those aged 18-34.

Those from underrepresented communities face even greater barriers: they engage in 53% more interviews to get a job offer.

The survey notes that its research also confirms “strong evidence that perceptions of ageism are well-founded,” as hiring managers believe that members of this age cohort have poor skills and low adaptability.

Hiring managers strongly favor job candidates aged 35-44 over 45+ individuals. Indeed, according to hiring managers, this younger group greatly outperforms the 45+ cohort in every area of evaluation. Candidates aged 35-44 are much more often seen as the most application-ready group, in the sense of having well-prepared documents and portfolios, offering good referrals and doing well in their interviews, the survey finds.

In addition, the survey notes that hiring managers are more inclined to rate those 35-44 as having the best experience, in terms of relevant education, salient prior work and the right technical skills for the job. That age cohort is also more often thought to be the group that has the best fit, demonstrating strong behavioral and mindset skills and has a persona that suits the dynamics of the team, the culture of the workplace and the industry in general, according to the survey.

Asked to cite the three characteristics most likely to hamper the success of 45+ individuals in the job market, hiring managers most often mention reluctance to try new technologies, inability to learn new skills and difficulty working with coworkers of a different generation.

“In a global workplace that increasingly demands more skills and qualifications, is being transformed by new technologies and requires deeper collaboration with colleagues, this is a daunting set of concerns,” the survey notes. “For midcareer workers everywhere, the diverging paths ahead are especially stark: if we choose to recognize the talents of this group and help them adapt to workplace disruptions, we can prosper together. But if we stick with the status quo, a bad situation will only get worse.”