Were You Ghosted by a Recruiter? Here’s Why It Happens 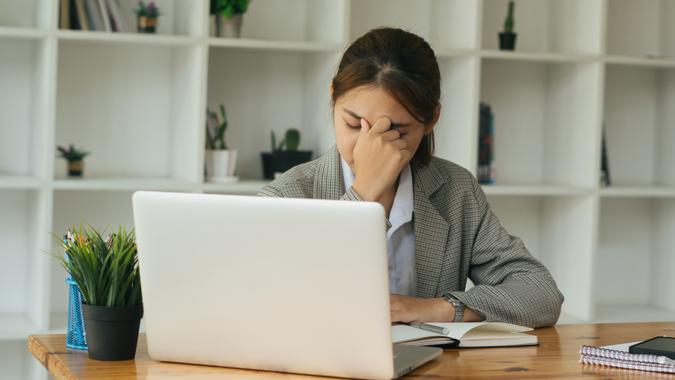 One of the first rules of job hunting is that you should never take rejection personally. There could be any number of reasons you weren’t hired that have nothing to do with your qualifications. This applies to being ghosted by recruiters as well.

See: The Best Cities With Great Weather To Retire on $2,000 a Month
Find: 7 Things You Should Never Do When Planning For Retirement

“Ghosting” is what happens when recruiters or hiring managers suddenly stop contacting job candidates. This usually occurs with no warning or explanation — even after days or weeks of dialogue. It’s a frustrating experience for several reasons, not the least of which is that you don’t even get a courtesy message saying the job is no longer open or you just weren’t the right fit.

One thing to keep in mind is that sending a resume without hearing back is not considered ghosting, according to FAANGPath, which provides professional mentoring and career services. The “ghosting” part usually kicks in after you’ve undergone phone screenings and/or interviews.

If you have been ghosted by a recruiter, there are some steps you can take to re-establish contact. FAANGPath recommends following up with your recruiter by sending a simple email thanking the recruiter for their time and help. If you don’t get a reply, wait three days for the next follow-up email and then five more days for the third and final follow-up. At this point, you are better off moving on.

You should also take the time to dig into why you might have been ghosted, in order to prevent it from happening again. Review areas you could improve on next time, such as doing more research about salary expectations or finding out if the recruiter has a history of ghosting job candidates. If the latter circumstance applies, maybe you should mark that recruiter off your list.

Discover: 9 Dollar Tree Items To Stock Up On This Summer
Cash App Borrow: How To Borrow Money on Cash App

Finally, don’t take it personally. As FAANGPath notes, recruiters might receive thousands of applications for a single position — which makes it all but impossible to personally reply to all applicants, even after going through the first couple steps of the hiring process. It may be worthwhile to accept that ghosting is part of the job-hunting experience, rather than being discouraged when it does happen to you.