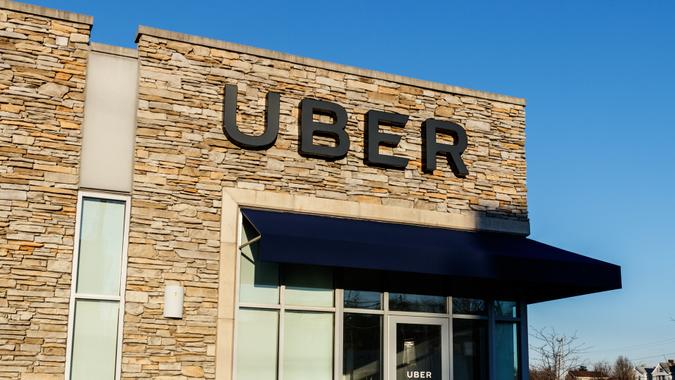 Following its earnings release, Uber CEO Dara Khosrowshahi said the company would slow down its hiring to address a “seismic shift” in investor sentiment, according to reports.

See: Uber Reports $5.9 Billion Loss — Should You Worry About Your Stocks?
Find: 22 Side Gigs That Can Make You Richer Than a Full-Time Job

“After earnings, I spent several days meeting investors in New York and Boston,” Khosrowshahi said in an email to employees sent May 8, obtained by CNBC. “It’s clear that the market is experiencing a seismic shift and we need to react accordingly.”

Tech stocks have been volatile for some time now and have recently suffered a massive selloff. Now, some analysts say they have been “dead wrong” about being overly bullish, particularly in light of the current macro environment, as GOBankingRates previously reported.

In April, the Nasdaq had its worst monthly performance since Oct. 2008, bringing its losses for the month to more than 13%, according to The Wall Street Journal. The WSJ added that the index is down 21% in 2022, its worst start to a year on record.

In turn, Uber said that it will take several steps, including cutting down on marketing and hires, CNBC reported.

“We have to make sure our unit economics work before we go big,” Khosrowshahi said in the email. “The least efficient marketing and incentive spend will be pulled back.”

“We will treat hiring as a privilege and be deliberate about when and where we add headcount,” he added. “We will be even more hardcore about costs across the board.”

Wedbush Securities analyst Dan Ives said in a note that while Uber delivered solid first-quarter earnings, they “were overshadowed by Lyft’s disaster “1980’s Rock Star-like” spending guidance for 2022. Indeed, Lyft reported first-quarter earnings on May 3, with revenue reaching $875.6 million versus $609.0 million in the first quarter of 2021 — an increase of 44% year-over-year. The worrying guidance the company provided for the second quarter about the need for additional driver incentives, however, sent the stock tumbling, as GOBankingRates previously reported.

“Uber saw a rebound in all key ridesharing metrics that further indicate a consumer ridesharing rebound is on the horizon which speaks to our positive recovery name thesis on the name,” Ives wrote in the note sent to GOBankingRates. “Dara & Co. are being much more prudent than Lyft around promotions to bring back drivers to the platform which is the smart move for the long term.”

Ives added Uber’s cross-platform capabilities (such as Uber Eats) are proving to be a differentiating factor right now, both on the consumer side and the driver/courier side, and is helping it navigate the COVID-19 rebound more efficiently.

POLL: Do You Think the Fed Raising Rates Will Help or Hurt the Economy?
Discover: How Much Do Uber Drivers Make? Is It Worth Your Time?

“The stock continues to be tied at the hip perception-wise with Lyft with the Street viewing Uber/Lyft as the “Starsky and Hutch” of ridesharing in tandem. That said, this Uber sell-off is a complete overreaction in our opinion and we would be buyers at current levels,” he added.