Amid Great Resignation, 4.8 Million Working Parents Suffering ‘Preventable Burnout’ — How Can It Be Fixed? 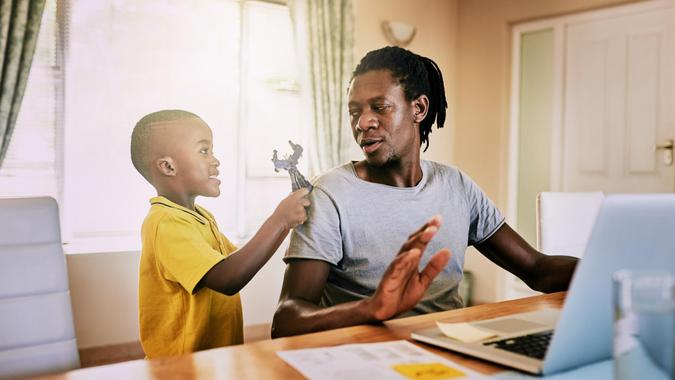 The impact of the pandemic continues to rock the U.S. labor force as employees are increasingly refusing to put up with unsupportive, inequitable workplaces and many companies are struggling to retain and recruit talent, according to a new survey. Now, the survey finds that 4.8 million parents are suffering from “preventable burnout” amidst this Great Resignation.

Learn: Will SNAP Benefits Be Affected by the Christmas Holiday?Unemployment Fraud: Thieves Use Fake Job Ads To Collect Benefits

The survey, conducted by Maven and Great Place to Work, found that one in four working parents are suffering from burnout at work, signaling even more may exit soon.

Other recent research suggests that 64% of working parents are considering a career change, including leaving their jobs. While many companies are searching for ways to stop employee burnout and talent drains, leading employers are shifting their focus and moving beyond simply “retaining” their working parents. These employers are making investments in “sustaining” working parents, ensuring this talented group stays and thrives long into the future, the survey noted.

Lana Peters, VP of the Americas at HR tech platform Hibob, told GOBankingRates that “it’s unfortunately not a surprise that so many workers are experiencing preventable burnout.”

“At the beginning of the pandemic, many workers extended their hours due to being in lockdown, and have been struggling to break that habit, but striking a strong work/life balance is critical for all workers,” Peters added.

There are five keys to retaining and sustaining working parents, according to the survey. “Working parents are at their best when they have benefits that support their unique needs, and when their work environment is empathetic, psychologically safe and accepting of who they are,” the survey noted.

Peters said that the responsibility for work-life balance is on employees themselves, but also on managers and leaders.

“Companies must create cultures that support flexibility, collaboration and transparency,” Peters stated. “Leveraging strong, modern HR technologies is an important part of this, and training managers to effectively support and mentor staff is also imperative, especially as managers have become the strongest culture-drivers within organizations. By working hand-in-hand, workers and their managers can create a workplace environment that is more sustainable and better supports a balanced lifestyle.”

The survey concluded by saying that in the shadow of the Great Resignation, stronger retention is a powerful advantage companies can’t afford to ignore.

“Leaders that deliver on the five keys will maximize the full potential of their working parents and help their businesses thrive,” the survey found.

Explore: The 7 Best Side Hustles for ParentsStimulus Update: Will December’s Child Tax Credit Payment be the Last?

Indeed, the Labor Department’s Job Openings and Labor Turnover Survey (JOLTS) report that came out on Wednesday, Dec. 8, showed that the number of Americans who quit their jobs in October remained high, decreasing only slightly to 4.2 million, down from a record 4.4 million in September, as GOBankingRates reported.

In addition, the number of job openings increased to 11 million in October, from 10.4 million in September, demonstrating the continued tight labor market, underscored once again by the discrepancy between demand and willing workers underscoring that the Great Resignation is far from over.