A recent LinkedIn study on U.S. salary and job data found that, among the top 100 highest paying jobs in the country, women represented only 30 percent of the workforce. On that list, only three of the top 100 jobs employed more women than men.

Human resources was by and large the field where women were most prevalent, with the vice president of human resource role being 68 percent female on average. Marketing and healthcare also saw a smaller gender divide, with between 45 and 49 percent of those roles held by women.

On the other side of the spectrum, technology took the title of least female-friendly industry — 10 of the top 100 jobs were in the technology field, and six of those showed the lowest representation of women of the bunch. Only 5 percent of chief technology officers were women, and orthopaedic surgery followed suit with just 7 percent of women in a high-earning role.

Keep Reading: 8 of the Richest Women in History

The good news? Closing the gender wage gap has become a prominent topic of discussion worldwide. Iceland celebrated International Women’s Day by becoming the first country to mandate equal pay, passing a law that will require both public and private businesses to prove they’re paying all employees equally.

U.S. professions where women stand to earn the most include producing and directing, marketing and sales, education administration and human resources. 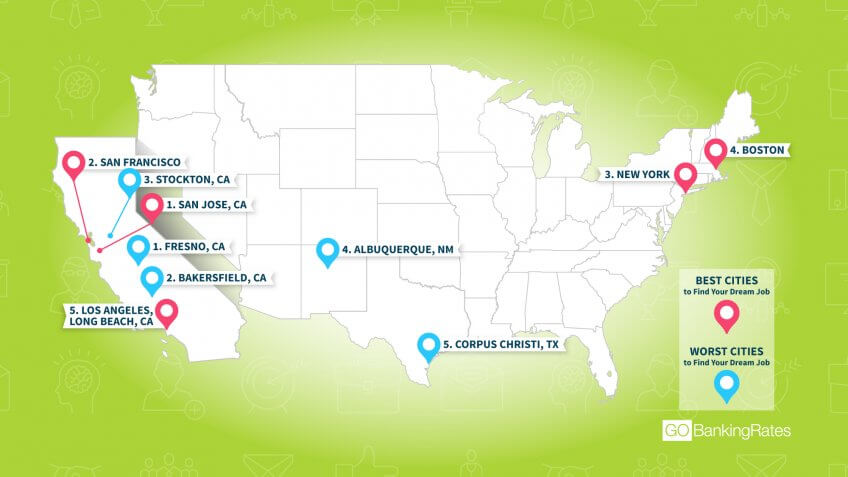 Best and Worst Cities to Score Your Dream Job

Avoid the worst cities to live in, and find an area with more attractive job prospects.