The Hottest Job Markets Are in These Mid-Size Cities 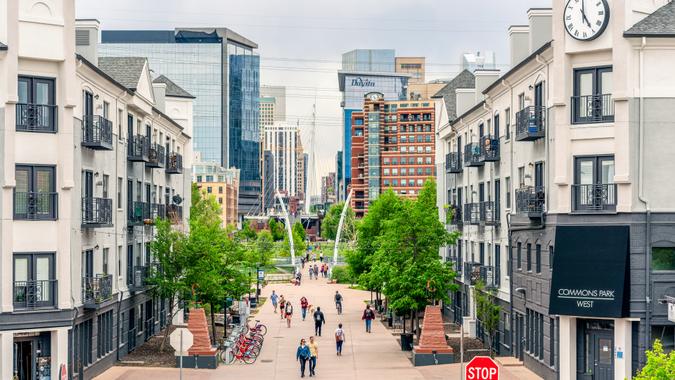 If you’re looking for a job, you might want to steer away from big cities. A new study finds that while the hottest job markets in the U.S. are spread out in five different states, they are all in mid-size cities.

Discover: 50 Ways You’re Throwing Money Away
Find Out: How To Get Rich With a Normal Job

And what they found is that the best job markets are all in cities with a population under 2.3 million. According to the Wall Street Journal, they’re in states with fairly low-income taxes, or none at all, and their climates allow for outdoor activities all year round.

So, which are they?

First, Austin, Texas. The city is becoming a tech hub and “has the highest share of people working or looking for jobs and the highest growth in payroll employment,” according to The Wall Street Journal. It is also becoming a crypto hotspot for hires, according to LinkedIn data, as GOBankingRates previously reported.

And let’s not forget that Tesla opened a Gigafactory in Austin earlier this month. Oracle also moved its headquarters to the city in 2020.

The Internal Revenue Service is also making a push in the city, saying in March that it is hiring more than 5,000 positions in its service processing centers, including the one located in Austin, as GOBankingRates previously reported.

Next on the list are Nashville, Tennessee; Raleigh, North Carolina; Salt Lake City and Jacksonville, Florida, according to The Wall Street Journal.

Larger cities remained at the bottom of the rankings this year, with New York taking 41st place, Chicago at 40th and Los Angeles at 26th, The Wall Street Journal adds.

Read: 10 Things You Always (and Never) Should Buy at the Dollar Store
Learn: 6 Household Staples That Are a Waste of Money