When women opt to take a career break, it might be to devote more time to family or for other compelling reasons. But getting back into their previous line of work or landing a dream job can be somewhat challenging for these women, especially if their reason for exiting was to be a stay-at-home mom.

When trying to re-enter the workforce, these stay-at-home moms might boast a wealth of past professional experience, but somehow, many employers don’t give these moms the credit they deserve.

Some moms have made a fortune in business, but plenty of others are having a hard time even getting a callback when they apply to jobs.

Bleak Stats for Parents Who Want to Get Back to Work

Kate Weisshaar, assistant professor in the sociology department at the University of North Carolina, Chapel Hill, conducted a study on moms who chose to put their careers on hold. She found that, when trying to return to the workforce, stay-at-home moms are half as likely to get a job interview as those women who were laid off.

As part of her study, Weisshaar sent out over 3,000 resumes to job ads for professionals — including accountants, HR managers and financial analysts — in 50 cities across the U.S. Resumes were for three different types of applicants: employed without employment gaps, unemployed and stay-at-home parents. She then tracked how many received either an interview or a request for more information.

Learn: 8 Ways to Make Your Resume Stand Out From the Pack

To find out the reasons behind employers’ attitudes toward mothers who temporarily left the workforce, Weisshaar conducted a survey. “Respondents viewed stay-at-home parents as less reliable, less deserving of a job and — the biggest penalty — less committed to work, compared with unemployed applicants,” Weisshaar said in her Harvard Business Review article, “Stay-at-Home Moms Are Half as Likely to Get a Job Interview as Moms Who Got Laid Off.”

“These findings suggest that employers are concerned about stay-at-home parents’ prioritizing family over work. Employers may worry that such an applicant will decide to leave work again or that they will face difficulties transitioning back to work,” Weisshaar wrote.

Fortunately,  the prospect of returning to the workforce isn’t as bleak it is might seem, thanks to companies that specialize in career re-entry, like iRelaunch, which works with employers like IBM, Ford, Dell and Johnson & Johnson to create paid internship programs for returning workers.

And iRelaunch isn’t the only advocate for those seeking to restart their careers. Other companies in this space include The Mom Project, OnRamp Fellowship Project — for women coming back to legal and financial professions — and Path Forward.

Check Out the Few: Jobs Where Women Make More Than Men

Although it’s unlikely that women who have put their careers on hold for family can re-enter the workforce in the same place they exited, there is hope to eventually get back to that place with the right attitude and efforts.

“Success in returning to work has less to do with age or number of years out of the workforce,” said iRelaunch co-founder Carol Fishman Cohen. “The biggest factors in a successful relaunch are getting clarity on one’s career goals and being relentless about going after them.”

When you’re trying to re-enter the workforce, check out some of the most creative ways to apply for a job.

The piece has been updated to include a direct quote from Carol Fishman Cohen; the quote originally included was from a secondary source. 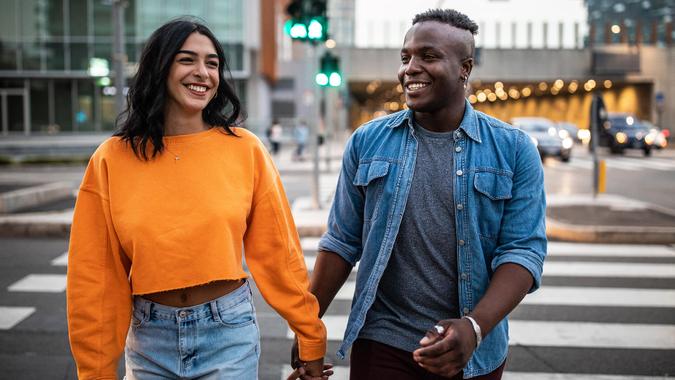 10 Things to Know About Working With Your Spouse

Find out the best tips to handle working with your spouse.

> Money > Jobs > Moms: Here's Why You Aren't Getting That Job Callback