It’s a new year, a new you and you have your eye on a pay raise. But how to get it? Some experts say to volunteer for more projects to make yourself stand out. Others say to stop asking for advice and start giving it. Those are great ideas, but what if the answer isn’t a great idea at all? In fact, what if the answer lies in a really bad one?

“Reverse thinking” or “wrong thinking” is a counterintuitive approach that says you should start with the worst idea possible so that you can eventually get to your best one. The process inevitably involves failures — but can also lead to major success. Designers, chefs, scientists and a whole host of others swear by this brainstorming method to get the results they want, and it can work for you, too. Keep reading to learn how your worst ideas could help you get your next pay bump.

You Can Take the Pressure Off of Everyone

There’s nothing quite as sweat-inducing as having the boss ask for ideas during a meeting and hearing crickets. It feels like being back in school and the teacher might call on you at any moment. But the truth is, the silence is stressful for the boss, too.

Instead of slinking down in your seat and hoping for the best, what if you said the first thing that came to your mind? Speaking up, whether it’s a good or bad idea, gets the conversation rolling and takes the pressure off of both your co-workers and your boss — something he or she will surely appreciate.

Check Out: Use Your Body Language to Win Mentors and Earn Raises

Wrong thinking is a way to be creative, think outside the box — sometimes far outside. Though you might fear getting a little out there with your spit-balling, this is just what your boss is looking for.

According to the World Economic Forum’s “The Future of Jobs” report conducted in 2016, creativity is anticipated to be the third most important skill with employers come 2020. There is still another year to go before it can be determined if this is true, but it tells you the direction employers are headed. Cognitive flexibility (i.e., not saying the same thing as everyone else), critical thinking and complex problem-solving were also in the top 10, and reverse thinking can help you hone all of these skills.

You Will Convey Confidence

If you’re the person in the meeting who is willing to throw out some bad ideas, you’re communicating to both your boss and co-workers that you aren’t afraid to take risks. You’re saying that you’re confident and willing to speak your mind.

Confidence is one way to improve your chances of getting a job. It’s also a great way to get a pay raise when you already have a job.

A New Point of View Could Change Things

In a piece for Harvard Business Review, Ayse Birsel wrote about Mickey McManus, an AutoDesk research fellow and chairman of Maya Design, who had swapped roles with his intern Lisa Rotzinger. By putting her in charge of important research, they both learned a great deal. In fact, it turned into a research project that Rotzinger presented to 400 clients and executives.

By throwing your preconceived notions out the window and looking at things with a fresh set of eyes, you are able to see new opportunities and solve problems. And that is sure to turn the right heads at the office.

These Can Help: 11 Incredibly Important Work Skills That Money Can’t Buy You

You Could Be Considered for New Projects and Responsibilities

If your boss needs help with a project, who do you think he or she is more likely to turn to — the employee who throws a bunch of ideas at the wall and has one good one stick, or the one who doesn’t contribute at all?

Using reverse thinking as a brainstorming technique tells your boss that you’re not afraid to stretch yourself and go outside of your comfort zone. So it stands to reason he or she might consider you when new projects or responsibilities arise. Taking on these tasks can help you get that pay raise.

You Will Gain the Trust of Those Around You

You might think you’re supposed to have all the answers but that’s not reality. No one has amazing ideas 100 percent of the time, and you might actually find by admitting this that you appear human in the eyes of those around you.

Actress Amy Poehler said it best when she said to Elle magazine, “I like the person who commits and goes all in and takes big swings and then maybe fails or looks stupid; who jumps and falls down, rather than the person who points at the person who fell, and laughs.”

You Will Learn How to Take Constructive Criticism

Bursting into tears every time the boss gives you a piece of criticism isn’t a good way to get ahead. You have to be able to get feedback, digest it and then use it to improve.

If you offer up ideas that aren’t always the best, your boss will likely pass on some of them. This is a great opportunity to thicken your skin a bit. A “no” isn’t the end of the world. You can keep on brainstorming and, eventually, you’ll stumble upon an idea that your boss really likes.

You Will Understand the Big Picture

People who get promoted to management positions are often big thinkers. It’s not that they have the best ideas, it’s that they are able to see the long-term goals of the company and they don’t get lost in the tiny details.

Reverse thinking can help you see the big picture. If you mentally imagine the worst possible ideas for your company — “We give employees 100 percent raises,” “We call customers in the middle of the night to ask how well they like our brand,” “We close up shop for two weeks” — you can better understand the things your company actually wants to accomplish and how to get there.

You Will Improve Your Peers — and in Turn, the Business

When you toss out bad ideas, you’re encouraging those around you to do the same until you arrive at good ones together. Joel Anderson, who does collaborative writing with sketch comedy group Duke, knows all about this process. “Sometimes the best idea isn’t even possible to arrive at until you’ve started exploring some of the really bad ones,” he said. “You have no idea how your little scrap of an idea is going to bounce around in someone else’s head until it’s out there. Sometimes, your really terrible idea is just the link necessary to help a teammate reach a major breakthrough and take what you’re working on to the next level.”

Click through to read more about how one woman accidentally got a raise her first month on the job. 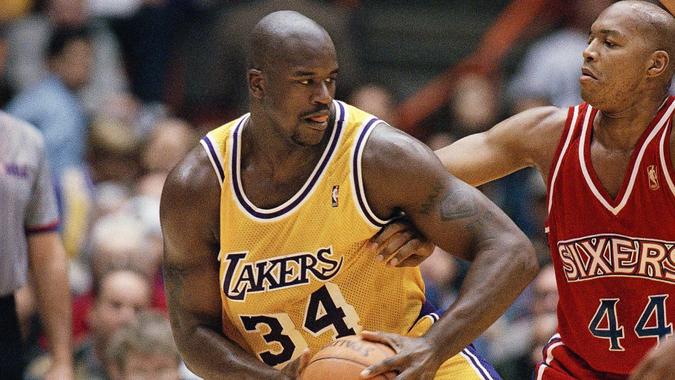 The basketball legend is an investor in a new job search app.