The salary you agreed to work for never seems to match up with your paychecks. That’s because — thanks to taxes — you don’t get to keep all of the dollars that you earn.

GOBankingRates conducted a study to determine the amount of money you have to make to actually bring home $100,000 after taking out taxes, including federal, state, local income and payroll taxes.

Payroll taxes include the Social Security tax, which does have a maximum amount of income it applies to, and the Medicare tax. Federal income taxes and payroll taxes are the same no matter where you live, so it’s state and local taxes that make the difference in this study.

While taxes probably aren’t your only consideration when deciding where to live, knowing how much of your paycheck you’ll get to keep after taxes can help you make a more informed decision about how salaries in different states compare. 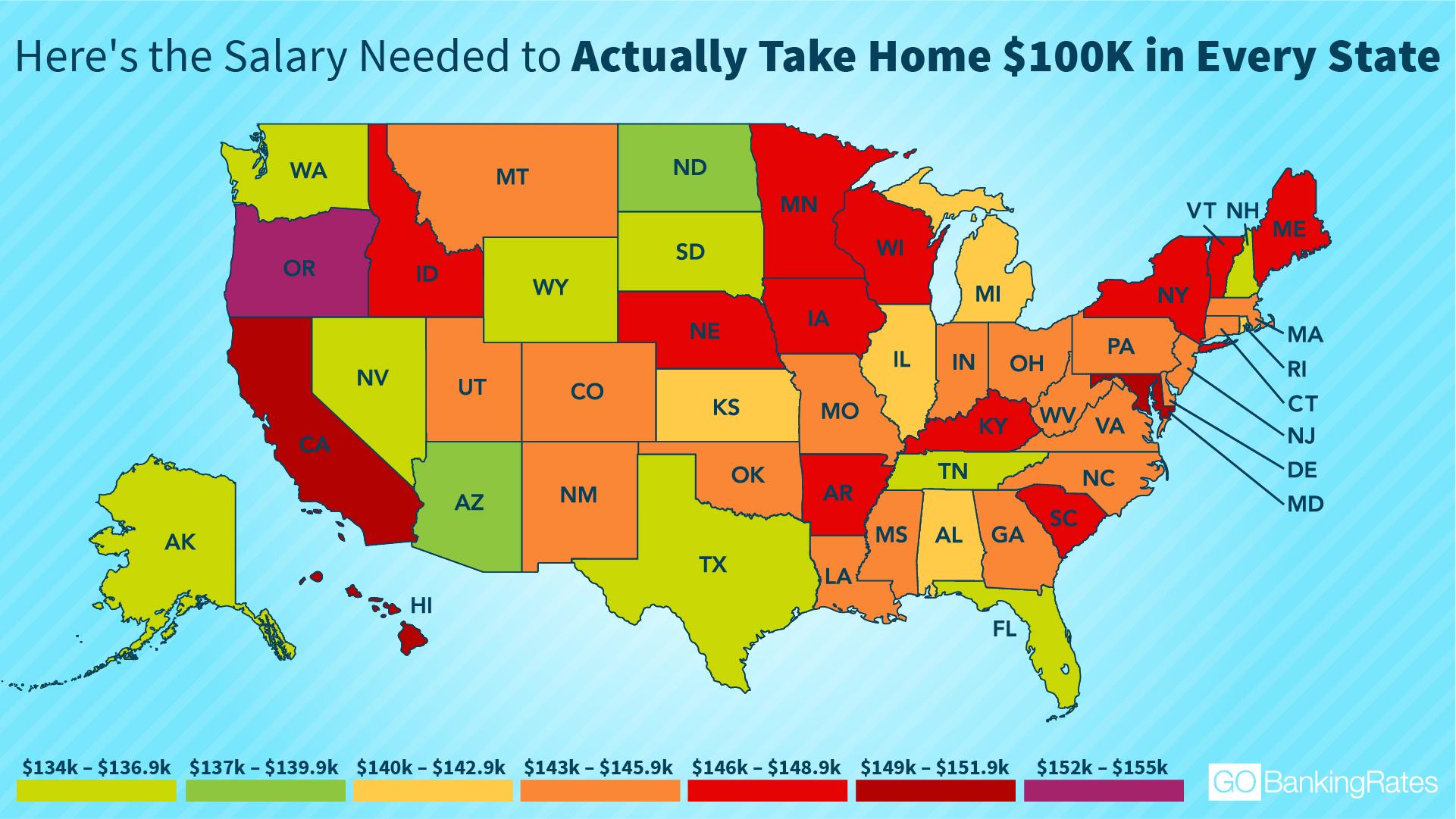 Find Out: How Do You Compare to the Average Income in Your State?

The biggest winners in the study are led by the states with no income tax: Alaska, Florida, Nevada, South Dakota, Texas, Washington, and Wyoming. Two other states sneak in the top nine: New Hampshire and Tennessee.

New Hampshire has an income tax, but it’s only 5 percent and it only applies to interest and dividend income — your wages aren’t subject to state income taxes. Tennessee also taxes interest and dividends. For the 2018 tax year, the rate is 3 percent, but it is scheduled to decrease 1 percentage point each year until it is fully repealed in 2021.

Because none of these states impose an income tax on wages, the salary you need to make to take home $100,000 is the same in all of them: $134,630, meaning you get to keep almost 75 percent of your salary after taxes in these states. Only a few other states allow you to keep over 70 percent of your income: North Dakota, Arizona, Illinois, Alabama, Michigan and Kansas.

Want to Avoid High Taxes? Retire in One of These 10 States

Western states Hawaii and Idaho also fall in the bottom five, with the only East Coast state in the bottom five being Maryland, at the third-highest pretax income to keep $100,000. Other states that leave you with less than 68 percent of your pay when you’re taking home $100,000 are New York, South Carolina, Kentucky, Minnesota and Maine.

Click through to see states where the average salary isn’t enough to get by.

More on Taxes and Salary

Methodology: GOBankingRates determined the salary you would need to take home an annual pay of $100,000 after federal, state and local taxes, plus FICA withholdings. SmartAsset’s Paycheck Calculator was used to calculate the exact salary amount in each state. 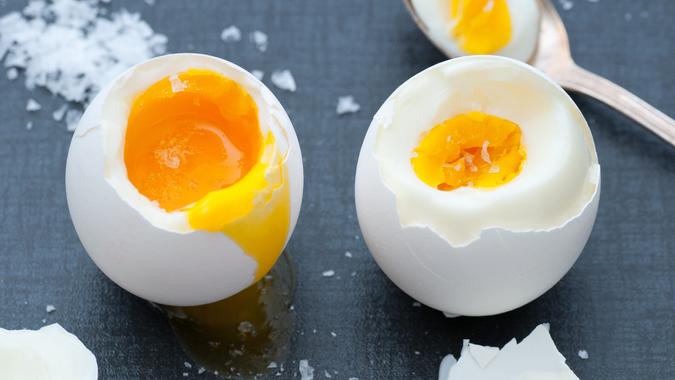 In the debate of soft skills vs. hard, one comes out on top.