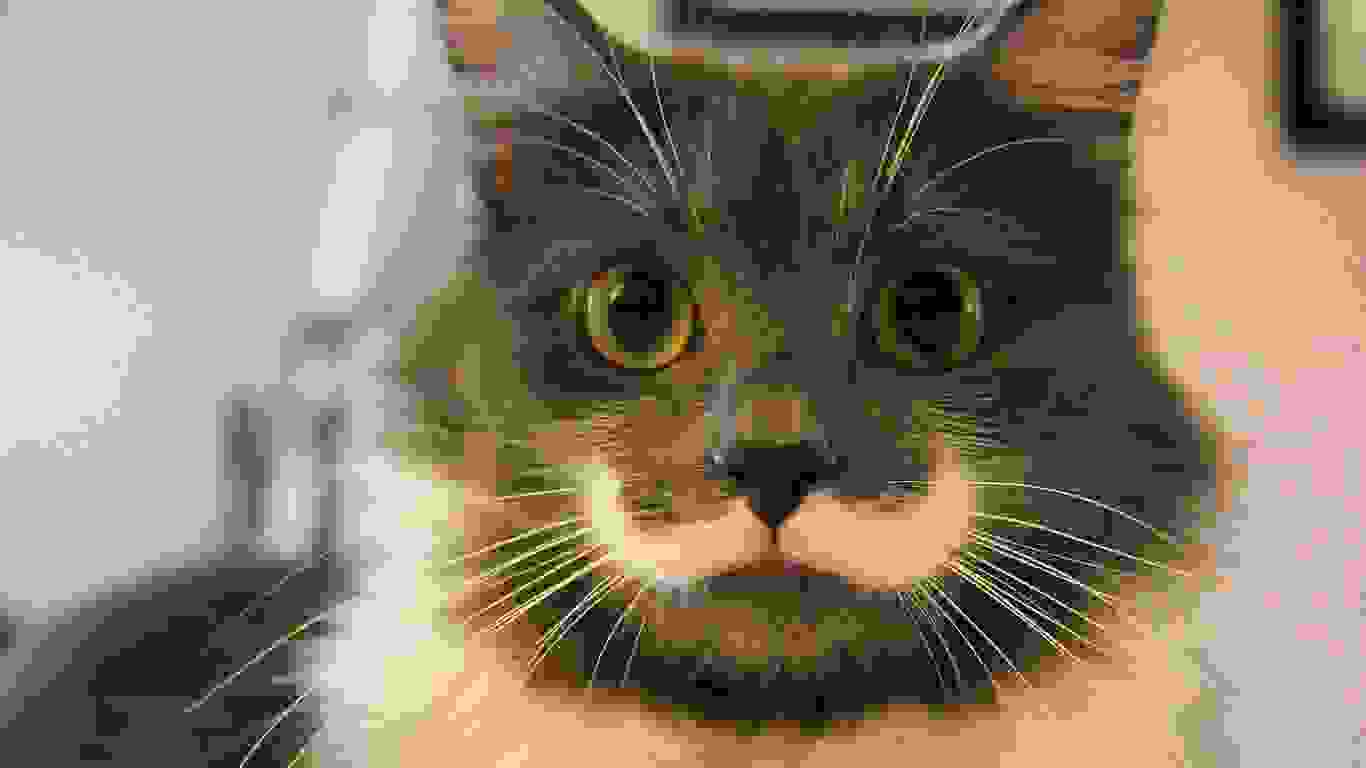 Not only can your pet help you make memories, but there’s also potential for your furry friend to help you make some serious cash. In a world where a cute canine can bring in thousands of dollars per social media post, the sky seems to be the limit for proud pet owners to cash in.

Pets can bring in big business on Instagram — both in terms of generating content and building relevant advertisements for users. So, which animals rule the roost on social media? Click through this gallery to meet a dozen pets who are making big money and more on Instagram in 2016. 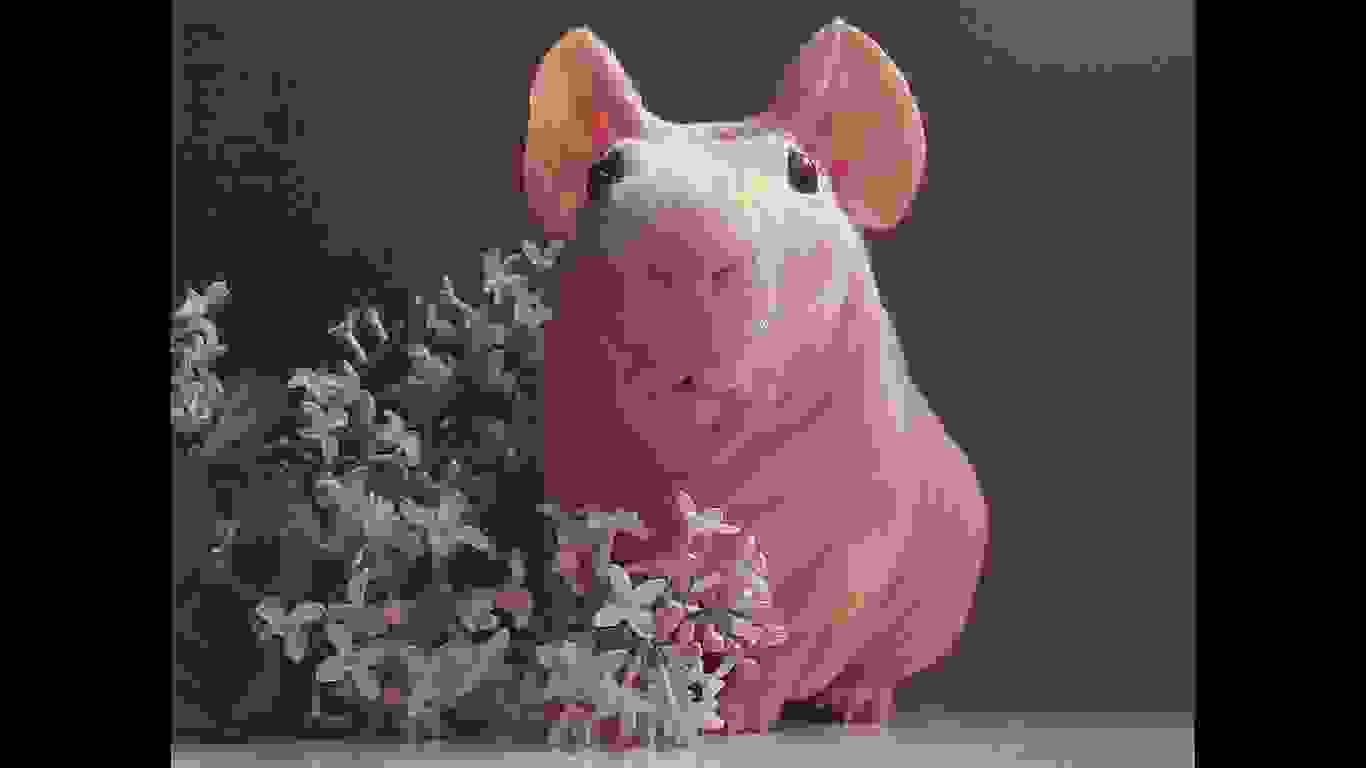 Ludwik (@ludwik_guinea_pig) has more than 123,000 followers on Instagram and brings in an estimated $600 per sponsored post. The hairless guinea pig hails from Poland and keeps his followers happy with pictures of him snacking on vegetables and showing off his unique sense of style (think pearls, oversize sweaters and blankets!).

His owner rescued her pint-sized pal from a pet store where he was suffering from pneumonia, a fungal infection and conjunctivitis. After six months of rehab, the recuperated Ludwik found his true calling in life: modeling.

The radical rodent even has a girlfriend — another hairless guinea pig named Rachel. Does life get any better than this?! 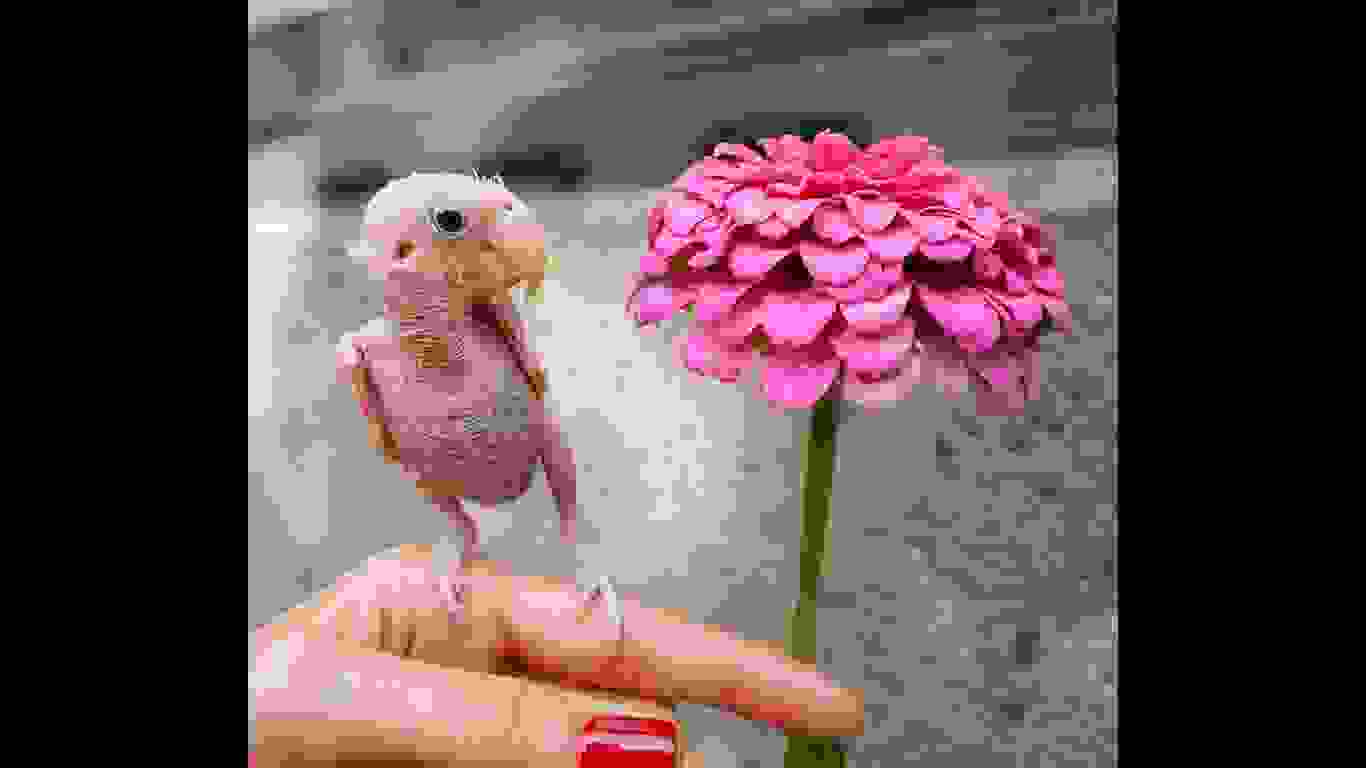 Rhea (@rhea_thenakedbirdie) has more than 182,000 followers and brings in an estimated $895 per sponsored post. The nude parrot has Psittacine Beak and Feather Disease, a virus that attacks the feather follicles, beaks and claws of affected parrots. But, don’t fret, this hairless internet sensation isn’t hiding her bare body; instead, she’s using her popularity to raise awareness about the disease.

Whether she’s playing peekaboo in her coconut house or covering up in custom knit sweaters, this energetic bird always brings a smile to her fans’ faces.

Can’t get enough of Rhea? Pick up a collectible from her shop, where she sells everything from cell phone cases to wall tapestries with her photo on them. 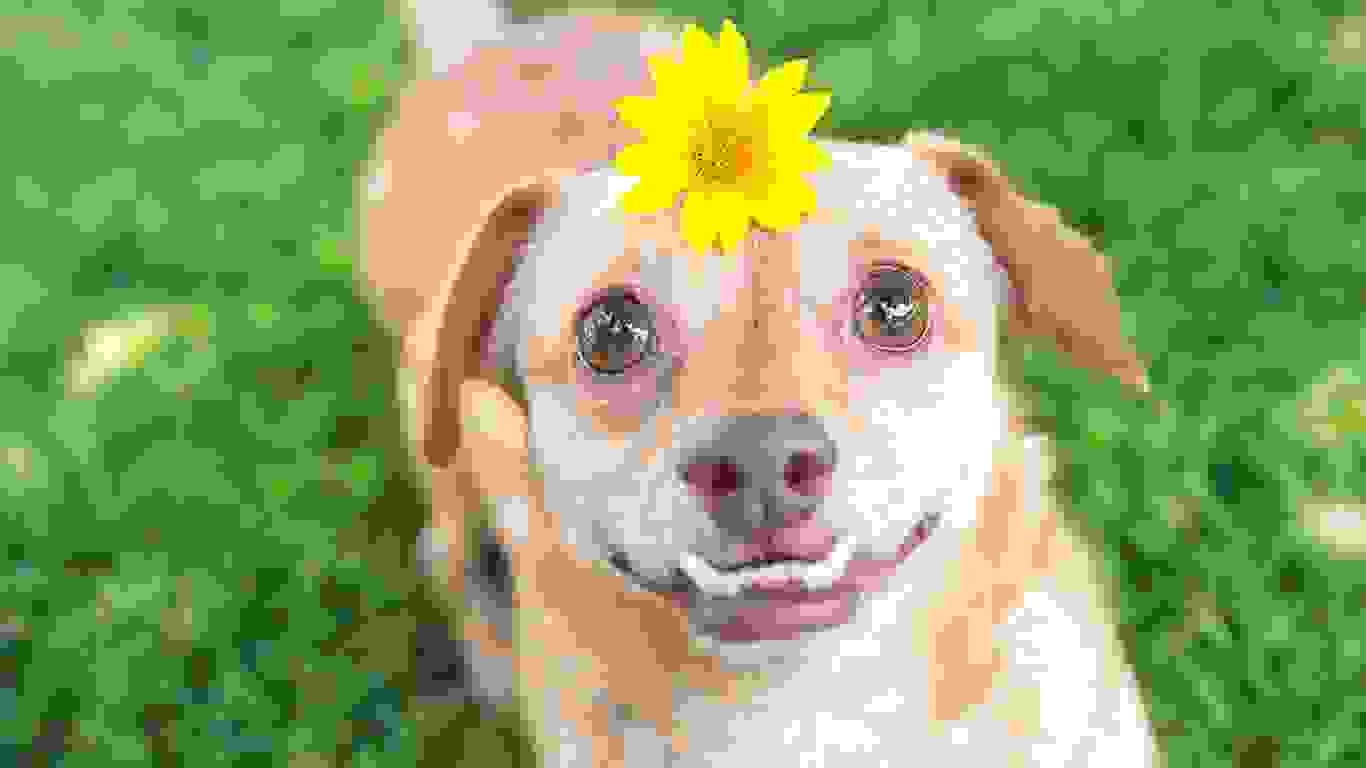 Daisy (@underbiteunite) has more than 214,000 followers and brings in an estimated $1,000 per sponsored Instagram post. This cute canine is an underdog with an underbite that gets around town with a little help from some prosthetic legs. Daisy’s forelimbs are paralyzed at the elbows and her wrists are twisted, but she doesn’t let her disability keep her from enjoying life.

At 2 months old, Daisy was abandoned on the streets of Los Angeles and ended up at a local shelter. Just days away from being euthanized, this pint-sized pup was saved by the rescue group, A Home Forever. Even though she had a rough start, this charming canine’s infectious smile (and adorable t-shirt line!) keeps her thousands of fans clicking. 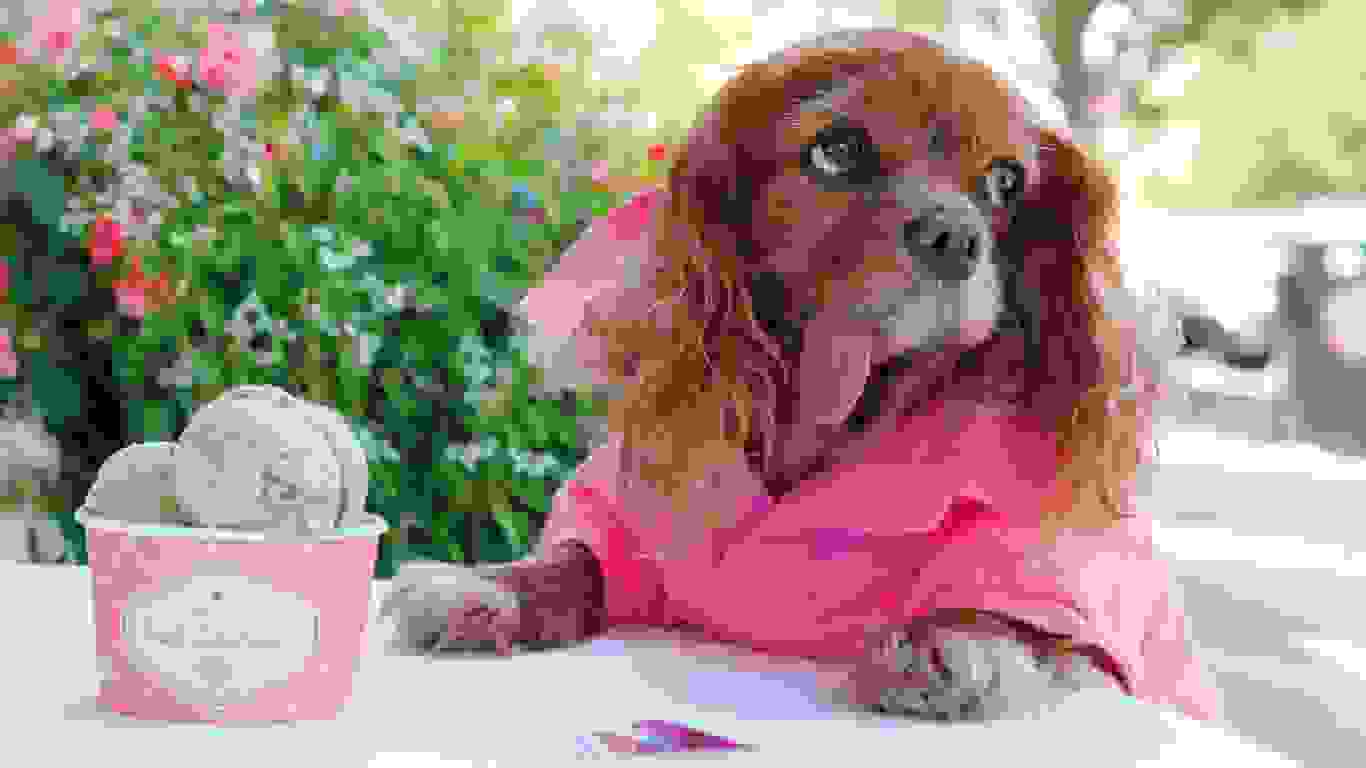 Toast (@toastmeetsworld) has more than 370,000 followers and brings in an estimated $1,850 per sponsored post. This charming King Charles Cavalier puppy mill rescue has fans hooked because she “has no teeth like a cute hobo” (as her tagline reads) and dresses up in custom canine couture.

Now, Toast is using her good looks to help spread awareness about the realities of puppy mills, with an equally cute tote bag. She even helped recreate Kanye West’s “Famous” music video with her animal pals to raise money for AIDS awareness.

The best thing about Toast is her appetite for life … and for food! Don’t let that tongue fool you — she loves to eat tacos, and she says her jaw could “crush a can.” 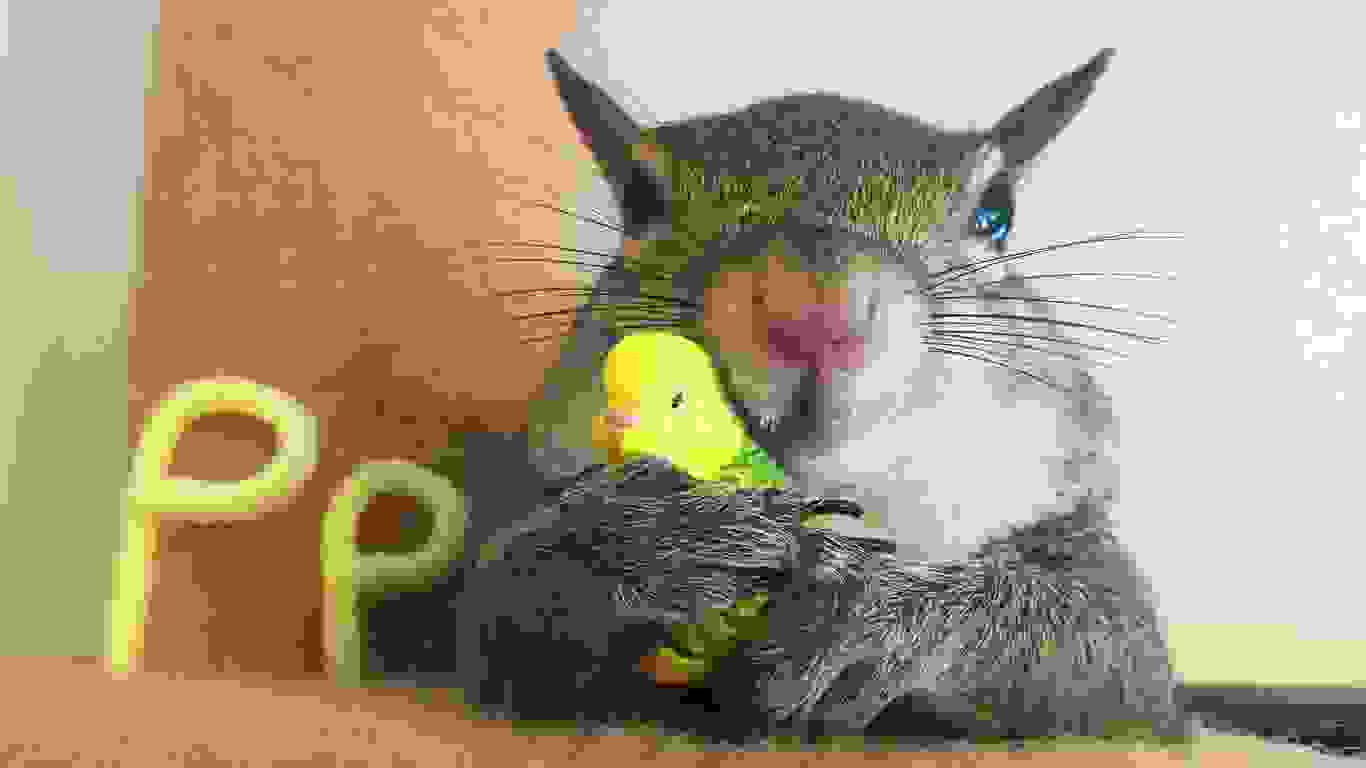 Jill (@this_girl_is_a_squirrel) has more than 371,000 followers and brings in an estimated $2,000 per sponsored post. This adorable 4-year-old squirrel found her home after she fell out of her nest during Hurricane Isaac.

Now, this “vegetarian, parkour expert” (as her tagline says) has become pals with the family’s other pets … a dog, cat and even a bird. She also is apparently trained to use a garbage can as her bathroom!

Some of Jill’s favorite activities include napping, modeling, trying out new accessories and even yoga … just check out her Instagram account for more of her leisure activities. 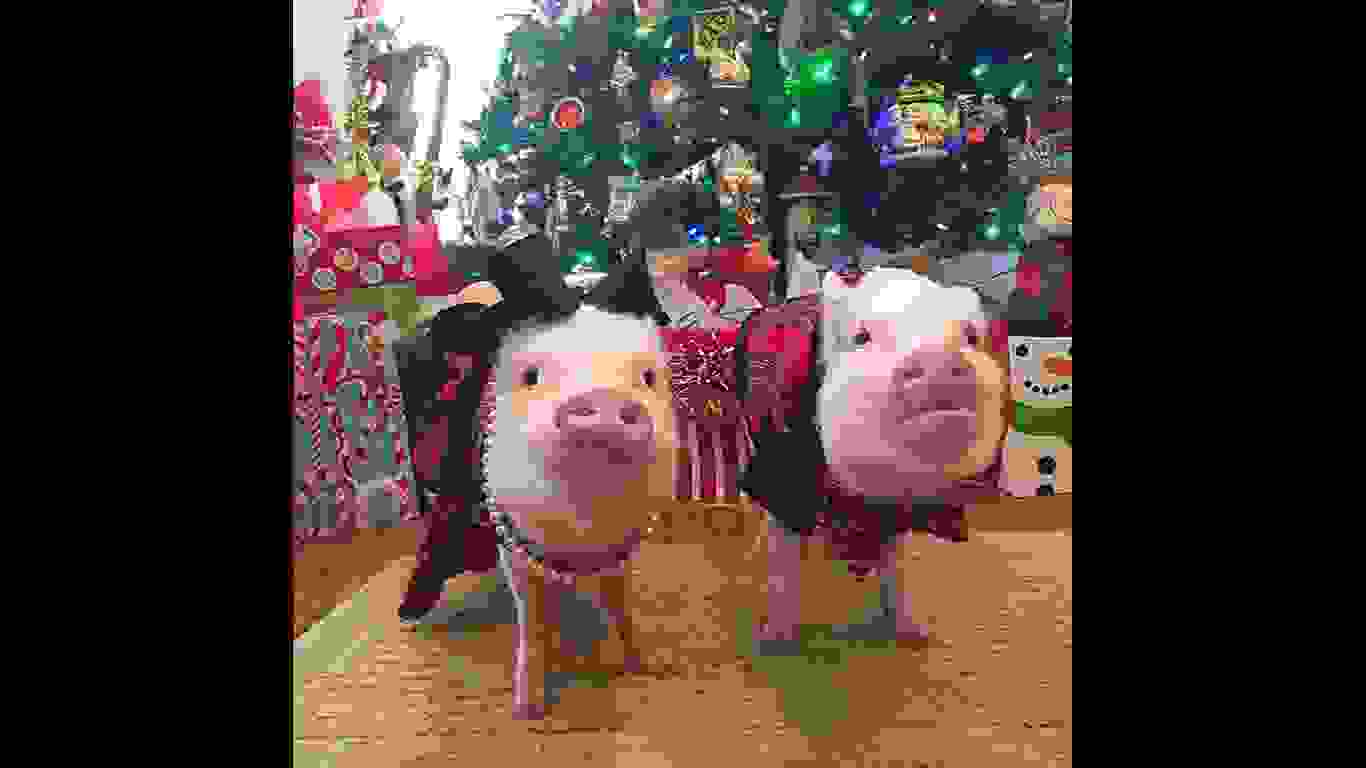 Prissy Pig (@prissy_pig) has more than 652,000 Instagram followers and brings in an estimated $3,250 per sponsored post. Hailing from Florida, Prissy, a.k.a. Priscilla, and her swine companion, Pop, are the toast of the farm.

A typical day for the pink duo includes dressing up in various costumes from Spider-Man to firefighters and even getting into the holiday spirit with Santa hats, elf get-ups and tiny ugly sweaters. These best friends also are big fans of the University of Alabama Crimson Tide football team.

When not partying and eating cake, cuddling under a blanket, or taking a ride in a stroller, Prissy and Pop are busy selling their hog-themed wears online at The Prissy and Pop Shop. From ornaments to mugs, clothing and much more, they have the swine market cornered. 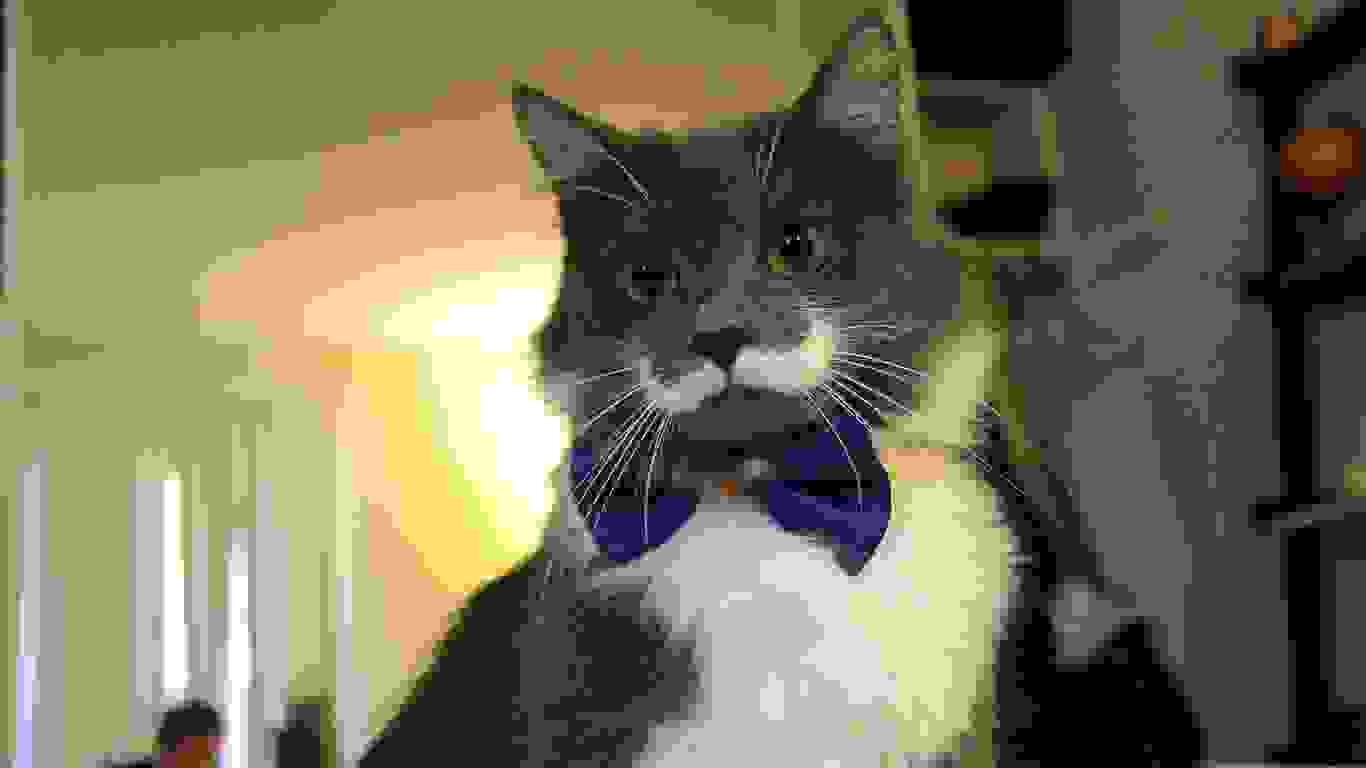 Hamilton (@hamilton_the_hipster_cat) has more than 655,000 followers and brings in an estimated $3,275 per sponsored Instagram post. This furry feline charms users with his flawless mustache, which he loves to show off on his calendars, t-shirts and tote bags.

While many adore Hamilton for his fabulous facial hair, what not everyone knows is that he’s a rescue kitty that found his forever home thanks to the Humane Society Silicon Valley, back in 2012.

Like any true hipster, this trendy pet prefers vinyl and loves to drink PBR. He even landed a role in a Friskies music video! His owner has described him as “the most interesting cat in the world.”

See: The Most and Least Expensive Cat Breeds in The World 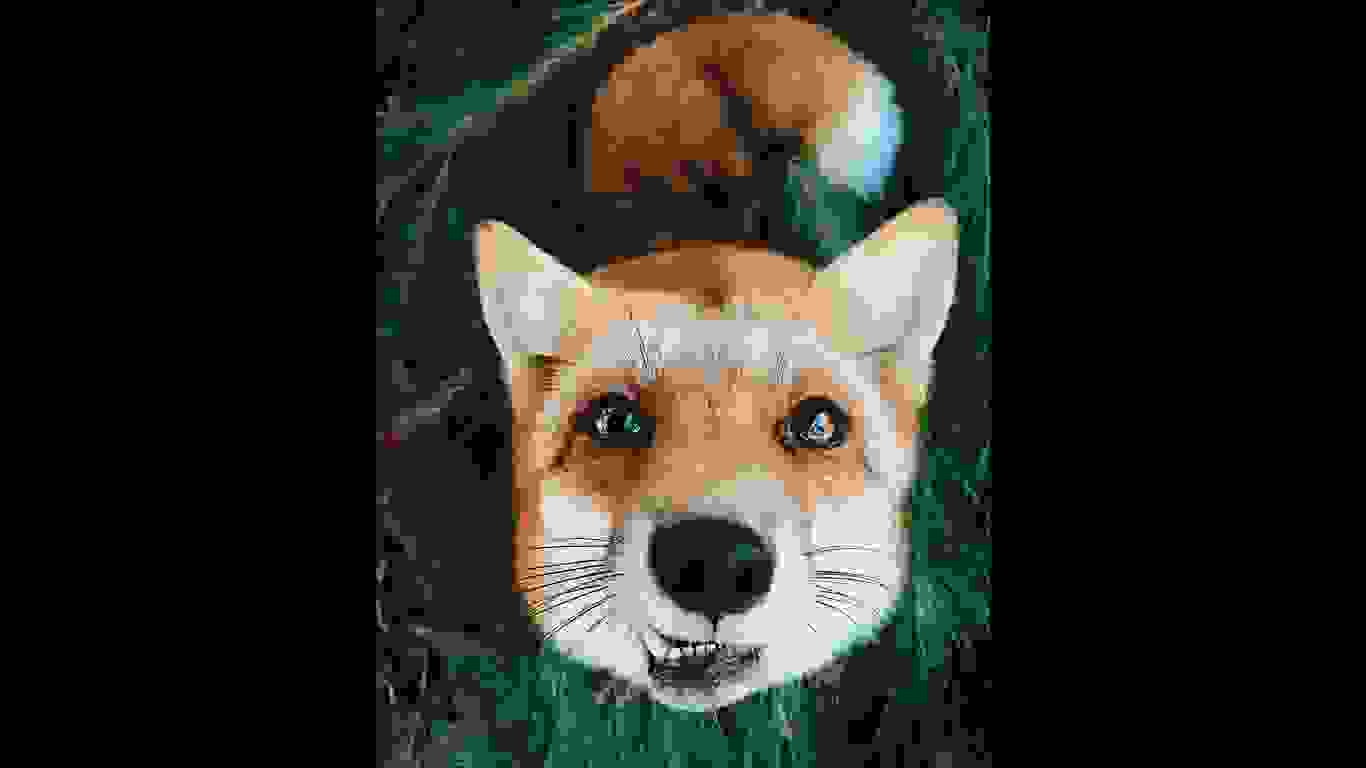 Juniper the Fox (@juniperfoxx) has more than 1 million followers and brings in an estimated $5,000 per sponsored post. A tame fox kept as a pet, she captures hearts with her mischievous hijinks and her love for her puppy pal, Moose.

Juniper, who was bred from domesticated foxes and was purchased when she was young, earns even more cash with her adorable line of t-shirts.

This feisty fox loves to have her human pals chase her around the house and take her on car rides. But don’t let Juniper’s charming smile fool you … her owner says that she comes with quite a stench! 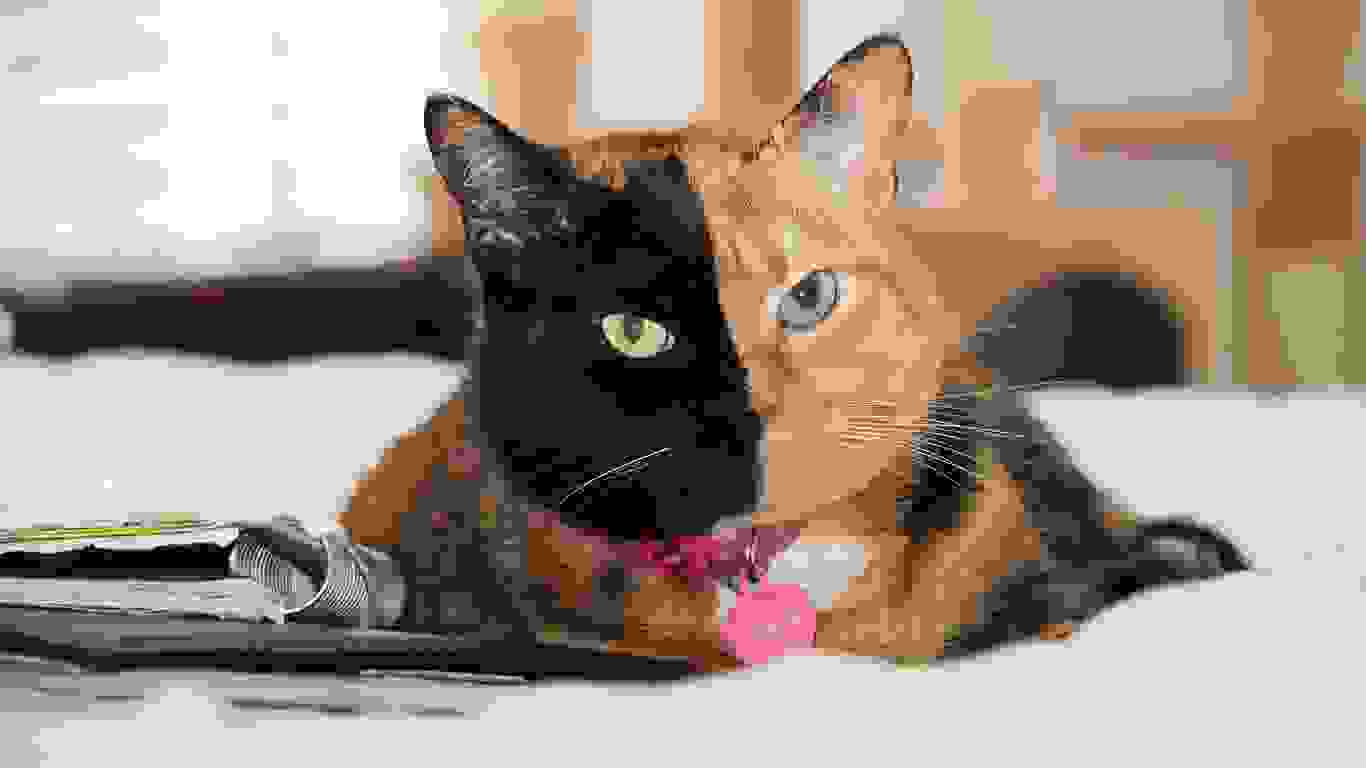 Venus (@venustwofacecat) has more than 1.2 million followers and brings in an estimated $6,000 per post. One look at this cat and you can understand why she’s such a phenomenon: One half of her face is solid black with a green eye — the other half has typical orange tabby stripes and a blue eye. What a specimen!

While geneticists are still puzzled by her rare appearance, many have concluded that this furry feline’s two-toned face is due to a genetic trait called chimerism.

This two-faced cat has one feisty personality, and she’s even looking to find a date! On her website, Venus admits to having “a thing for ginger boys” since she’s half ginger herself. The best part? She even started a dating profile to find her other half!

If you can’t get enough of this rare kitty, pick up some of her products, which include stuffed animals, books and calendars. They just might make the puuuurfect gift! 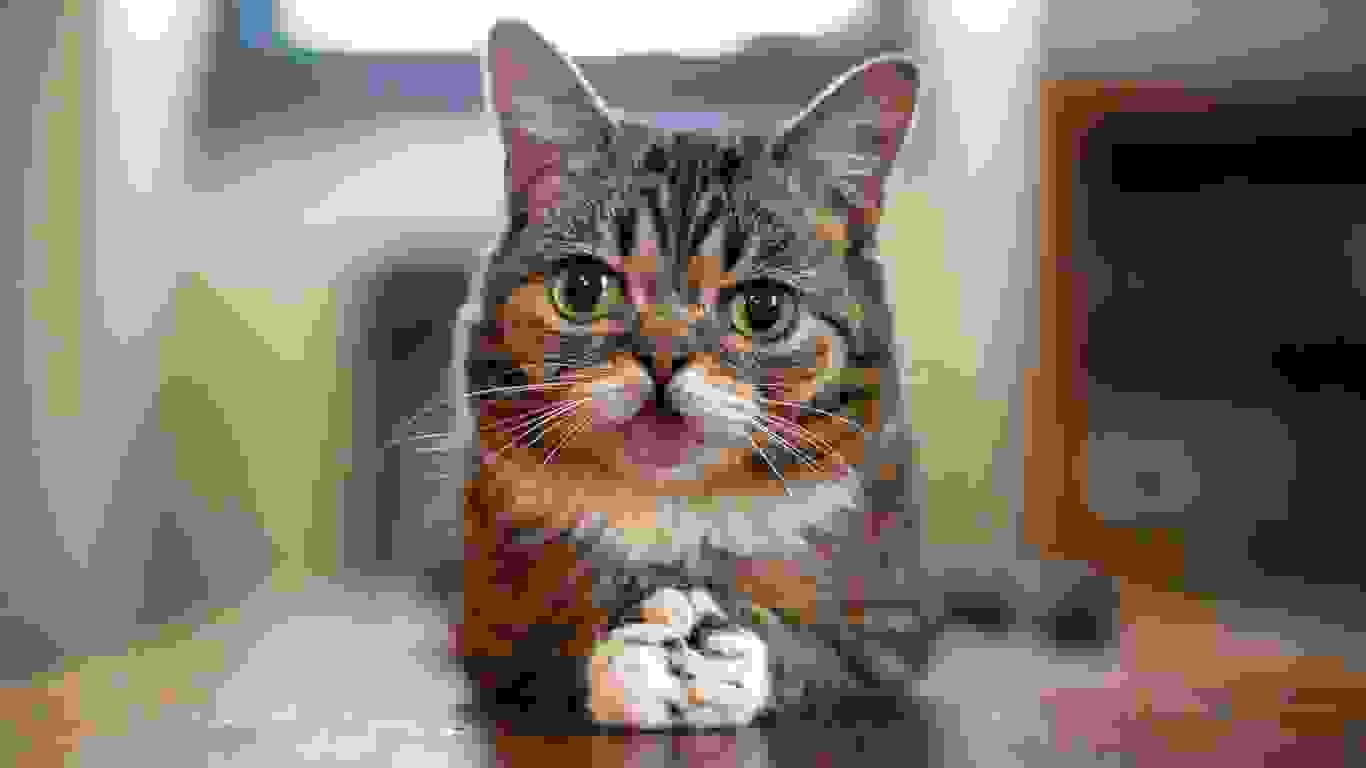 Lil BUB (@iamlilbub) has more than 1.4 million followers and brings in an estimated $7,000 per sponsored post. Discovered as the runt of a healthy feral litter in a rural Indiana tool shed, she was taken in as a rescue when it was clear that she would require special care.

This pint-sized feline has a pronounced case of dwarfism, which makes her legs disproportionately stubby, and osteoporosis, a rare disease that causes a typically debilitating bone density. She also has four extra toes, one on each foot, and an underdeveloped lower jaw, which causes her tongue to droop. While some may shy away from this “perma-kitten,” she has charmed countless of fans with her imperfections.

BUB is a published author and has helped raise well over $500,000 for animals in need since 2012. In 2014, BUB and her owner started the first national fund for special needs pets, called Lil BUB’s Big FUND for the ASPCA. The fund alone has distributed more than $265,000 in grants to shelters nationwide since February 2014. In addition to Lil BUB’s Big FUND, BUB has raised another $250,000 through appearances, donations, and sales of her calendars, socks, watches, magnets and ugly Christmas sweaters. 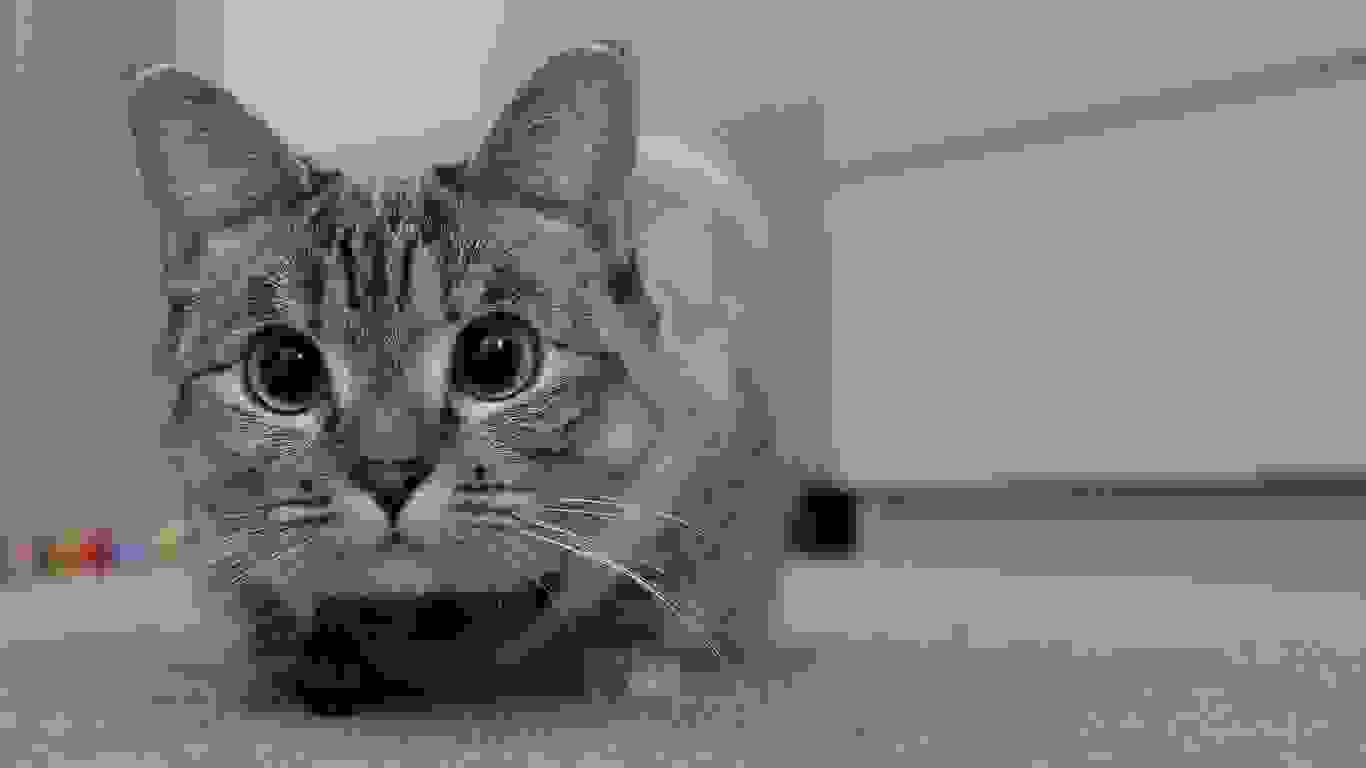 Nala (@nala_cat) has more than 3.1 million followers and brings in an estimated $15,500 per sponsored Instagram post. Fans can’t get enough of this Siamese/Tabby mix that was a homeless cat living in a shelter before her owner adopted her.

You may recognize her from the “Kitty Success” meme, but there’s so much more to this photogenic pet. She loves to post pictures of herself playing dress-up, using her owner’s iPhone and even going shopping.

One of the highest earning pets on social media, Nala boosts her bank account with her own line of cat calendars, blankets, pillows, cat trees, bowties, coffee mugs and more. 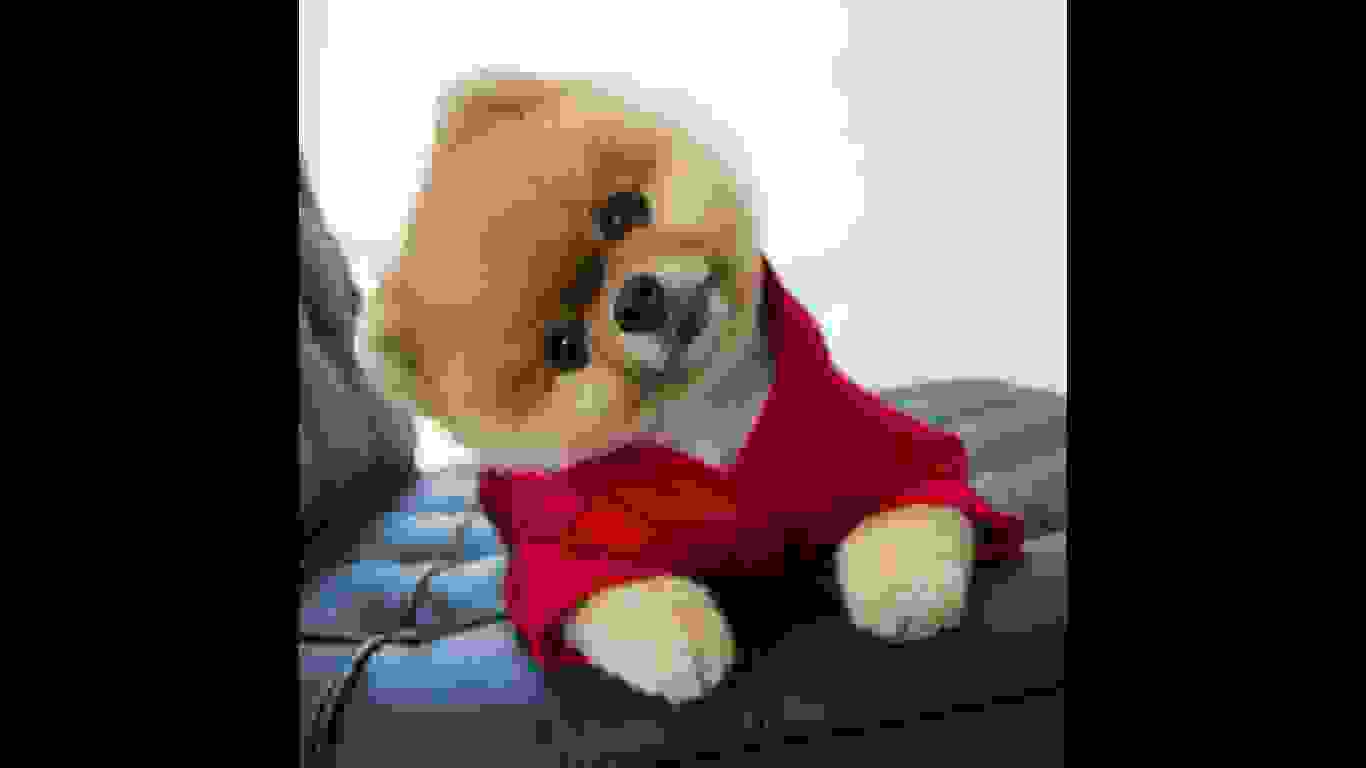 Jiff (@jiffpom) has more than 3.6 million followers and brings in an estimated $17,500 per post. This adorable Pomeranian pup was born in Illinois but the bright lights and big city appeal of Los Angeles brought her west in 2013 to pursue a career in acting.

In addition to being able to walk on his front and back legs, Jiff can walk backwards, crawl and even ride a skateboard. This talented tyke even has made it into the Guinness World Records for being the fastest dog on two paws. Plus, he has his own line of Jiffmojis!

The cute canine has appeared in commercials for Target and Banana Republic and even nabbed a role in Katy Perry’s “Dark Horse” video, which won an MTV Video Music Award in 2014. In addition, “Jiff Day” was declared in Los Angeles by the City Council on Aug. 20, 2014 to honor the multi-talented dog.

Methodology: In order to source this list, GOBankingRates.com interviewed two influencer agency representatives to identify price tiers on Instagram. Based on this tiered pricing, GOBankingRates then calculated the rates per post by contributing factors, such as follower count. 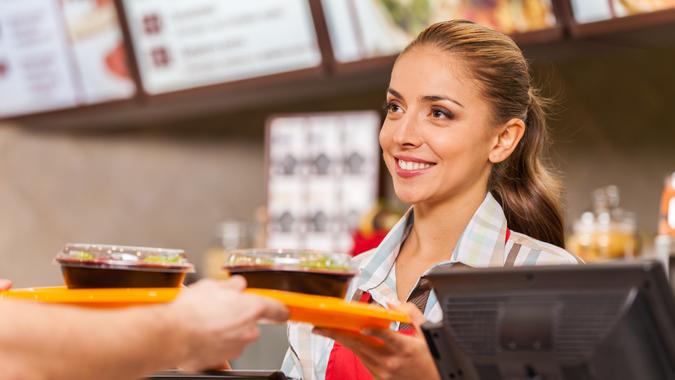 Some states will see hourly wages rise in 2017. Find out how minimum wages compare across America.