8 Job (and Life) Skills That Are Officially Dying Out 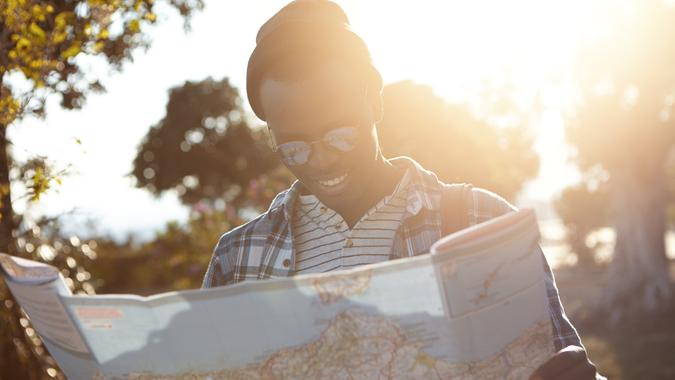 The world is changing every day, and the digital age has accelerated many of those changes to what feels like light speed. So many of the skills that were absolutely necessary at home and at work in the 20th century feel completely outdated today.

Some of these skills may have benefits in terms of brain development that could make them worth keeping around to some extent. Others are simply holdovers from generations of the past, and there is little reason to keep them around. Here are eight job skills that are officially dying out.

Before the internet, the dictionary was one of the most important books to keep handy, both at home and at the office. Since you couldn’t simply Google the meaning of a word, you had to flip through the alphabetically-sorted pages of the ol’ Merriam-Webster.

Looking words up online is often quicker and easier, but with a dictionary, we might have found a word or two along the way to the one we were trying to find. Today, we tend to find the meaning of the word and move on. Does that mean we are learning fewer words? One study suggests that might be the case.

Before the advent of the smartphone, and especially in the 1970s and ’80s, you might have had a phone with few features other than a basic dial pad. If you wanted to call someone at home or at work, you could look their number up in a phonebook, but it was much easier to write it down and then commit the number to memory.

Today, memorizing phone numbers is mostly a thing of the past. Nearly everyone has a smartphone, at least in countries like the United States. And even flip phones can store contacts, so hardly anyone flexes those memory muscles anymore.

“Navigate home.” Have you ever uttered that phrase? If so, chances are you can hardly imagine the idea of fumbling over a paper map (or printed-out MapQuest directions), carefully planning your route for what felt like hours. But what if you couldn’t find your map? You might be out of luck. And the idea of using a compass is foreign to so many of us.

Using GPS to navigate to where you’re going undoubtedly saves a lot of time and is much more convenient. But one neurobiologist claim that this reliance on GPS causes changes in our brains, such as reduced grey matter density in the hippocampus. Studies like these are still in their early stages, but perhaps we shouldn’t throw away all those old maps just yet.

Remember those touch-tone phones we talked about earlier? Most of us don’t even dial numbers anymore if we’re calling someone we know. We just pull them up in our contacts list and click call. So the idea of having to spin a rotor to call anyone is tough to imagine.

But once upon a time, rotary phones were commonplace — and they were much more convenient than having to ask a switchboard operator to patch you through to the person you wanted to call. However, while rotary phones were hugely innovative at the time, it’s tough to see this piece of tech having much of a resurgence.

For decades, card catalogs used the Dewey Decimal System to help people find the book they wanted at the local library. Card catalogs are just what they sound like: a series of printed cards on which the titles of books and other materials were printed along with a corresponding decimal. That decimal would match the one printed on the book, giving library patrons a way to navigate thousands of books with relative ease.

Libraries still maintain a catalog, and they might even still have decimal systems, such as call numbers. But instead of having drawers full of cards, you simply look the material up in the catalog, which tells you where to find it. While card catalogs were a great solution in the 19th century, they would be cumbersome to maintain today.

While manual transmission devotees might insist they should never die out, few cars today have stick shifts today: 2.4% in 2020, according to CarMax. And that percentage is more likely to decrease further than not, as electric vehicles have single-speed transmissions, eliminating the need for constant shifting.

Balancing a checkbook was once a cornerstone of personal finance. It was the process of reconciling the records you kept of the checks you wrote against those listed on your bank statement. If you found a discrepancy, it would indicate an error either in your records or the bank’s records.

However, few people write checks today. In the past, this was a way to pay with cash when you didn’t have any on hand. But writing checks can be cumbersome, and today, we can just swipe our credit or debit card or use Apple Pay instead. Writing a check could be useful for helping us pay closer attention to the dollar amount we spend, but the convenience of electronic payments tends to win out today.

However, now that essays can be written electronically, it makes more sense to type them, and cursive has fallen out of favor. Some students inevitably never perfected their cursive anyway, so teachers’ jobs are easier if everything is typed. We might be losing something with cursive, but the ease of typing has rendered cursive a thing of the past.