Job-Hopping Trends Upward — What’s the Magic Number of Times To Do It Without Risking Your Career? 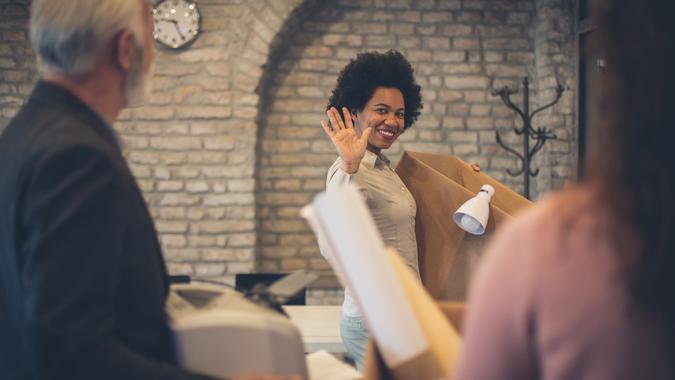 Everything in moderation is a good rule to live by and an even better rule to work by. Job hopping is on the rise as workers, given the current market, are finding higher wages outside their current positions. But could switching jobs too often damage your career irreparably?

See Our List: 100 Most Influential Money Experts
Read: 7 Things You Should Never Do When Planning for Retirement

As Axios states, each month from January to March 2022, 4 million workers switched jobs. That accounts for 2.5% of workers overall, up slightly from 2.3% of workers over in the same months of 2021. In a recent Pew Research Center study, 34% of workers surveyed who left their jobs between January and March 2022 found work the following month.

Despite bloated inflation, 60% of workers from the same study who switched jobs during the record-high quit rate period of April 2021 and March 2022 saw a real earnings increase over the same month the previous year. The same study found that over one-in-five workers (22% of respondents) were somewhat or very likely to look for new employment in the next six months.

Job hopping — loosely defined by NBC News BETTER as “spending less than two years in a position” — is still on the rise. But experts say that jumping too much can seriously affect your standing with potential employers.

According to a Robert Half survey, while 64% of professionals asked felt that changing jobs every few years could be beneficial, a separate survey found that 44% of CFOs surveyed reported they would not hire a candidate with a history of job hopping for risk of losing them quickly.

So how many jumps is an acceptable number to have in your work history? In the Robert Half surveys, when professionals and CFOs were asked the number of employment changes in 10 years that would define a job hopper, they said five and six roles respectively.

But J.T. O’Donnell, founder and CEO of Work It Daily, warns that any more than two less-than-two-year stretches may cause prospective employers to question your motives and loyalty. Any more than that and companies won’t even bother to look at you seriously for a job.

Hoppers who get disenchanted with their work easily feel the need to switch jobs frequently, needing that “fresh start” to revitalize their career and satisfaction levels. However, many workers who switch jobs do so without taking into account whether the new position is a good fit or not.

“The worst thing you can do is be so desperate to escape one bad job that you land in another one, and the whole process repeats itself,” O’Donnell says.

Job hopping for an increase in pay is by far a job switcher’s biggest motivator, especially in the current job market, where employers can easily sway new employees with a bump in compensation. However, more money doesn’t necessarily mean a more enjoyable work experience.

As O’Donnell explains to NBC News, “If you keep jumping for money but don’t explore your passions, you’re going to end up dissatisfied,” he says. “Eventually, you’re going to hit a plateau where you’ll be overpriced for the market, but you won’t have built a track record of results throughout your career, so no one’s going to want you.”

Brett Good, senior district president for Robert Half, agrees. “If there’s a shortage of talent in the market, job-hoppers will still find plenty of opportunities,” says Good. “But when the market shifts and there’s more talent available than there are jobs, the candidates who have been more stable will rise to the top and be the first called.”

Because worker and employer loyalty are both at a premium these days, employees will continue to hop from job to job while the economy is healthy and higher wages can be earned. However, one jump too many might leave your résumé littered with an unsteady employment history and inconsistent job experience, both of which could be construed as red flags to potential hiring managers.