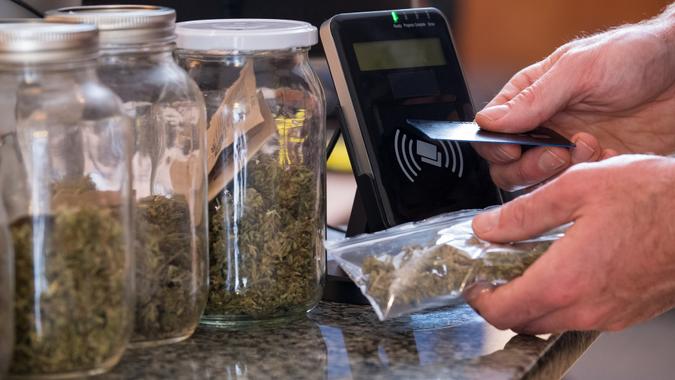 Recreational marijuana sales are now officially legal in New Jersey, and the industry is staffing up to meet demand.

Find: 22 Side Gigs That Can Make You Richer Than a Full-Time Job
Check Out: How To Get Rich With a Normal Job

A couple hundred of those jobs were recently listed on the Indeed employment site, ranging from cultivators and dispensary managers to administrative, health and retail positions.

More than 200 job seekers were expected to join the job fair. The virtual booths will remain live through May 25 so that visitors can explore and apply to jobs at their convenience.

Sloane Barbour, founder of Engin Sciences and a partner at cannabis recruiting agency FlowerHire, told NJ Cannabis Insider that he expects to see a 10-fold increase in the number of marijuana-related jobs in New Jersey in the coming years.

“The sooner that you get revenue going through adult-use dispensaries, the more people are going to hire and the more impact you’re going to have,” Barbour said. “Every million dollars in legalized cannabis sold in a state creates between 14 and 18 jobs. And in New Jersey, that means you’re going to have 30,000 to 40,000 jobs created based on those numbers, and 60,000 to 80,000 in New York.”

Most of the jobs will involve the “seed-to-sale” process, which covers every step throughout the supply chain: genetics, cultivation, harvest, processing, packaging, manufacturing, storage, delivery and logistics. Other jobs tied to the industry include contracted services such as marketing and ancillary services.