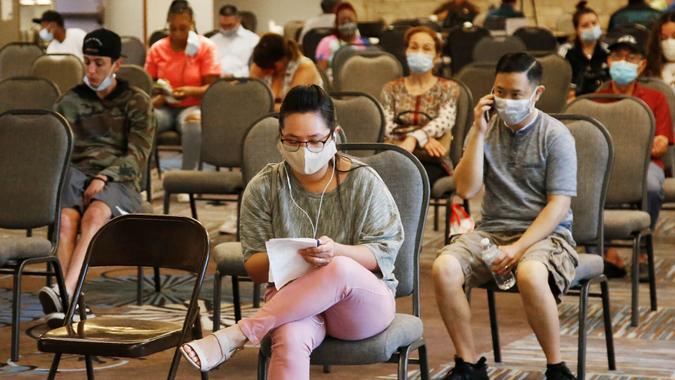 Thanks to the $900 billion COVID-19 relief package, which was finally (officially) passed today, some freelance and gig workers may not have to return their overpaid unemployment benefits — which is good news for many, as joblessness in America is even worse than the data shows.

Here’s the scoop: The first stimulus package, the Coronavirus Aid, Relief and Economic Security Act (CARES Act), passed last spring, contained a new program, the Pandemic Unemployment Assistance (PUA), for self-employed and freelance workers who didn’t qualify for traditional unemployment and who had lost income due to the pandemic. In the past few months however, thousands of these workers were notified to their dismay that they had been overpaid and had to return the funds to their state.

See: The Stimulus Check Secret You Need to Know Before You File Your 2020 Taxes
Explore: 10 Surprises Congress Snuck into the Stimulus Package

Michele Evermore, of the National Employment Law Project, explained in a blog post for the NELP that this is affecting a huge number of people because as states rushed to get PUA benefits out the door, they may have made mistakes.

“And new applicants may have clicked a button incorrectly or made a mistake somewhere as well. Federal guidance changed three times, and states have gotten guidance from both the U.S. Labor Department’s Employment and Training Administration and the U.S. Office of Inspector General that they need to alter how they have been administering the program,” Evermore wrote.

Rising layoffs are an alarm bell that Congress needs to pass more stimulus.

Now, the new $900 billion COVID-19 relief package from Congress attempts to overturn that decision, letting workers keep their benefit overpayments, but the decision will be left to the state.