No College Degree? That’s No Problem for Tesla, Netflix, Apple & These Other Companies 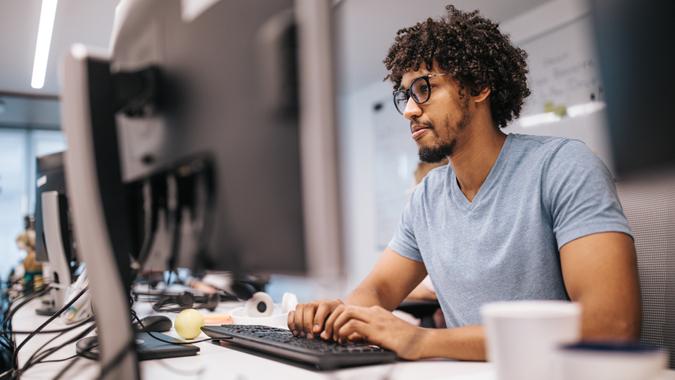 In general, a college education opens doors in terms of desirable employment. But as the cost of college continues to rise, many are priced out of even attending.

Discover: The Best and Worst Things To Buy Generic
More: Cash App Borrow: How To Borrow Money on Cash App

Using data from the U.S. Census, Bureau of Labor Statistics and National Center for Education Statistics data for the years 1980 to 2019, CNBC reported that college costs have increased by 169% over the past 40 years — but earnings for workers between the ages of 22 and 27 have increased by just 19%.

However, a bachelor’s degree is no longer the minimum requirement to work at some major companies. According to Benzinga, these six companies are sidestepping the once-required four-year degree due to the inflated costs of higher education.

Not only does Netflix have several senior-level employees who never attended college, but the company is hiring for no-degree roles, such as:

IBM offers a 12-month program for potential employees to give them the necessary skills for the roles in the company. These apprentice roles include:

In 2019, CEO Tim Cook claimed that half of the company’s U.S. employees did not have a four-year college degree, Benzinga noted. Here are some of the roles filled by said workers:

Alphabet and Google offer non-entry level positions to those without a college degree. These positions include:

Tesla’s Elon Musk is said to value exceptional work, no matter where you come from, where you went to school or even what industry you work in. Here are some roles Tesla is hiring for now:

See: POLL: How Much Do You Expect Your Tax Refund To Be This Year?
Find: Best Banks for College Students

Facebook is another company that offers positions to those with no degree. Facebook is hiring for these positions: