Pay and Well-being Top List of What Employees Are Seeking 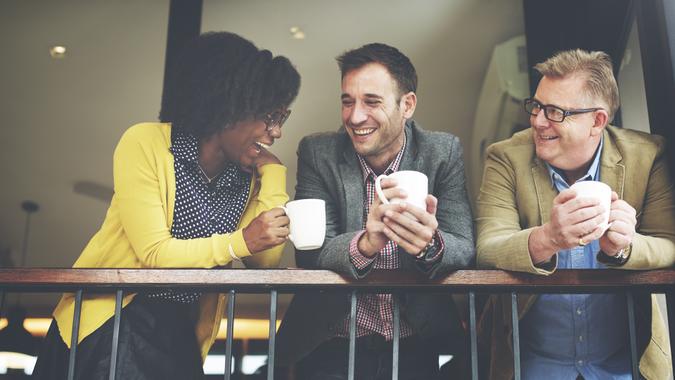 Amid the Great Resignation — which some are now calling the Great Reshuffle — pay and well-being-related issues have both risen in significance among workers, clinching the first and second spots as the most important factors in accepting a job elsewhere, according to a new Gallup poll.

Find: 22 Side Gigs That Can Make You Richer Than a Full-Time Job
See: The 26 Highest-Paying Jobs That Let You Work From Home

These key job attributes will likely define the war for talent in the coming year, alongside other perennial desires among employees such as a job that plays to their strengths and job security, according to the survey. In addition, COVID-19 policies and DEI priorities are also on the minds of many workers.

A significant increase in income or benefits continues to be a top priority, with 64% of employees calling it “very important” as wages are rising in response to intense competition for talent. Job seekers know there are opportunities to make more money, which gives them the confidence to seek higher pay.

“What did surprise us, however, is how much ‘pay and benefits’ have increased in importance,” said Gallup. In 2015, the same poll item came in fourth place with just 41% of respondents citing it as very important.

Greater work-life balance and better personal well-being have also increased in importance notably since 2015, with 61% of today’s workforce citing them as “very important,” compared to 53% in 2015.

In addition, 58% of employees cite the ability “to do what they do best” as another top priority.

Rounding out the top factors are greater stability and job security, with 53%; COVID-19 vaccination policies that align with my beliefs, with 43%; and working in an organization that is diverse and inclusive of all types of people, with 42%.

Compare: 10 Companies Expected To Have the Most Remote Job Openings in 2022
Explore: 8 Tech Careers To Pursue To Become Rich Faster

“This is the first time that Gallup has offered this option for survey respondents to select and it ranks near the top for employees. Two years since the killing of George Floyd and the international Black Lives Matter protests that followed, the fact that support continues to grow for creating more equitable and inclusive workplaces is a sign of societal progress. And, as many employers have discovered, workers today are demanding concrete, substantial change on these issues, beyond platitudes,” the survey notes.