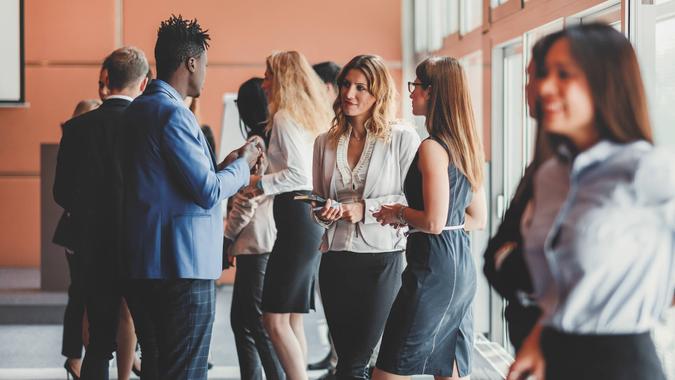 While promotions are huge professional milestones, they are not always awarded evenly. Depending which industry you’re currently working in, as well as which city you reside in, you may find yourself falling behind when it comes to landing a desired raise. As it turns out, some sectors — as well as geographical locations — offer far greater promise for career advancement than others, a new LinkedIn report found.

Learn: 10 Things To Know Before You Ask For That Job Promotion
Find: When To Consider Job-Hopping To Maximize Your Pay

The No. 1 industry that sees the most promotions is product management.

Product managers are responsible for bringing items to market, but their exact duties vary depending on the company and product. The internal promotion rate stands at 149% above the national average, according to LinkedIn data. The top regions for veteran product managers looking to move up the corporate ladder are Fayetteville, Arkansas; Austin, Texas; and Richmond, Virginia.

The marketing business is also booming, per the data. “One nice thing about marketing roles is that they are ubiquitous across companies and industries. And no matter a person’s interest, they can likely find a marketing role in a field that genuinely interests them,” the LinkedIn report details.

The internal promotion rate in the marketing sector is 94% above the national average, and the top areas for advertising and sales moguls in marketing to ply their trade are the cities of New York, Boston, and Austin, Texas.

Coming in at No. 3 are program and project management roles, which have an internal promotion rate 51% above the national average. Top places to look for a leg up in this economic sector are the cities of Wilmington, North Carolina; Fayetteville, Arkansas, and Raleigh-Durham-Chapel Hill, North Carolina.

Andrew Hunter — co-founder of Adzuna, a global job search engine — told GOBankingRates that many of these roles are “horizontal” and share duties and skill-sets across different industries, rather than being more narrow vocations.

“This means workers with those skills have lots of options of places they can work, and employers have to focus more on retention. Employees with these skills can, for example, work within higher paid industries like finance and law, which creates upward pressure on pay. More frequent promotion opportunities is one way other sectors can compete,” he continued.

He added that on a municipal level, it’s unsurprising to see big cities like Austin, Seattle, San Francisco and New York at the top. “With bigger markets, there is more movement between jobs and therefore companies are under more pressure to promote to stop employees climbing the ladder by going elsewhere,” Hunter concluded.

See: 7 Colleges with the Best Career Placement
Explore: How Workers Should Prepare For the Job Market in 2022