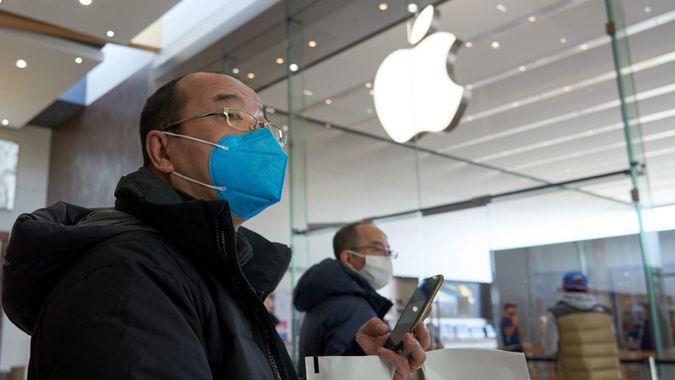 Following Apple CEO Tim Cook’s announcement that employees would have to return to the office three days a week, some of them are pushing back, saying the decision has “already forced some of our colleagues to quit,” according to The Verge.

See: 40 Legit Companies That Will Pay You To Work From Home
Find: 14 High-Paying Jobs at Apple, Facebook and Google That Don’t Require a College Degree

The worker response isn’t necessarily a surprise, given a May poll from Morning Consult and Bloomberg News finding that nearly 40% of U.S. adults would “consider quitting if their employers weren’t flexible about remote work.” (That’s up from 34% in a spring study released by staffing firm Robert Half.)

“We would like to take the opportunity to communicate a growing concern among our colleagues,” the employees’ letter obtained by The Verge says. “Apple’s remote/location-flexible work policy, and the communication around it, have already forced some of our colleagues to quit. Without the inclusivity that flexibility brings, many of us feel we have to choose between either a combination of our families, our well-being, and being empowered to do our best work, or being a part of Apple.”

The letter was started in a Slack channel for “remote work advocates” with 2,800 members, according to The Verge.

“Over the last year we often felt not just unheard, but at times actively ignored,” the letter says. “Messages like, ‘we know many of you are eager to reconnect in person with your colleagues back in the office,’ with no messaging acknowledging that there are directly contradictory feelings amongst us feels dismissive and invalidating…It feels like there is a disconnect between how the executive team thinks about remote / location-flexible work and the lived experiences of many of Apple’s employees.”

Cook sent out a note to employees saying they would need to return to the office on Mondays, Tuesdays and Thursdays starting in September, according to the report. Most employees can work remotely twice a week and also ask to be remote for up to two weeks a year, pending manager approval, according to the report. The decision is in stark contrast with other tech giants, including Twitter and Facebook, as the companies have told employees they can work from home forever.

As for Google, CEO Sundar Pichai said in a blog post last month that the company will “move to a hybrid work week where most Googlers spend approximately three days in the office and two days wherever they work best. Since in-office time will be focused on collaboration, your product areas and functions will help decide which days teams will come together in the office. There will also be roles that may need to be on site more than three days a week due to the nature of the work.”