Remote Workers Wanted: These Cities Are Offering Thousands in Cash, Bikes, Free Land For You to Move 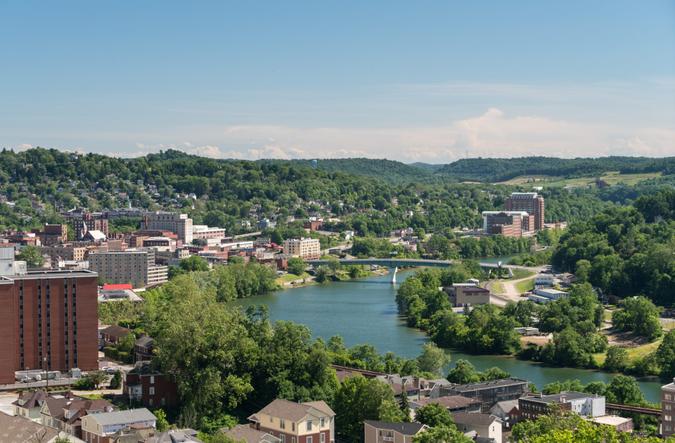 Remote work, which some thought would be so 2020, is still strong partly because of the Delta variant surge. Now, several cities are offering incentives to attract talent and boost their economies.

See: Before It Became the Norm, Which States Had the Most Remote Workers?
Find: Fourth Stimulus Checks Are Coming From These States — Is Yours on the List?

Cities are becoming creative to attract workers and are offering up to $16,000 in cash incentives, homebuying allowances, tax credits, free land, loan assistance, or even a free mountain bike. MakeMyMove.com, an online directory launched in December 2020, aims to connect remote workers with such offers around the country, according to CNBC.

For example, Stillwater, Okla., population 50,000, is offering a $5,000 incentive to any remote worker who buys a home within the Stillwater city limits, along with gifts from local restaurants, stores, coffee shops, and more, according to MakeMyMove.com. In addition, to welcome remote workers to the community, Aspen Coffee – Fountain Square is kicking in free coffee for a year — a $2,000 value — and Stillwater Martial Arts is contributing a free month of classes for adults and children and the uniform to get you started.

If you’re more of a mountain person, Morgantown, W.Va., “a college town that’s a quick hop to five major metros,” which has “become a destination for remote workers, even before they started offering cold-hard-cash,” is offering a $20,000 incentive, including $12,000 in cash and the rest in “various gifts and incentives,” according to MakeMyMove.com.

Jasper, Ind., will pay you $5,000 to move there. Deemed the “wood capital of the world,” Jasper is a thriving economic hub, home to international brands like Kimball and MasterBrand Cabinets. Plus, you’ll find so much to do. “Enjoy nearby Hoosier National Forrest, Patoka Lake and Holiday World. Or get involved in the many community events and organizations. You’ll be amazed at how far this $5,000 new resident incentive will go,” according to MakeMyMove.com.

See: 5 Significant Aspects of the Infrastructure Bill That Could Lead To Lasting Impact
Find: The 26 Highest-Paying Jobs That Let You Work From Home

In addition, the Northwest Arkansas Council is investing more than $1 million over six months to attract top talent to the region through the Life Works Here initiative, “which brings to light the lifestyle and career benefits offered by the region,” according to the Life Works Here website.

The Council is offering a $10,000 cash incentive to move to the region, a street or mountain bicycle or participants can choose an annual membership to one of the region’s “world-class arts and cultural institutions,” according to the website.