Salary Negotiations Didn’t Work Out? How To Bounce Back 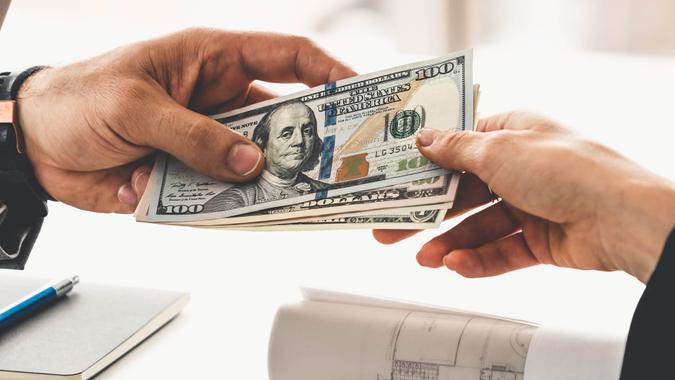 Your resume and cover letter are stellar. Your social media profiles are tweaked to perfection. Plus, you aced several rounds of interviews. So why did you fail when it came time to negotiate the salary you wanted? Stop. Failure shouldn’t be what comes to mind, according to Julie Titterington, chief culture officer at MerchantMaverick.com: “The truth is that if you make it to the negotiation stage of an interview, you are a valuable candidate.”

Read: 6 Career Mistakes To Avoid During an Economic Downturn

While the sting of defeat is still fresh, it’s time to take stock of what you did right, what you may have done wrong and how you can use what you’ll learn to ultimately get what you want next time. Here’s how to bounce back.

“Getting offended is sometimes the first thing that happens when a potential employer doesn’t offer someone their expected salary,” said Dan Kelly, founder and senior partner of The Negotiator Guru.

“Leave emotion out of the equation. As a business, they’re looking at the negotiation from a cost-benefit perspective. They may be constrained by budget or have someone qualified in their pipeline that will work at the offered salary rate. It doesn’t mean you don’t have skills or don’t bring a lot to the table,” Kelly said.

Ask Why Your Salary Negotiation Failed

Talk to the hiring manager directly and asking for the reason why your salary negotiation failed, as well as trying to get a better understanding of the salary hierarchy of the company, said Charles McMillan, founder of Stand with Main Street. “Some companies have established salary ranges per job grade level,” McMillan said.

Find: When These Big Companies Are Planning To Return To the Office

You may have researched salaries before you attempted to negotiate, which is great. But you may have missed something.

“Do a little research on average compensation for your position, making sure to allow for the economy of the specific area in which you are applying,” Titterington said. “If you’re used to California wages, you’re not going to make it through salary negotiations in West Virginia without a hefty adjustment to your outlook. You may find through the course of your research that you are overvaluing your worth, and that’s a tough pill to swallow,” she said.

“Consider picking up a relevant skill that will give you a competitive edge with employers in the future,” said Paul French, managing director of Intrinsic Search. “The more professional value you bring to the table, the more likely you are to win salary negotiations — you will be a candidate that the best employers simply cannot say no to. Again, look around and find out what kind of qualifications successful professionals in your target role have, see what you are missing, and find ways to bridge the gap,” he said.

Work On Your Negotiation Skills

Having an argument to back up your salary request greatly increases the chances of getting what you want, said Brandon Hill, creator of Bizness Professionals.

“Negotiating salary is all about the value of your knowledge, skills and what you will bring to the table for the prospective employer,” Hill said. “During negotiations, you should be able to back up your value with concrete evidence. You can explain what value you added to the companies you have previously worked for. Talk about the revenue you brought in, dollars you saved, and efficiencies that resulted from your work. Value can also be shown by comparing the position to similar positions in related companies and geographic regions. If a director at one company makes x dollars per year, it’s logical that you should be paid in a similar range.”

See: Smart Ways You Can Prepare For Job Loss While You’re Still Employed

Determine What Makes You Stand Out

You should decide three key things that separate you from other candidates, said Charlette Beasley, HR and payroll analyst at FitSmallBusiness.

“You may have more, but choose those that put you in the best light. And use them to create a pitch that touches anyone who hears. Practice as many times as necessary until you perfect the art of selling your value to employers. Once you have it, you can use it as the foundation of every interview; it may require a few tweaks here and there, but the hard work will be done,” she said.