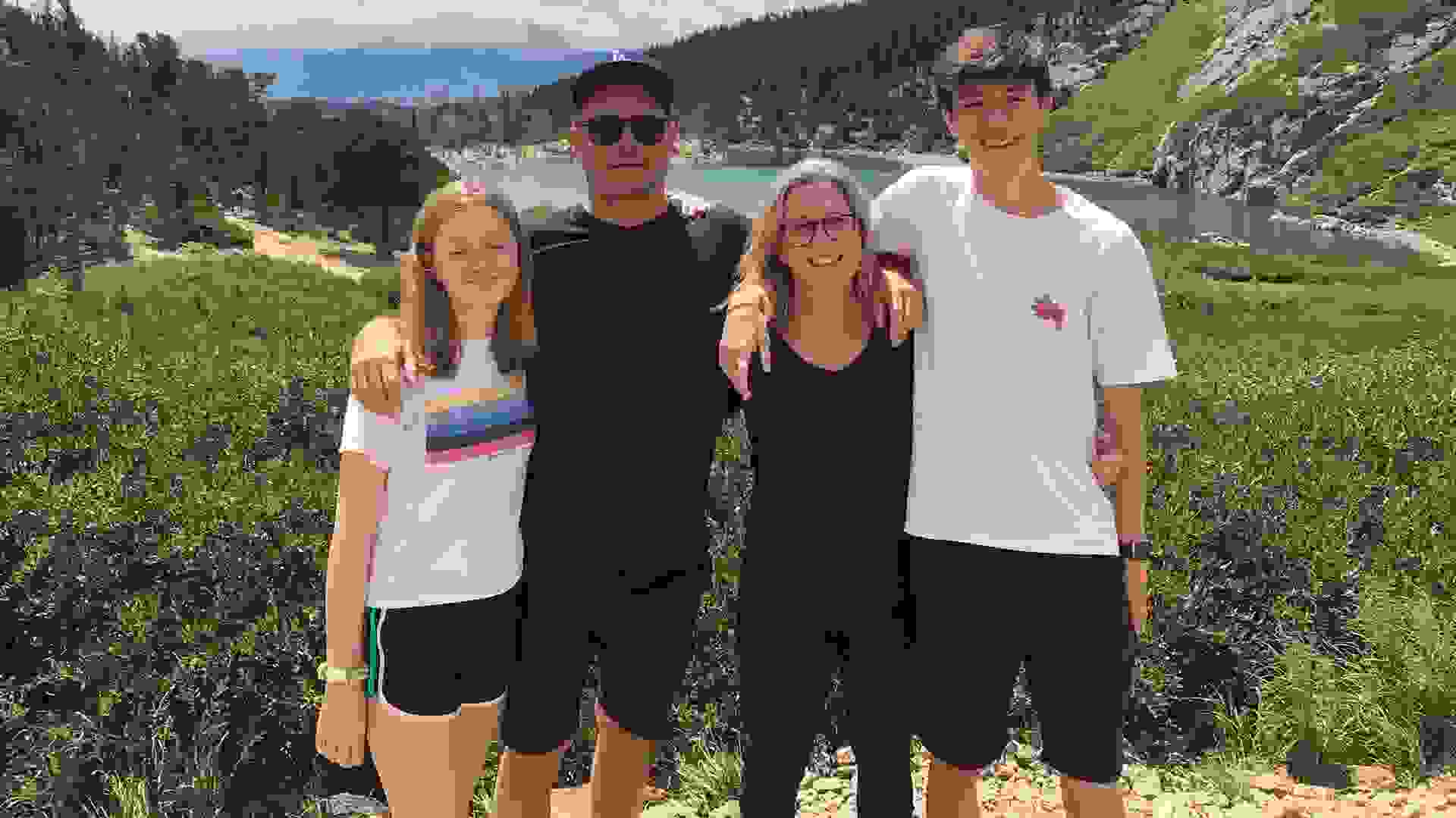 Society expects women to have children. It also expects them to work, as it’s no longer feasible for many Americans to live on a single income. And yet, after pausing their careers to have and care for their children, many mothers find returning to the workplace a challenge. Some feel out of practice or struggle to adjust to their new double role. Other times, the lapse in employment makes it difficult to find a new job.

To understand the struggles working moms face, GOBankingRates interviewed 11 women who returned to work after having children. They shared their experiences — the good and the bad — that seem to defy the belief that taking a sabbatical can help your career. 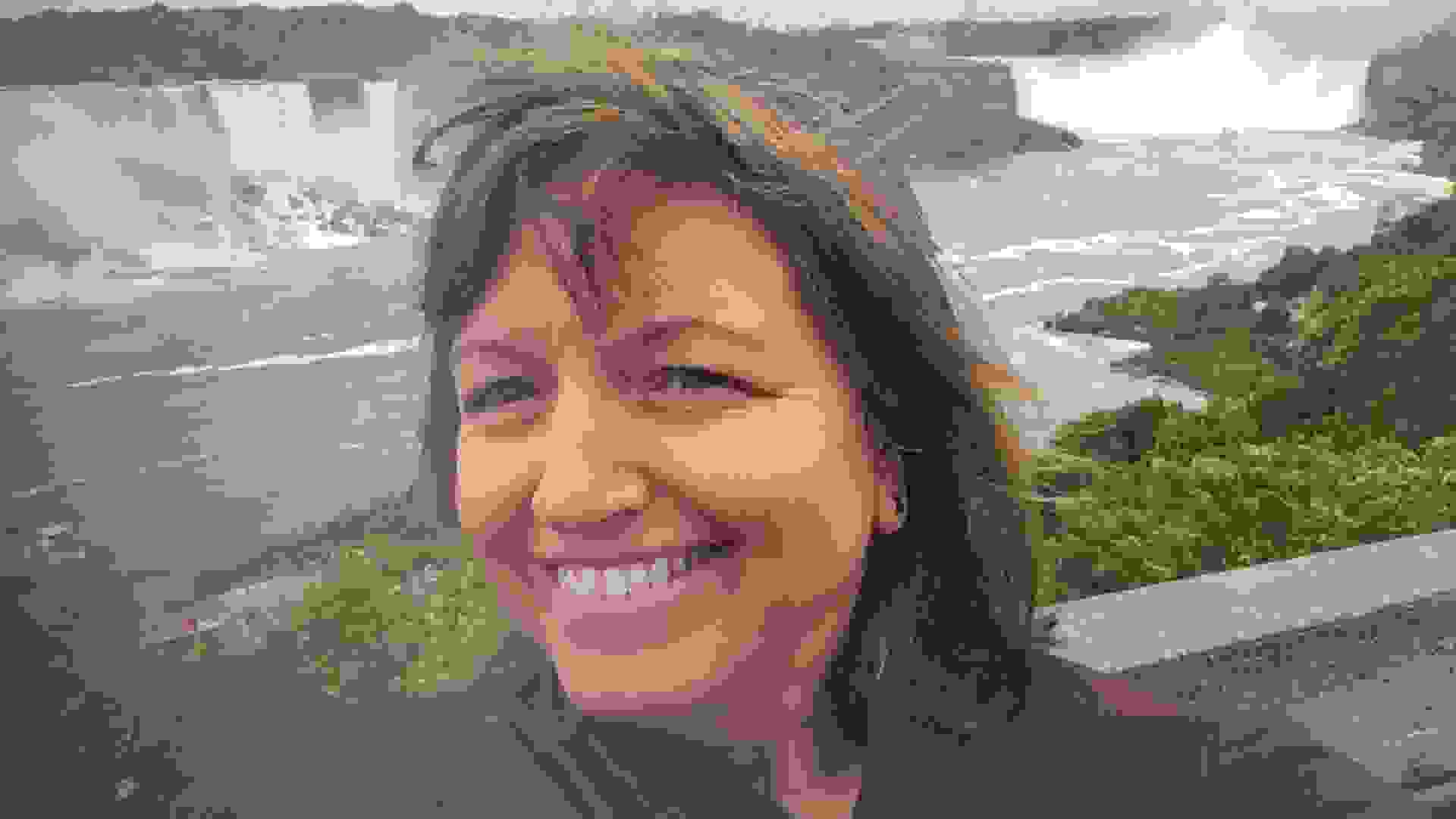 Annick Lenoir-Peek, the creator of The Common Traveler, struggled to find a suitable job as an attorney after becoming a mother. All the jobs she was offered were framed as full-time, but when she took them, rarely turned out to be. Employers also routinely doubted her dedication to the job.

However, Lenoir-Peek cited employers’ failure to accommodate parents as her biggest challenge. “The worst was courthouse clerks who would tell me to go use the public restroom [to pump breast milk],” she said. “I had to ask judges if I could use their chambers or ask for a recess to go park far away in the parking lot.”

When her children eventually reached school age, her request for a slight shift in hours was seen as a problem. Lenoir-Peek believes she was initially turned down because “they’d never had a female attorney who was the primary parent.” Fortunately, someone went to bat for her and convinced her bosses it wouldn’t be an issue.

Check Out: Follow These 12 Working Moms Who Are Also Financial Gurus 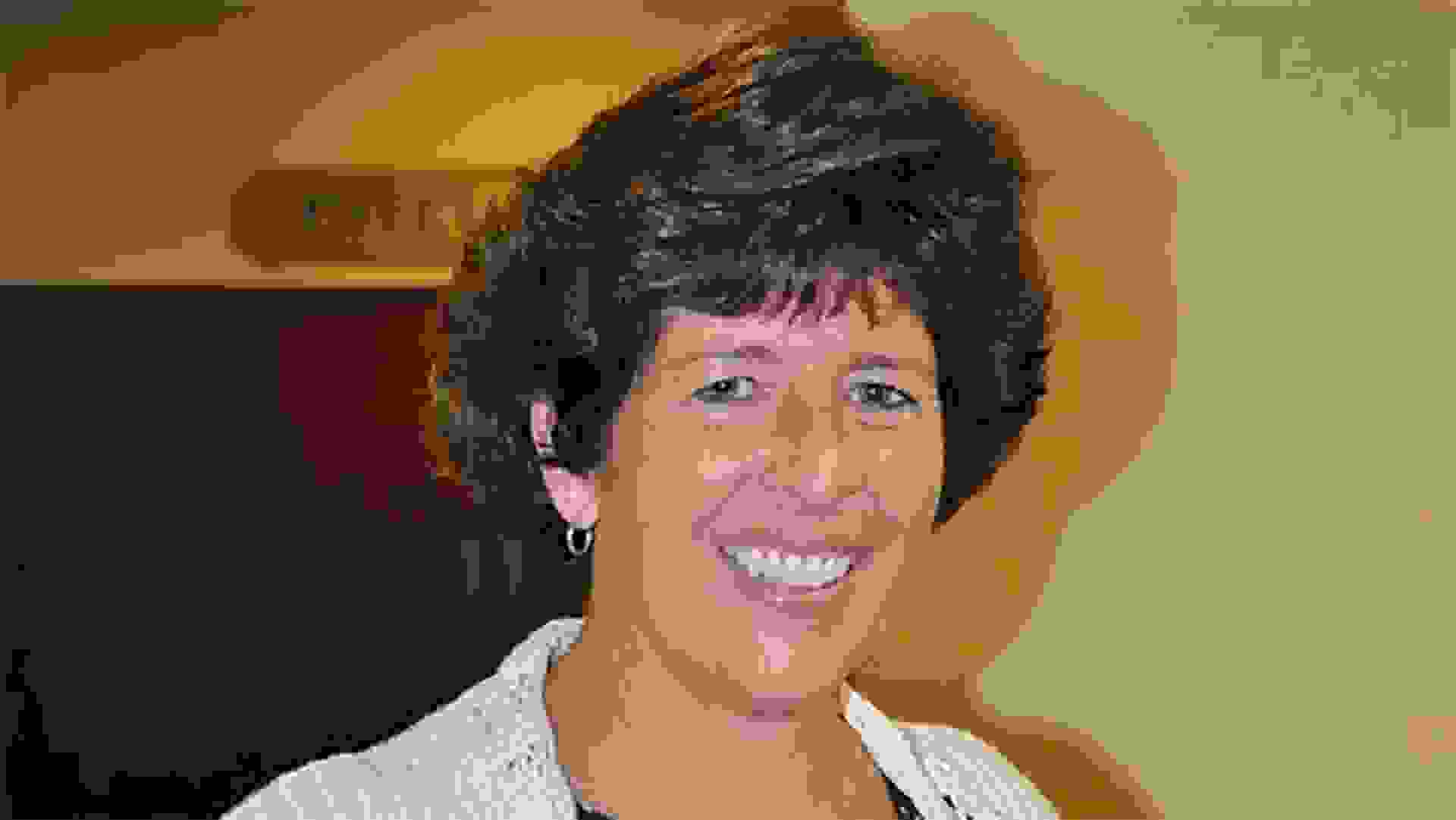 Creator of Make Smarter Decisions, Vicki Cook was fortunate enough to be in a high-demand career when she had her children. “As a chemistry teacher, they were begging for me to return since they couldn’t find a qualified replacement for me,” she said. Now, she pays it forward by substituting for new moms who are science teachers.

Cook realizes this was a fortunate situation, one that many women don’t experience. “It’s helpful to have a union and clear contracts around parental leave,” she said.

Do You Know? Best and Worst Cities to Be a Working Mom 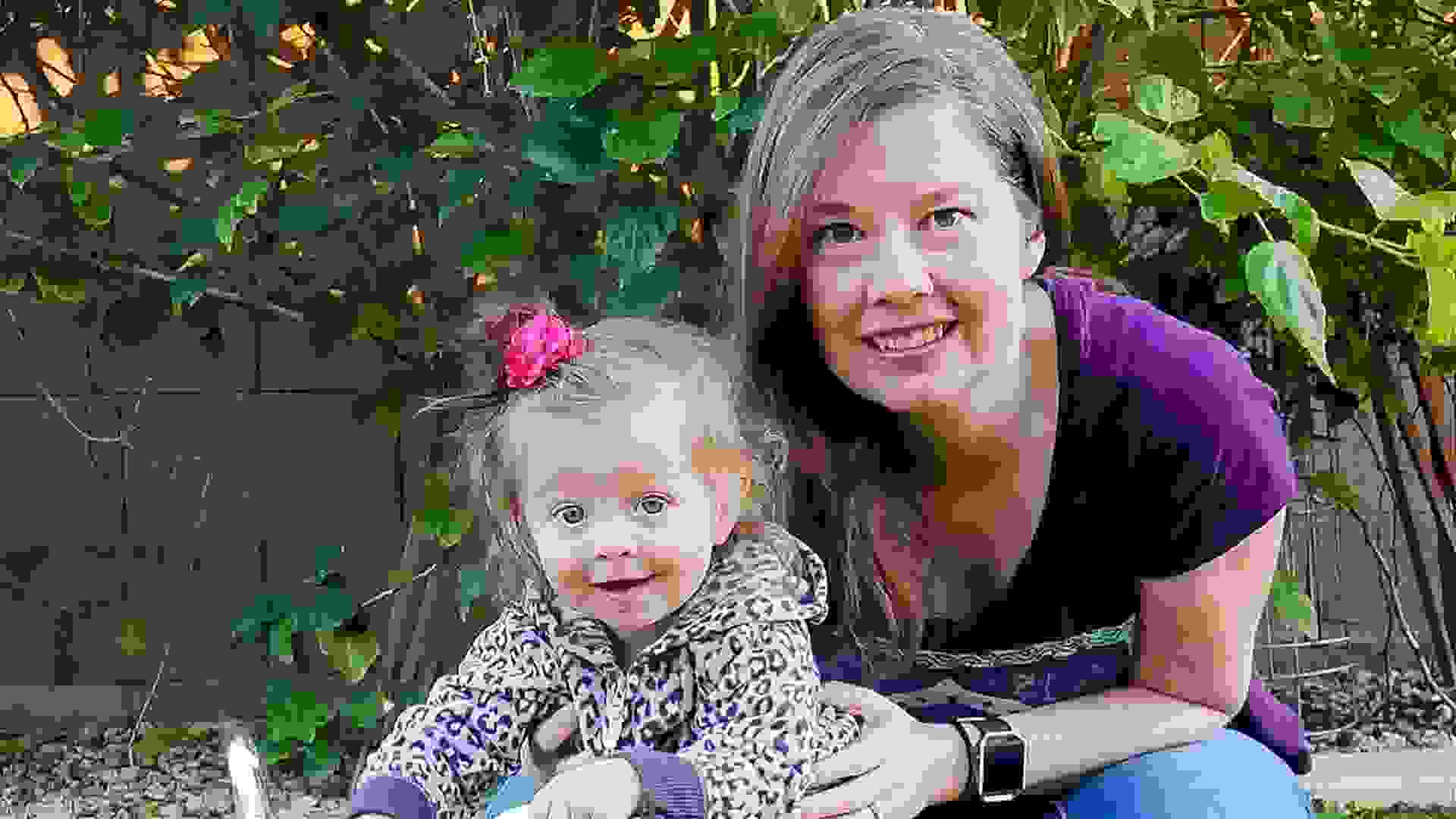 Not Being Full-Time Means Career Stagnation

Amy White of the parenting blog So Goes Life worked with many working moms as an HR director before having her own child, so she knows a thing or two about what happens when moms go back to work. She meant to work part-time upon her return, but the hours slowly increased to the point that she was working full-time and then some. She realized that she needed to decrease her hours in order to juggle both family and career.

“At this point, I know that I won’t receive additional promotions or be able to grow within the company until I am able to work my typical 50-60 hour weeks,” she said. “It is really hard to watch others move forward, but for me, the sacrifice of working part-time to have more time with my baby is worth the stalled career.”

Food for Thought: The Savings Behind Being a Work-at-Home Mom 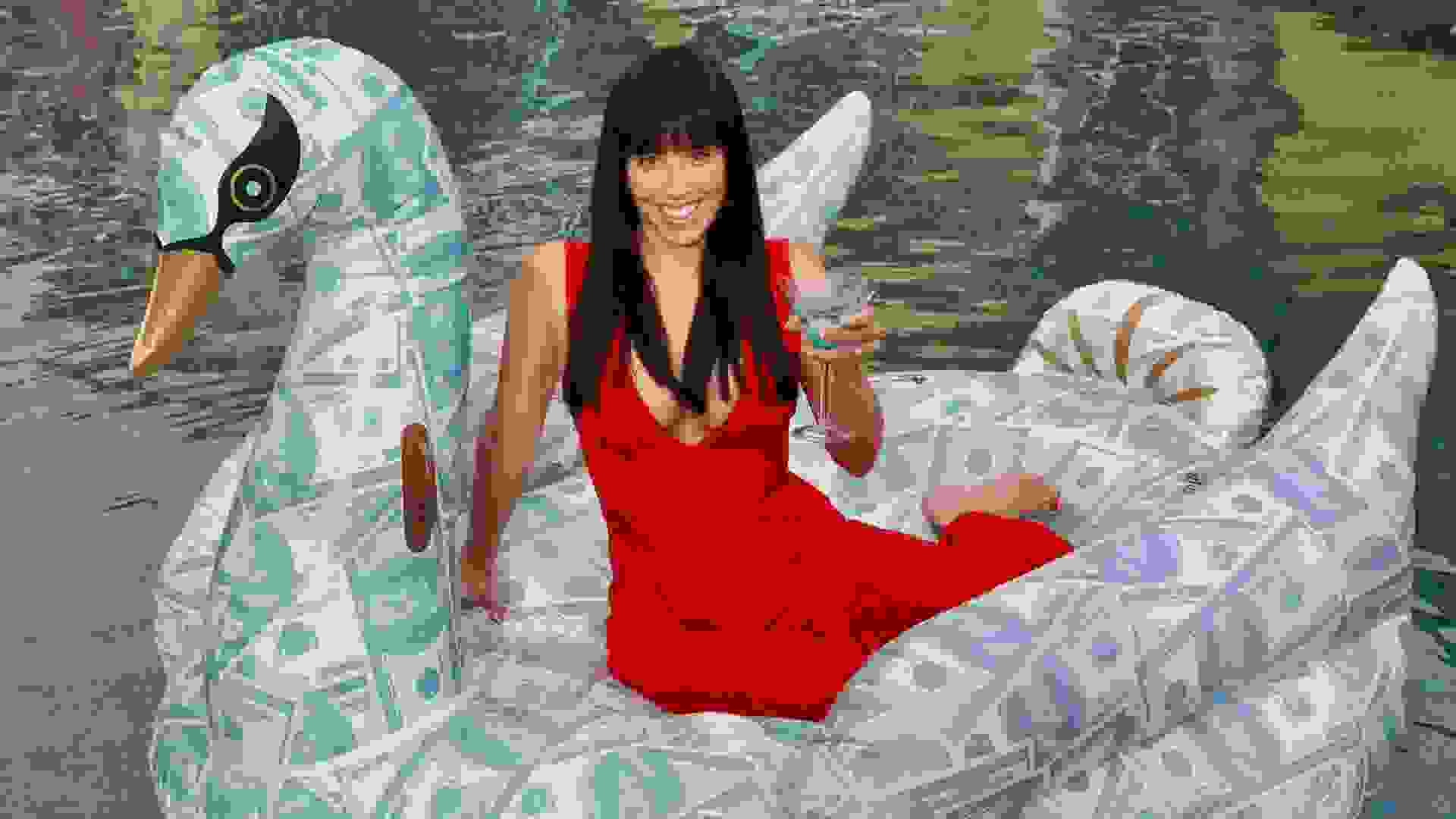 She Became a Better Employee

Brianna Rooney has been a recruiter for 11 years and runs recruiting company Techees. She also has two children, ages 5 and 20 months. She said maternity leave made her fear being “out of the game,” as well as a disconnect with her employees.

Though there was an adjustment period, Rooney is now in the swing of things. She’s come to recognize that being a mom has actually made her better at her job. “You find ways to multi-task better than you even imagined,” she said. “I can move at lightning speed.”

She Fell Behind Her Peers

Many countries treat maternity leave a lot differently than the U.S. Having kids in Australia, for instance, ensured Cerentha Harris, a senior director of content in digital media, would get a year off with three months paid, plus the guarantee of a job when she returned.

There was a downside to her lengthy leave, though. “I fell two years behind in terms of my salary and my husband did not,” she said. “We were earning the same amount at the time I got pregnant and he pulled ahead over that period and has stayed ahead ever since. That is frustrating — that feeling that I had to make a choice he didn’t have to make. And my career suffered.”

Related: Being a Mom Cost Me Thousands — And I’d Do It All Over Again 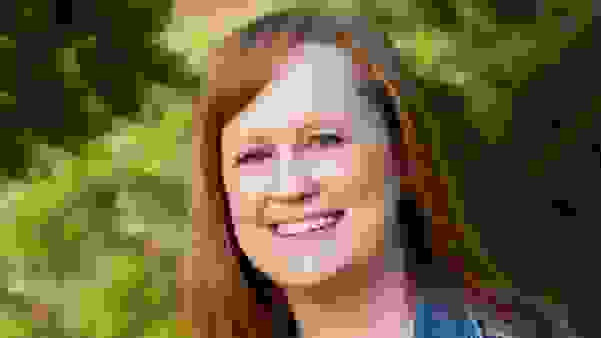 She Returned to Work When It Felt Right

Kristen Voglewede, a senior digital media manager, said she was fortunate enough to have a very long maternity leave by U.S. standards: 11 months. She returned to work part-time at first, which gave her the necessary time to adjust.

“Since the majority of women in this country are forced to return to work before they are physically and emotionally ready,” she said, “I always share my positive maternity experience with anyone who will listen, in hopes of encouraging others to be more progressive with their parental leave policies.”

Other Women Who Did It Their Way: 8 Moms Who Built Amazing Careers After Taking Time Off for Kids 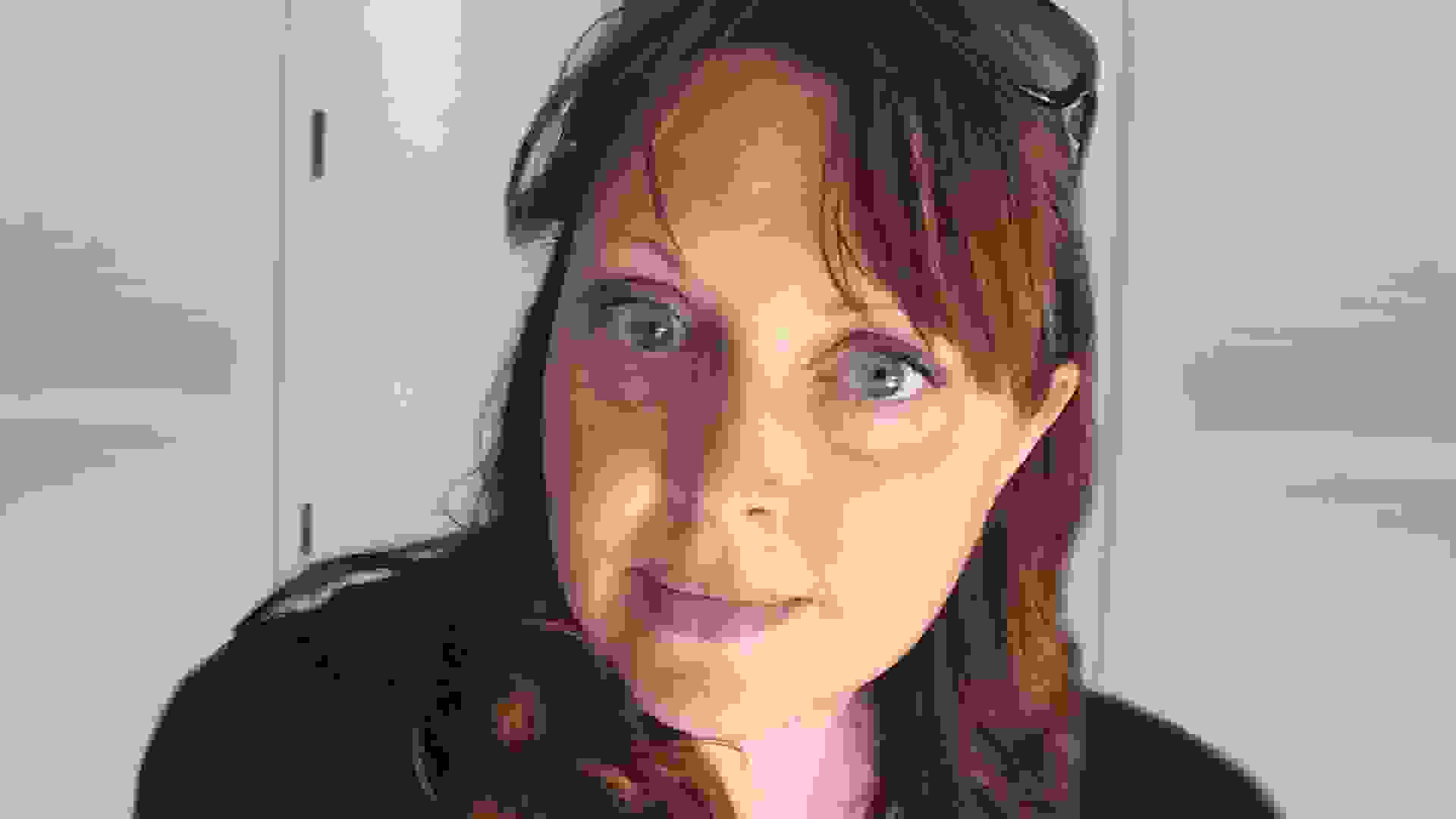 Planting Money Seeds creator Miranda Marquit was working as a cashier when she had her son. The retailer she worked for, though very supportive, didn’t offer paid maternity leave. Marquit had to save up for months ahead of time. Even then, she could afford very little time off.

“The finances were stressful because I wasn’t earning much and had to make sure that I got full hours back when I returned,” she said. “I could only afford to take four weeks off.”

Consider: Why Hiring Moms Is the Key to a Successful Business 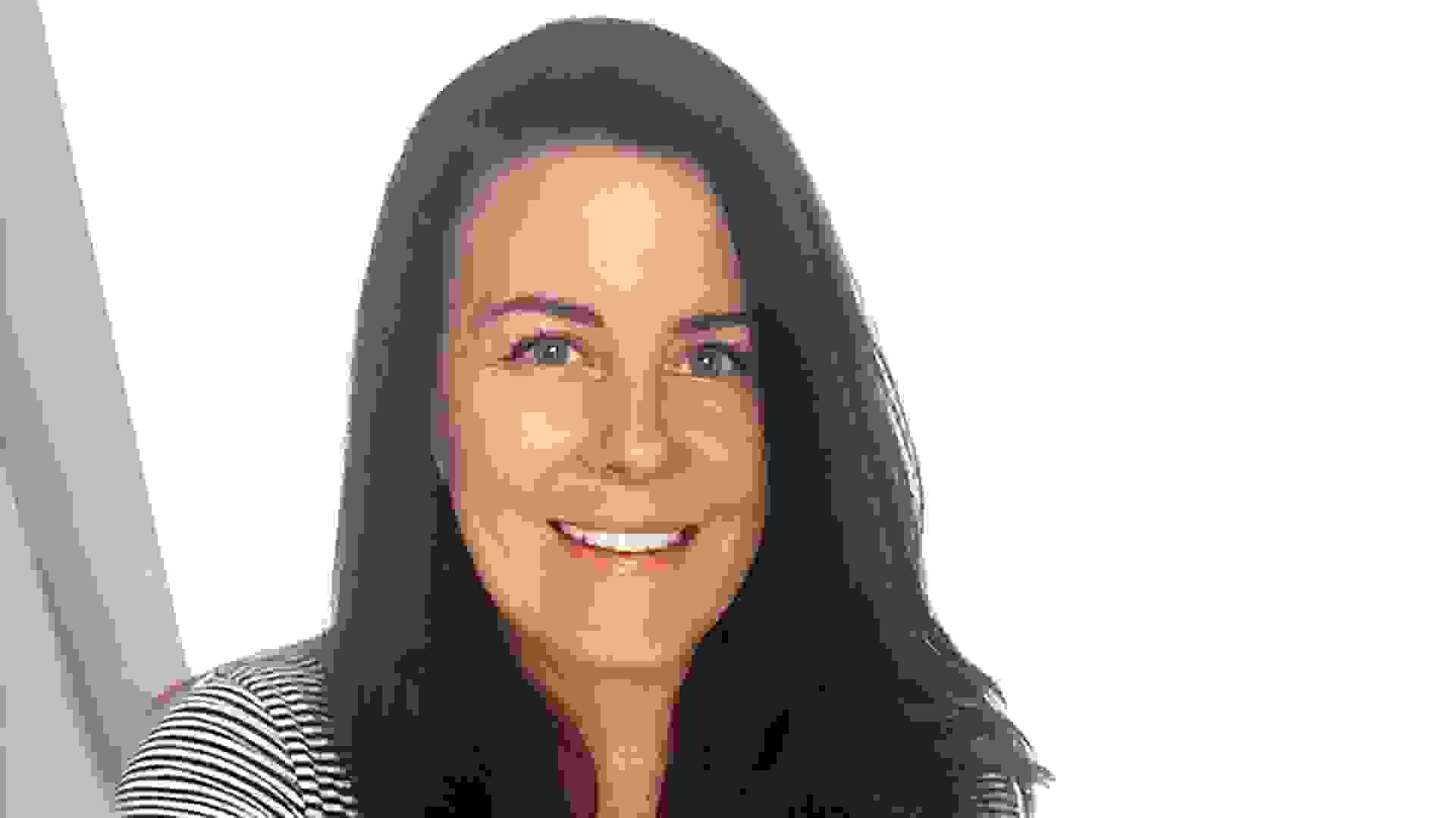 She Felt Pressured to Return Too Soon

Peti Morgan of the site The Leveraged Mama shared her story of going back to work after having a baby with GOBankingRates earlier this year. Her daughter was teething when she went back, and she consequently wasn’t sleeping well. “So, my sleep debt grew and grew. And, soon enough, I was suffering from postnatal depression,” she said.

Morgan returned to her IT consultant job before she was ready was because she had racked up consumer debt and needed to start making money again to pay it down. She now espouses the virtues of having a safety net and diverse income streams. “If I were prepared for ‘life happening,’ I wouldn’t have needed to go back to work as early as I did, and I might have avoided postnatal depression,” she said. 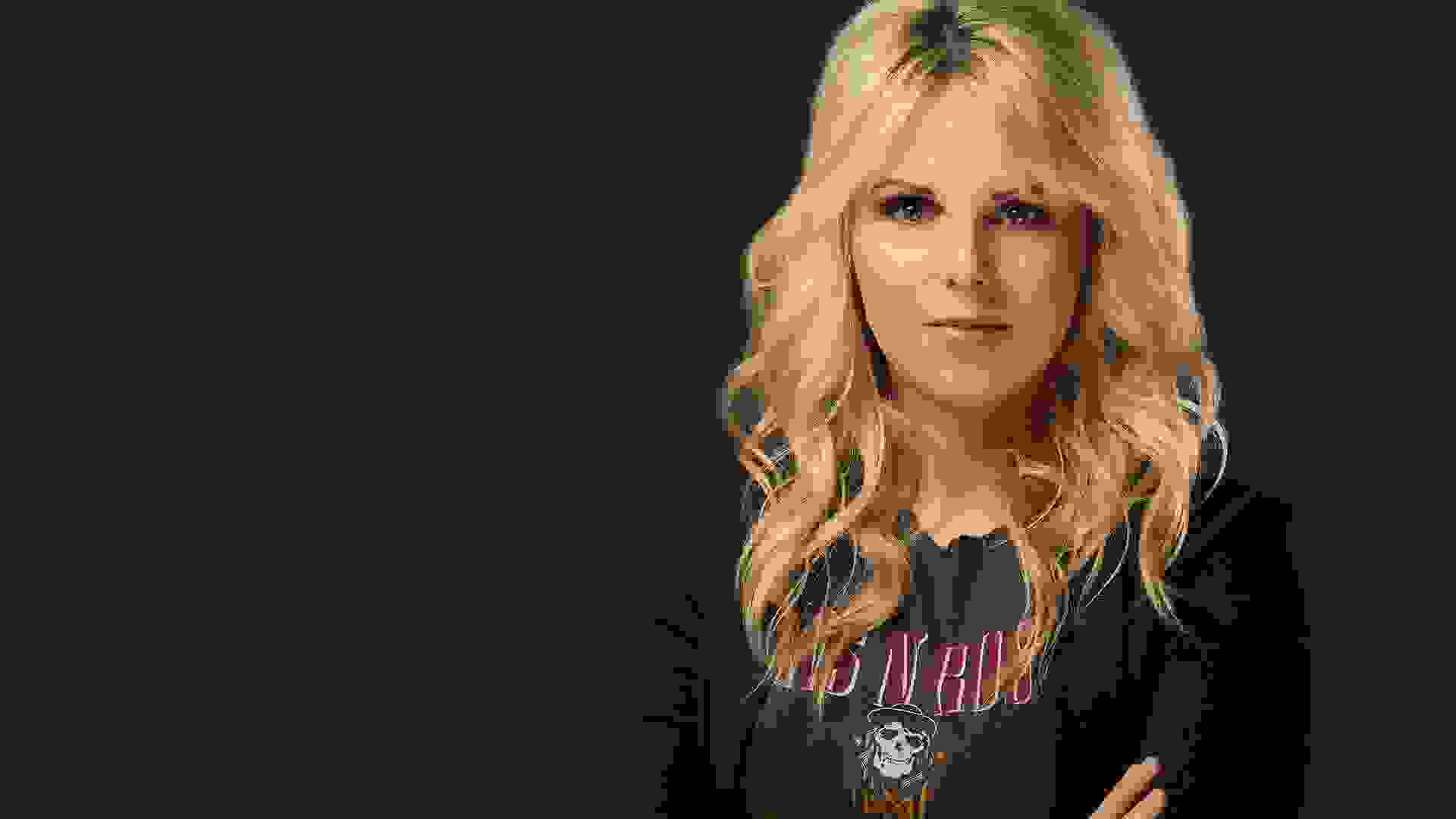 She Struggled to Have It All

Avery Carl is a top 3 percent-producing real estate agent with Village Real Estate. The question she grappled with was never “when does maternity leave end?” but rather, “when will it ever begin?” This working mom said she had zero opportunity for maternity leave.

Her assistants took some of her workloads off her plate and informed clients that she was in the hospital giving birth, but that didn’t help. “The overwhelming response was ‘Tell her congratulations. Ask her if she can do X, Y or Z ASAP,’” she said. “I got three properties under contract while I was in labor. I was negotiating repairs from my hospital bed, and I was on new client calls on the way home from the hospital.” 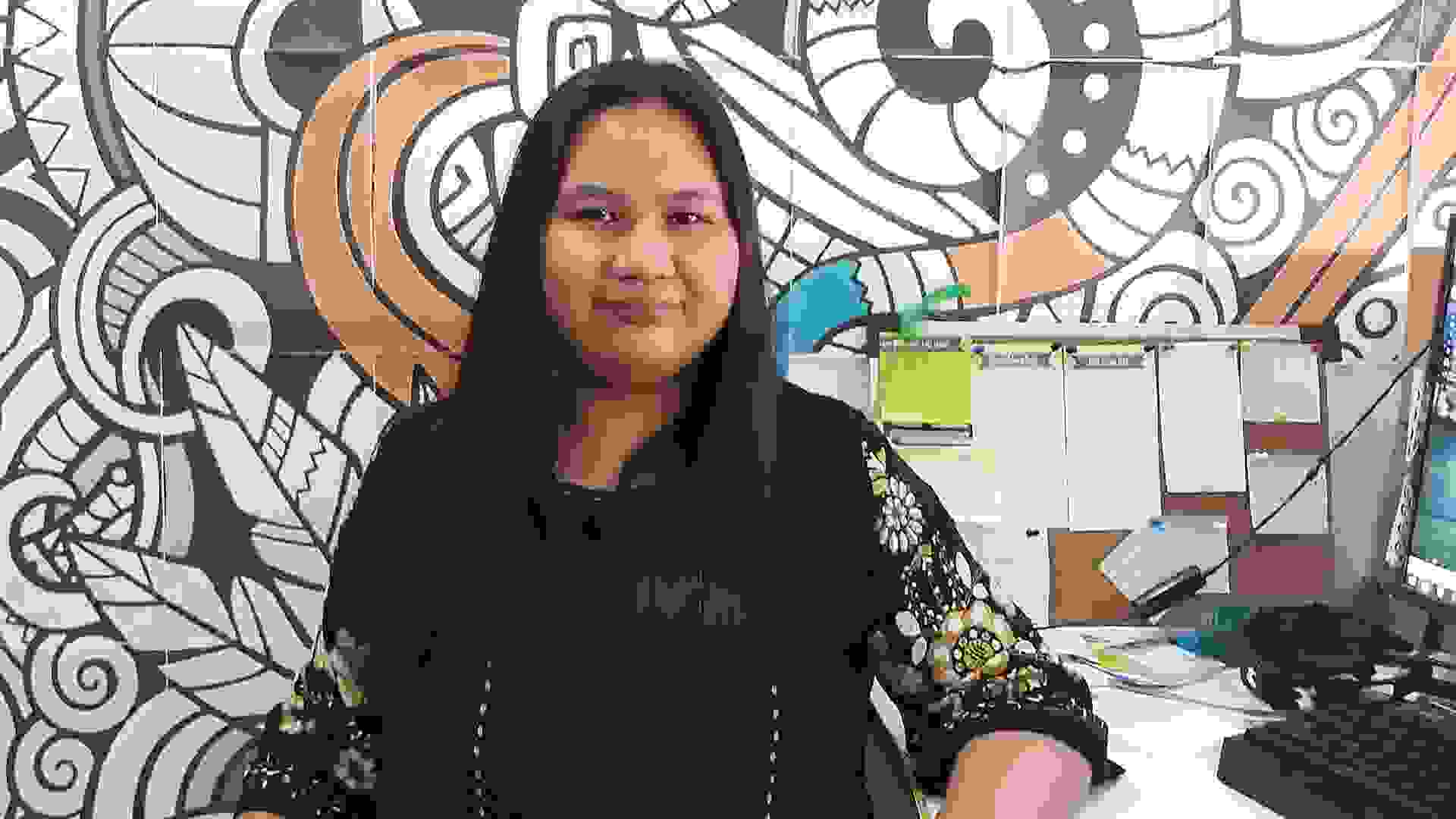 After four months of leave, content director at Cash Mart, Faith Dayrit, returned to work. She found that she wasn’t prepared at all. Not only did she have to get back on a routine and acquaint herself with new members of the staff, but she also had postnatal depression, which was exacerbated by work.

“I had become more sensitive with the people around me,” said the single mother. She said she was overly emotional and short-tempered, even isolating herself from her co-workers to avoid a blow-up. Fears of being incompetent and losing her job raced through her mind for months.

She couldn’t stop feeling bad about being a working mom, either. “I often felt guilty having to work and not [being] able to care for my baby,” she said. “[I’d] get home when she [was] asleep and I had to rush to work as soon as she [woke] up.”

Luckily, Dayrit’s boss and co-workers helped her immensely. She was offered flexible work hours and her co-workers shared their own parental struggles. Now, things are looking up. 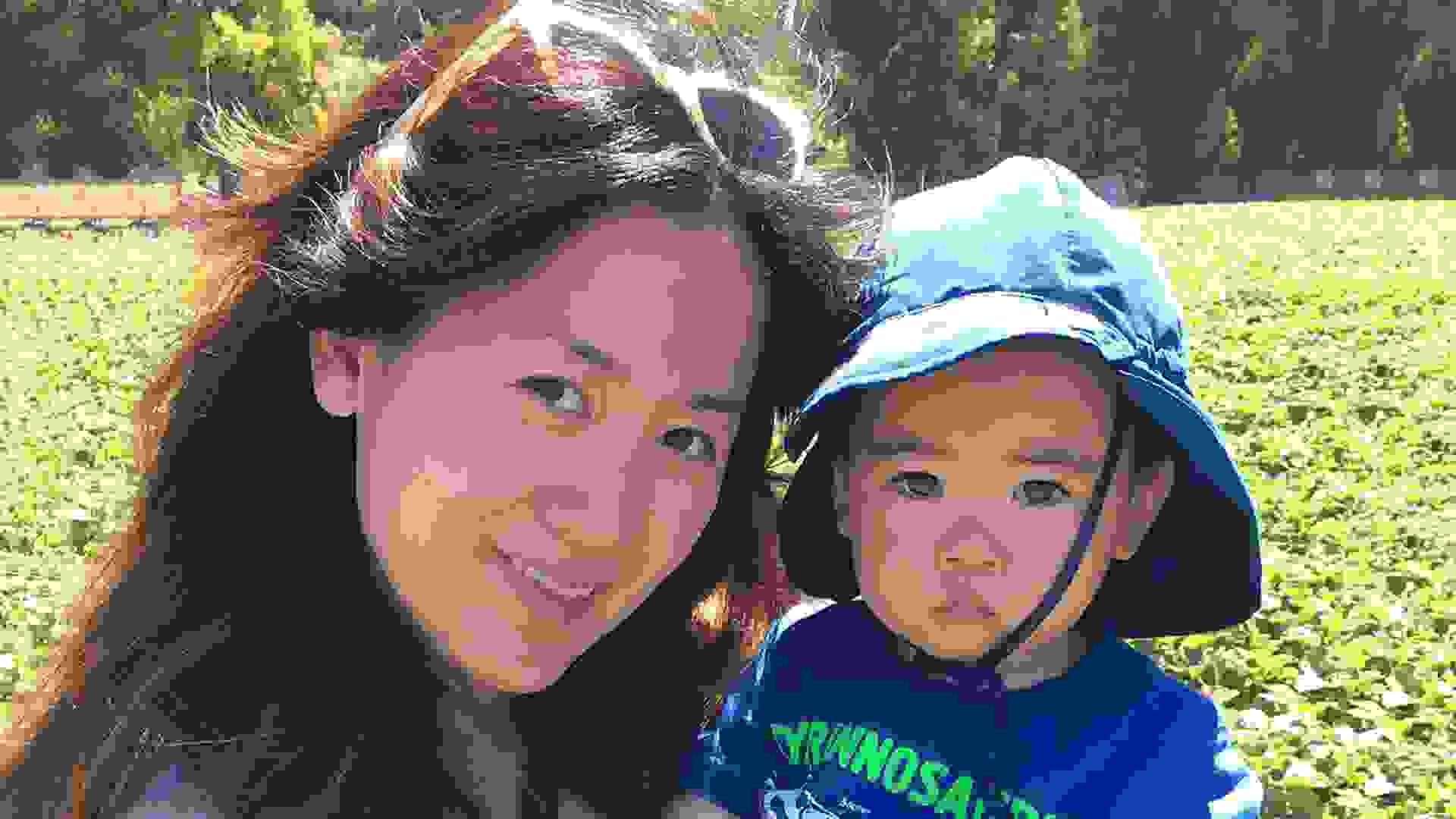 Jessica Chang found that what happens when moms go back to work is they struggle to find quality, affordable childcare. She couldn’t find good options for her son, which is ultimately why she started her own business, WeeCare.

“I was shocked by the high costs, limited availability of options and the long waitlists, so I tackled the issue head on and began buying and investing in preschools,” said the mother and CEO. Her business helps caregivers create at-home daycare businesses. This, Chang explained, also makes quality, affordable care accessible to others.

Chang believes entrepreneurship might be the answer for new moms. “A ‘mompreneur’ who chooses to start her own company — beyond working from home or with kids directly — has the opportunity to build her own schedule and spend time with her children,” she said. 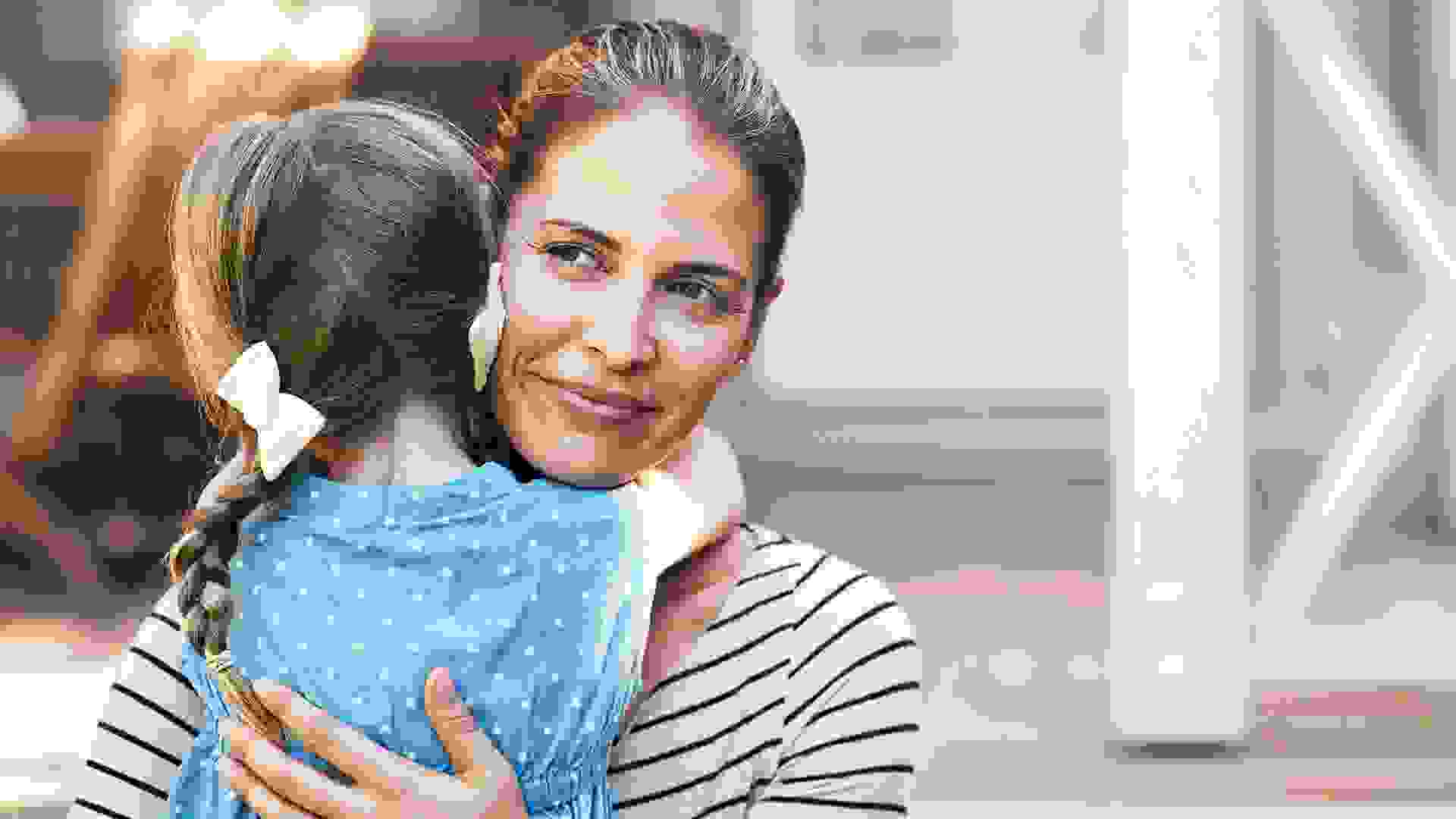 How to Make Your Post-Baby Transition Back to Work Easier

If you’re a mother struggling with the demands of career and parenthood, consider the following strategies:

Although the challenges of being a working mother might feel insurmountable at times, mothers can and will succeed in the workplace if they want to. “There is a lot of pressure to be a great mom and a great entrepreneur,” Rooney said. “Society makes you feel like you can’t possibly be equally great at both, … [but] moms have super powers that we don’t even realize exist inside us. You must activate them.” 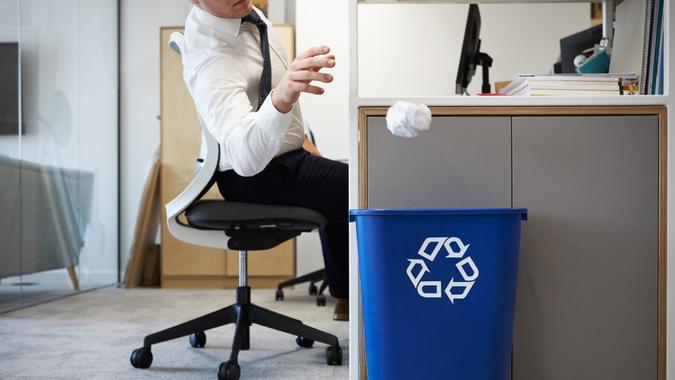 How Your Worst Ideas Will Get You Your Next Raise

This counterintuitive approach could earn you a pay bump.