Asking for Higher Pay Can Backfire if You’re a Woman, Study Finds 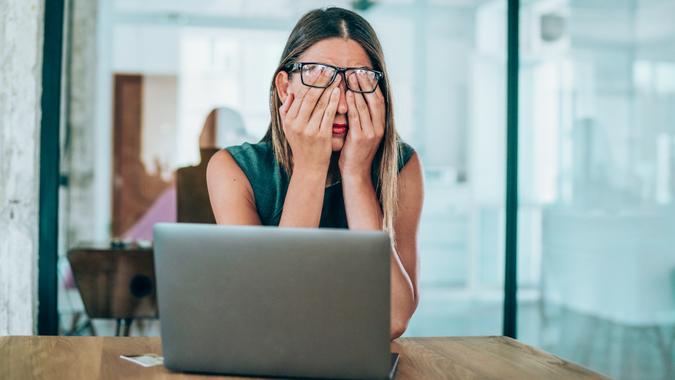 Though women have been encouraged to push for equal pay and ask for what they’re worth, a recent study published by the American Psychological Association shows that doing so can have negative consequences.

In 2013, Sheryl Sandberg published “Lean In: Women, Work and the Will to Lead,” bringing national attention to the gender pay gap and relationship between status and gender. A recently published study from researchers at Harvard and Dartmouth set out to understand why women are lagging behind in earnings by exploring their experiences when negotiating for higher pay, according to CBS News.

This study found that women, even those in high positions, are asking for promotions and higher pay, yet are three times more likely than men to fail during these negotiations. These results remained the same whether women were negotiating with male or female decisions makers.

Jennifer E. Dannals, one of the study’s co-authors and a professor at Dartmouth said the results were “somewhat disheartening.” The study noted that one of the reasons women were found to face resistance to receiving a raise or promotion was due to ingrained ideas of gender roles.

These results come amid the news that over 2.5 million women have exited the workforce since the pandemic started, according to Reuters. Although there are many reasons to account for high numbers of women leaving the workforce, including layoffs and childcare challenges, the study’s researchers noted that women might feel less empowered to negotiate, particularly if finding a new job is difficult right now, CBS News reports.

Overall, this report concludes that the findings have less to do with women asking for what they want and more to do with how companies are responding to these requests.

Check Out: High-Paying Jobs Where Women Outnumber Men
Read Next: The Gender Wage Gap Through the Years

“The onus doesn’t necessarily need to be placed on sort of the individual negotiator to try to navigate how assertive or not assertive they should be,” said the study’s co-author and Harvard business School assistant professor Julien Zlatev. “The onus really needs to be placed on the organization or sort of the structures that they put in place to make sure that, regardless of whether or not people ‘get it right,’ they’re still going to be getting an outcome that they find beneficial to them.”