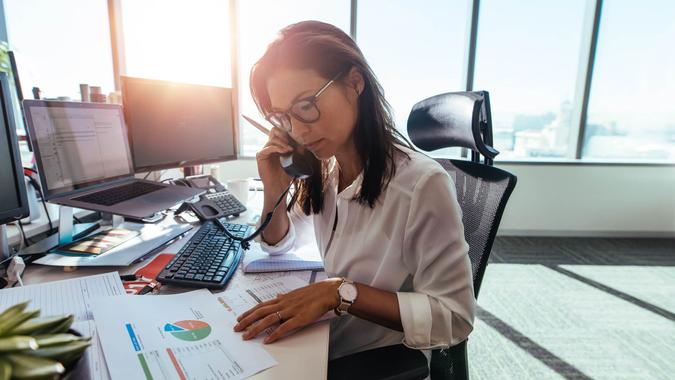 Women have suffered the most financially during the pandemic, but there are nascent signs the situation is improving. The wage of American women rose and outpaced the wage of men in February, 4.4% to 4.1%, according to the Atlanta Federal Reserve’s wage tracker. This was the sixth straight month women’s wages outpaced men’s, but women working full time still earn 83% of what men make, Barron’s noted.

“This group of workers who experienced the worst disruption during the pandemic is now also experiencing the fastest recovery in earnings and employment,” Julia Pollak, chief economist at ZipRecruiter, told The Wall Street Journal. “It’s sort of sad that we only see these reversals and any kind of narrowing in the gaps when the labor market is extraordinarily, unusually tight. But that is typically the pattern.”

Women who switch jobs are also reaping big pay increases. About 31% of women who changed jobs during the pandemic got a compensation package–including salary and bonus–that was more than 30% higher than in their previous role. That slightly exceeds the 28% of men who reported such a pay increase, according to the Conference Board, a private-research group.

In another encouraging sign, slightly more women who switch jobs during the pandemic are seeing a bigger payday than men. According to the Conference Board, 31% of women indicated that they now earn 30% or more, compared to 28% of men.

Women in the Workforce: How To Ask For a Raise — and Get It
Breaking the Glass Ceiling: How To Land a Leadership Position

According to The Wall Street Journal, the majority of women considering a return to the workforce say they strongly desire good pay, health insurance and job security, according to a survey from the Institute for Women’s Policy Research. However, many female employees say they lack these types of benefits, underscoring the gap between what women say they need and what employers provide, Nicole Mason, president of IWPR, said.

“Being able to close that gap, I think, is going to be critical in terms of women’s labor-force participation,” Mason added.