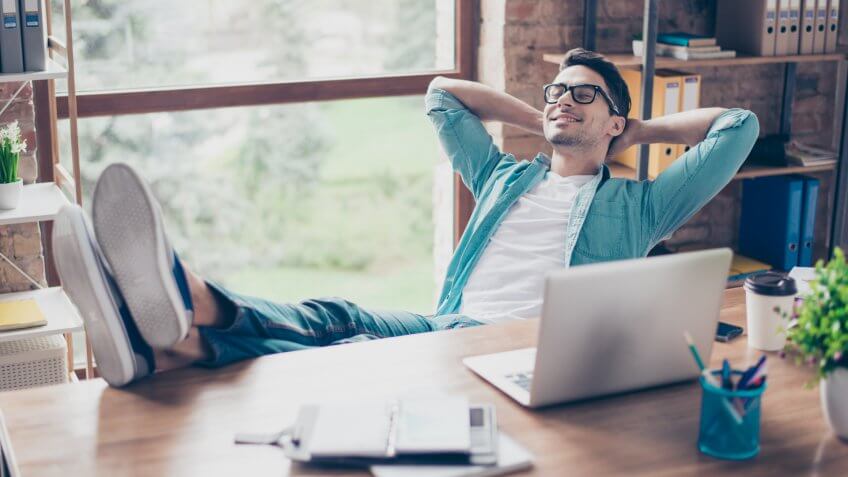 From crazy-long work weeks to after-hours emails to nearly nonexistent paternity leave, there are a lot of American work habits that totally blow peoples’ minds overseas.

While these U.S.-centric habits might not be seen in the most flattering light by global peers, hard-working Americans might be able to take a little positive inspiration from a few unique international work customs that generate good vibes for the spirit and good news for the bottom line.

Click through to see which work habits employers should consider adopting from other countries. 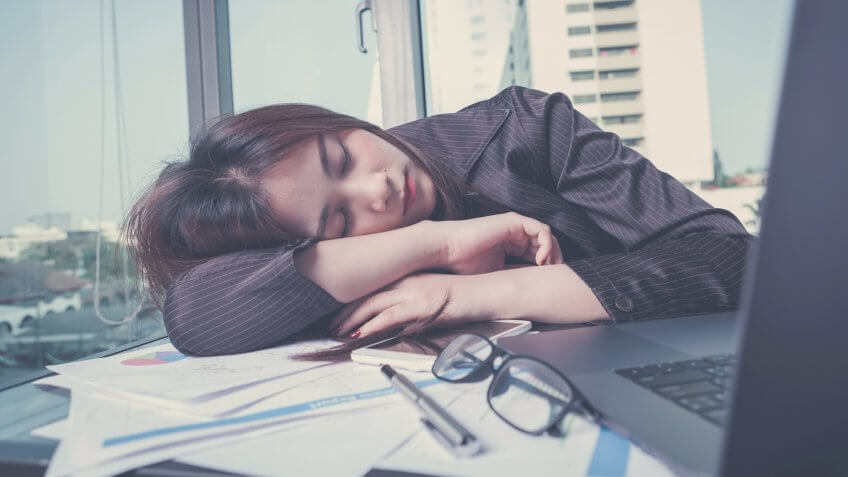 Napping on the Job

In the U.S., there are a few companies that let you nap on the job. But it’s not widely accepted.

Across the seas in Japan, however, napping on the job doesn’t just go unpunished — it’s often expected. The custom, known as “inemuri” or “sleeping on duty,” is especially common among senior white-collar employees in the Land of the Rising Sun, reports The New York Times.

Inemuri is a 1,000-year-old tradition, but napping at work is gaining global traction. In a study published by Nature Neuroscience, researchers found that workers who took a 30-minute nap avoided the deterioration in performance experienced by overworked employees. 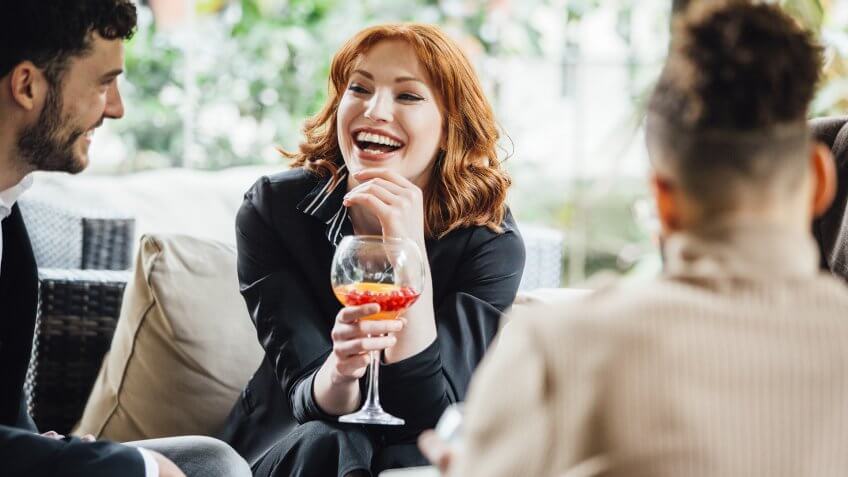 The Right to Disconnect

The French custom of not responding to work emails outside of business hours isn’t just a good work habit — it’s a right. Enacted in 2017, the “right to disconnect” ensures that French workers are not expected to check, respond to or send emails outside of their 35-hour work week, according to the BBC.

The goal is to reduce smartphone-driven sleep problems, work-related burnout and stress. The French could be on to something. According to 2017 research from the State University of New York at Oswego, smartphone addiction can increase anxiety and negatively affect the ability to work and study, CNN reports. 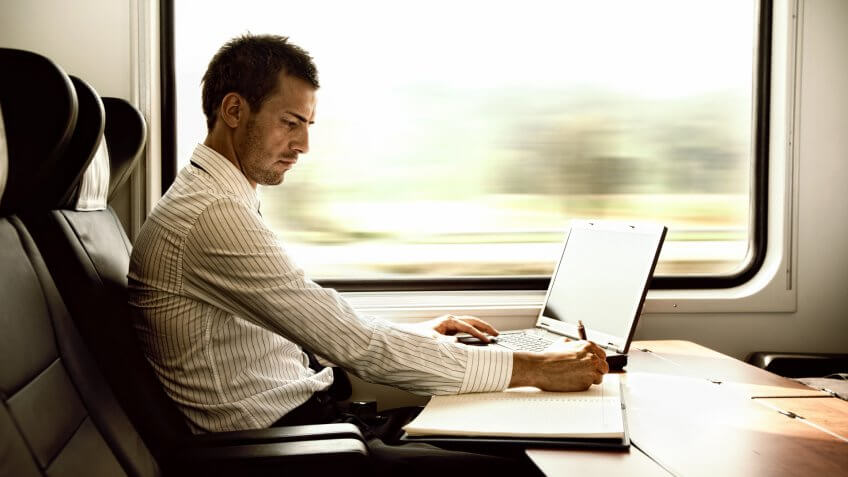 Depending on how far you work from your home, commuting can get very expensive. The idea of charging for the time spent commuting is so popular in the United Kingdom that the European Union Court of Justice ruled in 2016 that commuting does indeed count as work, and employers must pay for the time spent (if you don’t work from a fixed office, at least), reported Fast Company.

For American workers, adopting a similar mentality could be a massive paradigm shift. The latest numbers from Gallup indicate the average American commute is longer than ever, at 26.4 minutes each way. For five-day-a-week workers who earn just the federal minimum wage, making paid commutes standard could net them an extra $31.90 weekly. 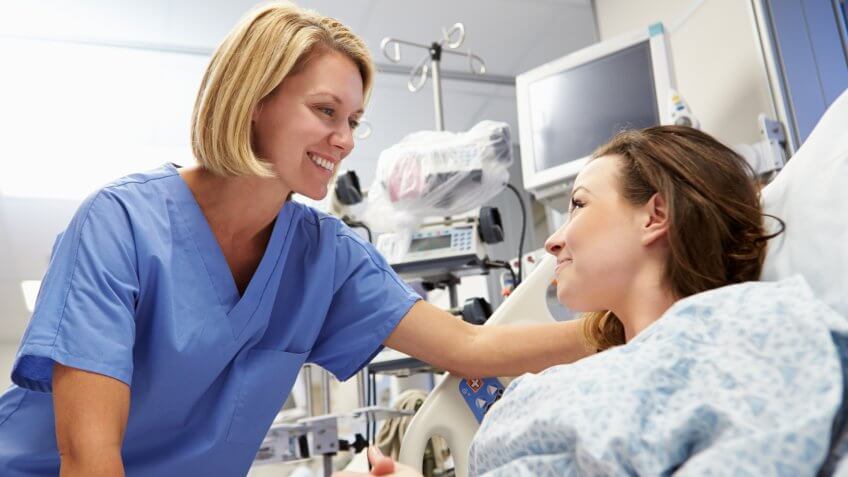 Even in Sweden, where workers are known to put in far fewer hours than in the United States, the six-hour workday is still more of an experiment than a habit. But that experiment might pay off in the end.

In a rigorous two-year trial, 70 assistant nurses in Gothenburg found that, overall, they had more energy and reported being happier when they worked six hours a day instead of eight, according to the BBC. More than that, the nurses who worked six-hour days called in sick less and even exhibited significantly increased productivity, organizing 85 percent more activities for their patients than nurses who worked longer hours. 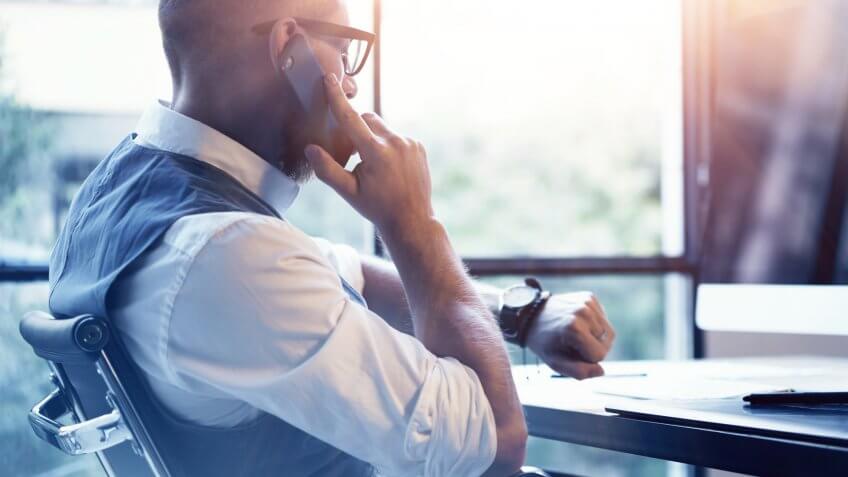 Speaking of working fewer hours, European employees simply are expected to work less overtime than their American counterparts. In fact, the European Union’s Working Time Directive, passed in 2003, guarantees that workers have a weekly working limit of 48 hours.

This custom seeks to avoid some of the common drawbacks of overtime, including inefficient and overworked employees, poor work-life balance, employee resentment, unsafe working practices and negative impacts on health.

In an industry plagued by overtime, a study by the International Game Developers Association backs that notion, stating, “At 60 hours per week, the loss of productivity caused by working longer hours overwhelms the extra hours worked within a couple of months.”

Did You Know? Your Boss Could Be Breaking These 7 Paycheck Laws 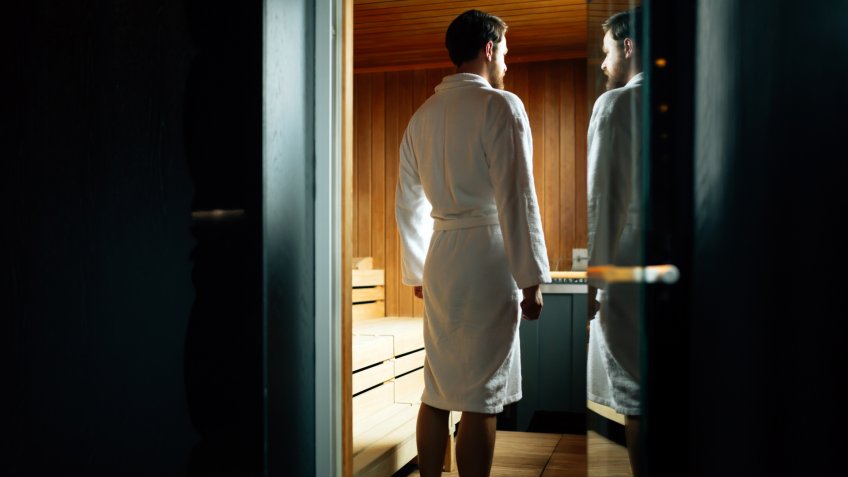 Meetings in the Sauna

As far back as 1987, the Christian Science Monitor said Finns described their charmingly unique tradition of sauna diplomacy as the “secret weapon behind much of their diplomatic and business successes.”

While the effectiveness of this quirky business habit is more difficult to quantify than others, the basic idea makes sense: When the CEO suddenly is just a naked person on a wooden bench, even the highest-risk business deal becomes a much more human interaction. 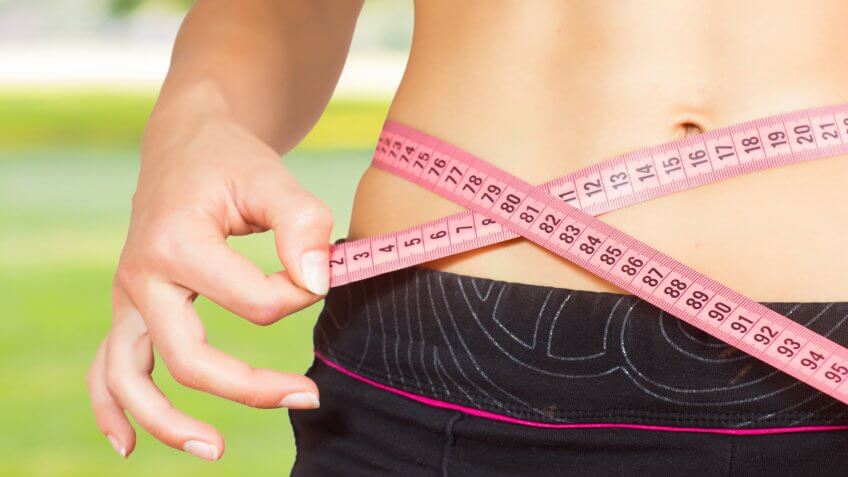 This work custom sounds harsh, but it’s been objectively effective in actively improving employee health. In 2008, Japan waged war on obesity when it introduced what’s known as “Metabo Law.” As part of the policy, employers are tasked with paying multimillion-dollar fines if their employees don’t stay on their weight targets, reported Mic in 2014.

The aim of the program was to reduce the country’s overweight population by 25 percent in 2015; by 2014, only 3.5 percent of the population was considered obese.

Though it seems unlikely that such a law would fly in the States, the most recent figures from the Centers for Disease Control and Prevention reveal that 36.5 percent of American adults are obese, a reality that costs the country well over $147 billion annually. 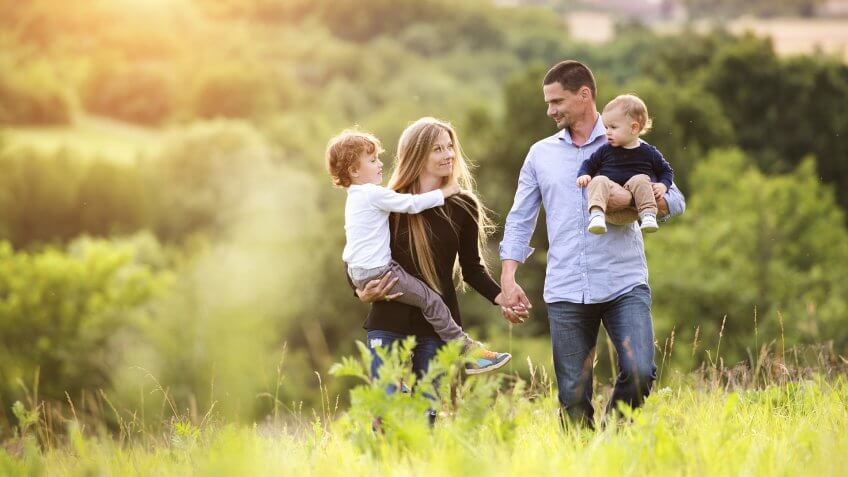 In the United States, the gap year already is a tradition, but it’s usually done in-between college and adult employment. In Belgium, the custom is a little different. “Career breaks” give Belgian workers the option ― as the country’s government describes it ― to put their careers on hold.

Whether you work full- or part-time, you are entitled to a full year’s worth of “time credit,” allowance and Social Security should you decide you need to take a gap year and reconsider your life.

In theory, the career break is beneficial. It enhances your work life and work-family balance, helps with parental leave and strengthens long-term career planning for professionals. 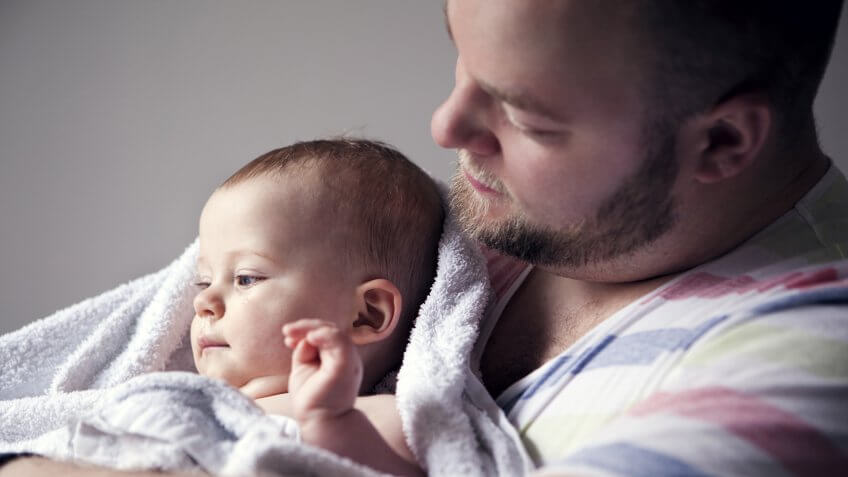 It’s no secret that Americans deal with some of the worst paternity-leave policies in the civilized world. With 480 days of leave at 80 percent of their pay, workers in Sweden enjoy some of the best paternity coverage on the planet, reports Business Insider.

In the United States, even the Department of Labor acknowledges that about half of men working full time report that their jobs regularly interfere with family life. The Joint Economic Committee reports that “paid family leave significantly increases the likelihood that workers will return to their jobs instead of dropping out of the labor force.” And, they’re “more likely to maintain their pre-leave wage level” when they stick with the same employer.

On a related note, a 2016 international study from consulting firm EY and the Peterson Institute for International Economics found that companies with the highest percentages of women in leadership positions consistently offered fathers more paternity-leave days, HuffPost reported. 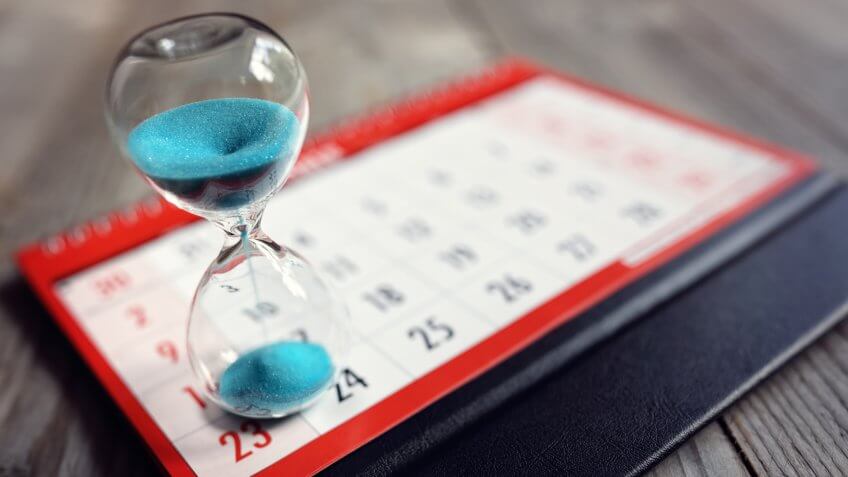 Residents of Spain have a reputation for taking their time, which might take American business travelers off-guard when Spaniards show up late for a meeting or miss a deadline without breaking a sweat. It’s not so much that missed deadlines are necessarily beneficial, but Spanish professionals might be on the right track by putting less emphasis on the very idea of the deadline.

In a 2016 survey, StackOverflow found that unrealistic expectations are the No. 1 challenge faced by software developers.

Put simply: Less focus on deadlines might lead to less burnout in the office.

Click through to see 11 employee benefits to get amped about. 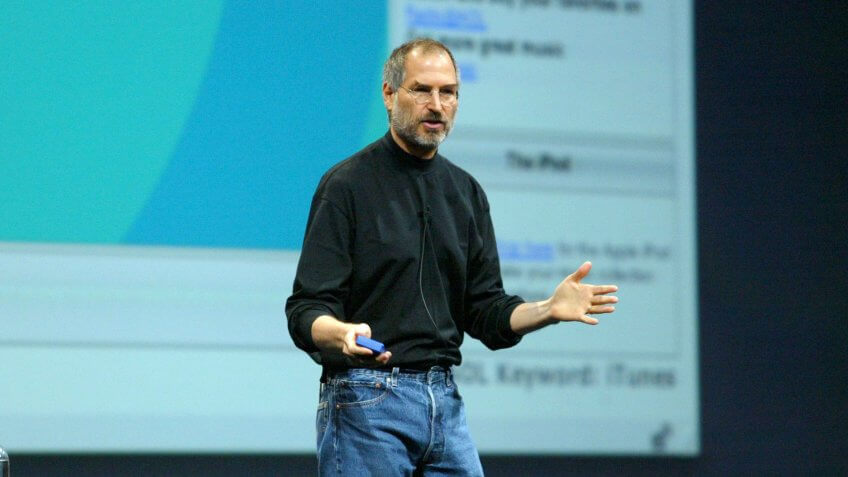 CEOs Who’ve Gotten Ousted — and How to Avoid Their

Learn from the mistakes of these CEOs.