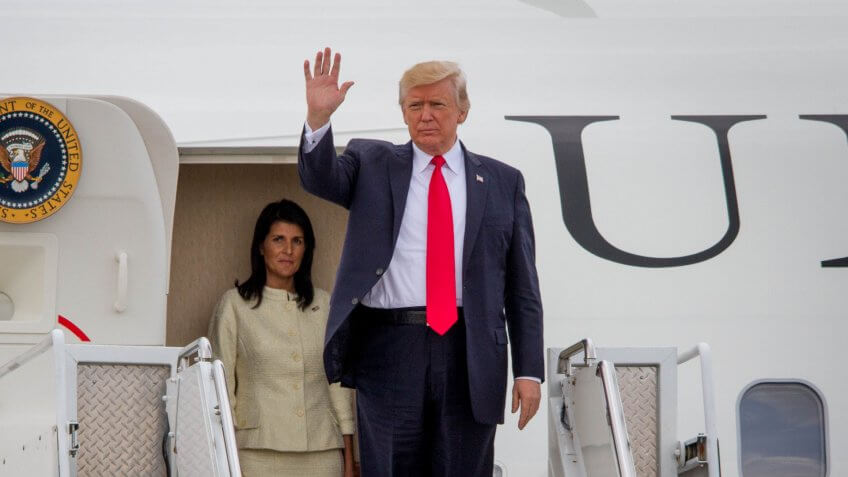 The title of commander-in-chief comes with awesome responsibility — but it also offers plenty of presidential perks to make up for the mental strain. Presidential benefits include how you travel, what you eat, where you sleep and even the funeral you’ll one day receive. And because taxpayers foot most of the bill, presidents can spend their money on the things they want.

Here are just a few perks of being president in case you’re considering a run in 2024. 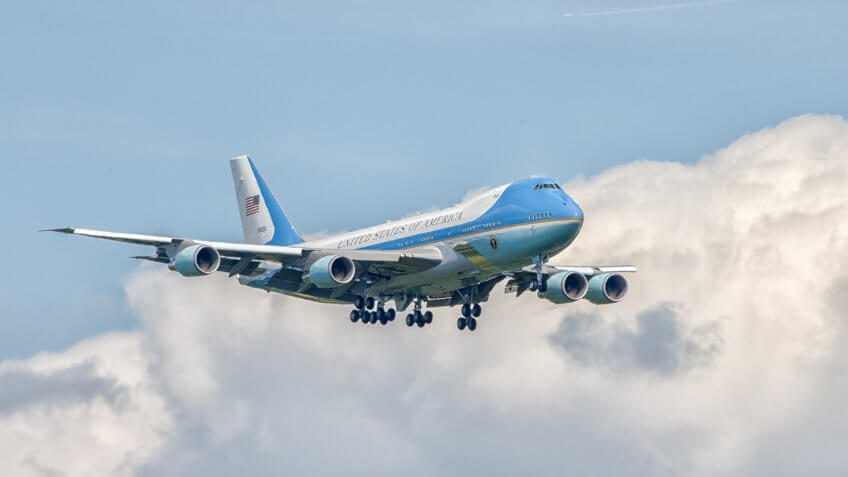 You Fly High in Air Force One

The commander-in-chief flies in style, comfort and safety aboard a customized Boeing 747-200B. With 4,000 square feet of floor space, it has the sophisticated equipment necessary to serve as a command center. And since it can refuel midair, it can remain airborne as long as needed.

The plane’s galleys can feed 100 people at a time, and the aircraft has the capacity to repel a wide range of attacks, including electromagnetic pulses. Air Force One costs about $200,000 an hour to operate, according to a CNN report. 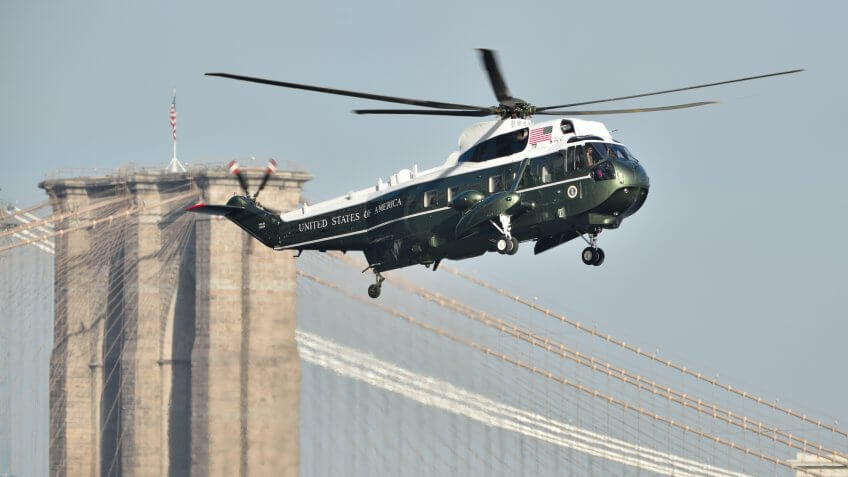 You Take Off in Marine One

The greatest getaway vehicle in the world, Marine One is a super-specialized helicopter that goes wherever the president goes. It is designed to rescue the president in the event of an emergency. Only four pilots from the respected Marine HMX-1 “Nighthawks” squadron are given the honor of flying the presidential super-chopper every year.

The helicopter can cruise at more than 150 mph and operate even if one of its engines fails. Marine One is armed with anti-missile systems and ballistic armor. Wherever it lands, a marine salutes the president. 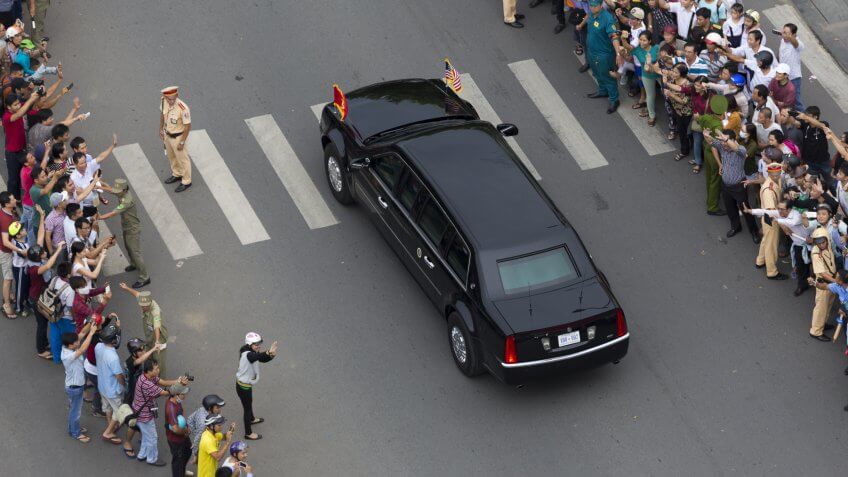 You Ride in ‘The Beast’

Designed by the Secret Service and kept under 24-hour surveillance, The Beast is actually a fleet of identical vehicles the president uses when moving by car.

Bulletproof and bombproof, the cars are designed for worst-case scenarios and built to withstand sustained attacks. President Trump will soon be riding in a new-and-improved Beast, but for now, he’s still using the vehicle that carried President Obama. Not built to be economical, it weighs as much as a tank and gets 5 mpg. 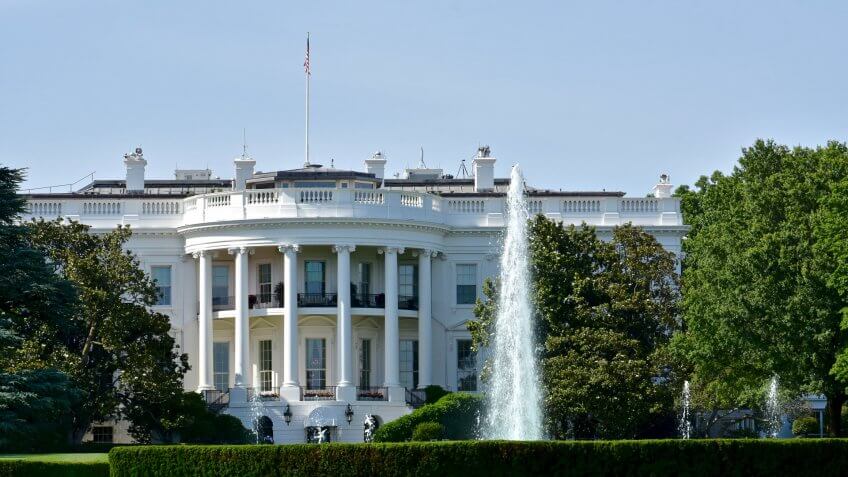 You Live in Cool Digs

Contrary to popular belief, there are no secret passages or hidden escapes — none known to the public, at least. There is a well-known underground complex that includes a florist and bowling alley, though. 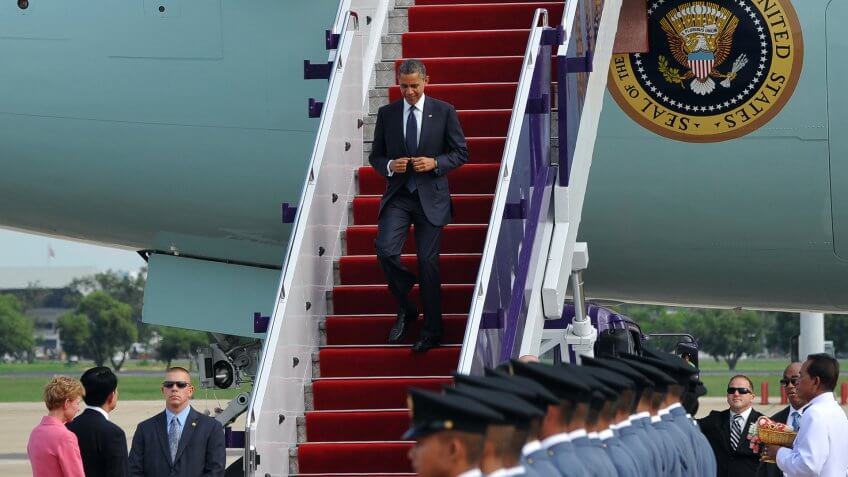 The General Services Administration is required to furnish former presidents with enough money to cover travel and business expenses. In 2016, Congress presented then-President Obama with legislation that would have capped taxpayer spending on former presidents’ office and travel expenses at $200,000 per year. Obama vetoed the bill, though. 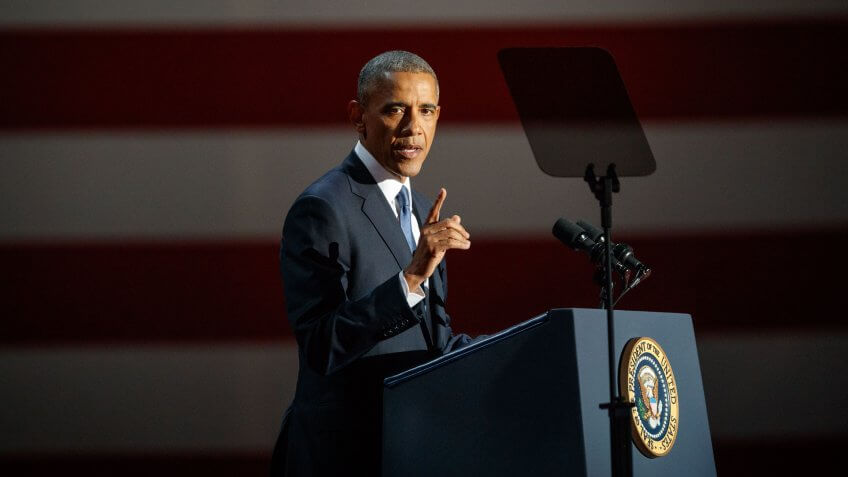 You Pull in a Hefty Pension

Not only do presidents get cushy offices and free travel, but they also receive a presidential pension — they are, after all, government employees. The Former Presidents Act determines what ex-presidents receive in compensation. The four living former presidents prior to Obama — Jimmy Carter, George H.W. Bush, Bill Clinton and George W. Bush — all received annual pensions of $205,700 in 2016. In 2017, newly minted retiree Barack Obama received $207,800. 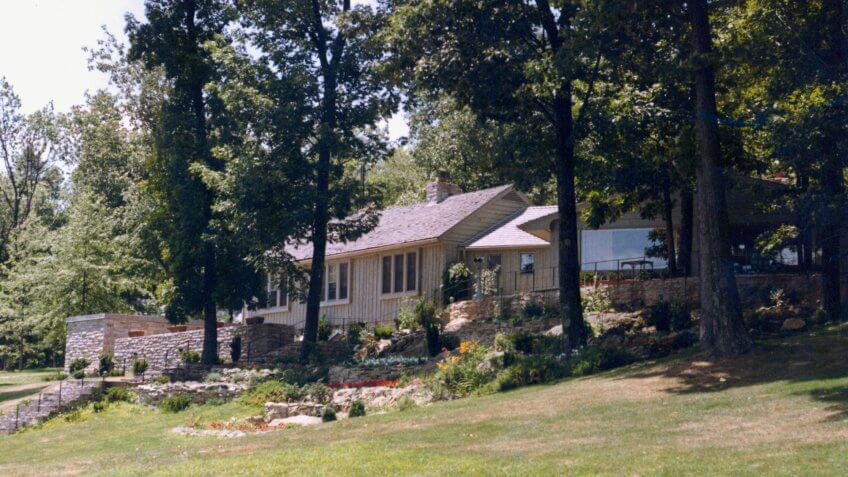 You Get a Country Home

Every president since Franklin Roosevelt has enjoyed his own retreat of solitude — Camp David. Located deep in Catoctin Mountain Park in Frederick County, Md., the camp serves as the president’s country home.

While it is charming, it’s not exactly rustic. Amenities include a full gym, swimming pool and an aircraft hangar. According to the book “The 1.4 Billion Dollar Man: Costs of the Obama White House,” every night the president spends at Camp David costs $711,000.

Planning: Your Best Age to Retire 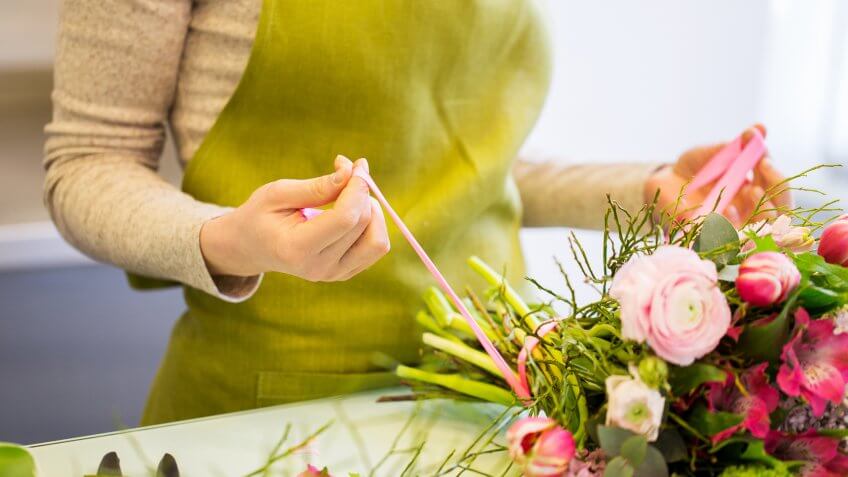 Hired Help Is Always Around to Serve You

The White House is home to nearly 100 permanent resident staffers. The private army of servants includes maids, cooks, butlers and a head housekeeper. But it doesn’t stop there. Among the other permanent staffers on the payroll are full-time plumbers, engineers and florists. 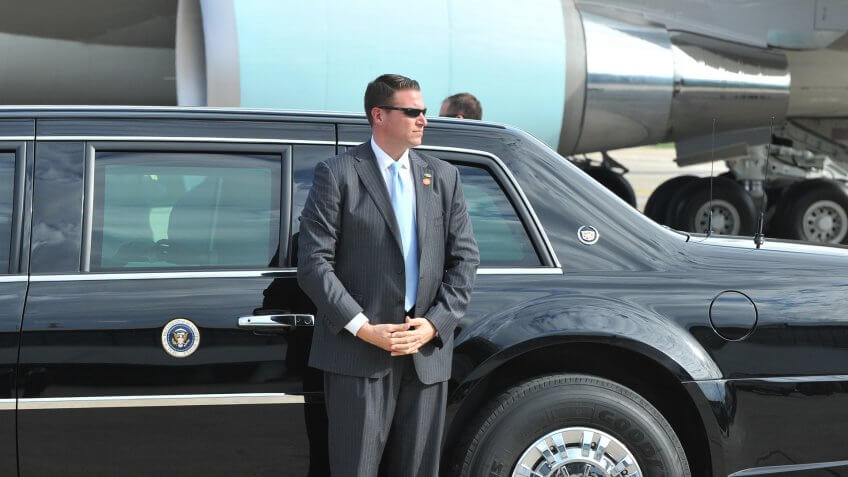 A Top-Notch Security Detail Watches Over You

When you see the president, you might notice intense-looking, hyper-alert men and women with earpieces following behind. That’s the Secret Service, the agency tasked with protecting the president — even at the cost of members’ own lives.

Well-armed, trained and prepared, members of the Secret Service are more than bodyguards. They conduct advance work, threat assessments, counter-surveillance and airspace security. Ex-presidents get Secret Service protection for life, and their children are protected until age 16. The agency’s 2017 budget is $1.9 billion. 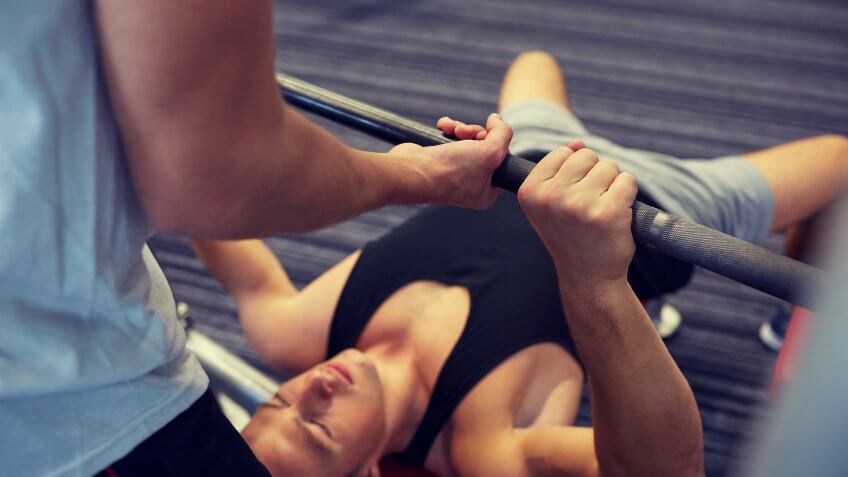 You Can Get Buff at Home

The White House is home to a full fitness center with machines and weight rooms, as well as a tennis court and swimming pool. From walking to horseback riding, presidents throughout history have stayed fit while in office. 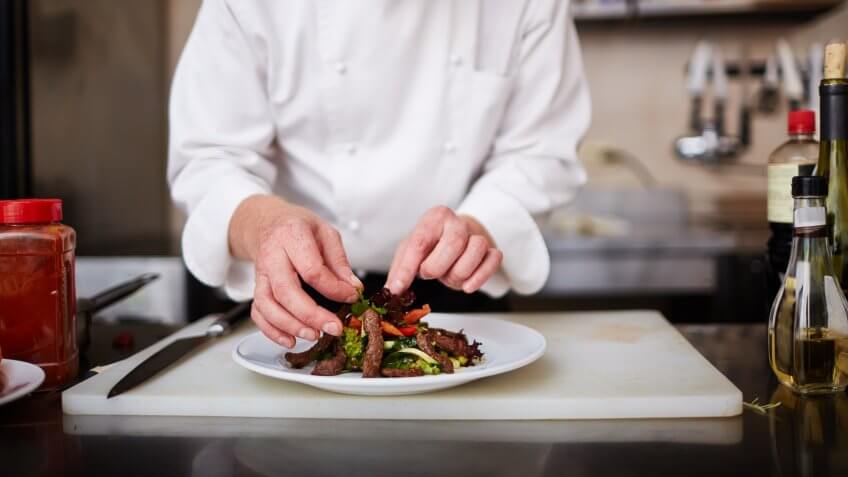 An Executive Chef Cooks Your Meals

Every president since John F. Kennedy has dined well, thanks to a White House executive chef. In 2005, Cristeta Comerford became the first woman appointed to the position when she was hired by first lady Laura Bush. It recently came to light that the position requires the presidential chef to double as the presidential food taster.

It is estimated that the White House executive chef earns less than $100,000 a year, a salary the Culinary Schools website deems “surprisingly modest.” 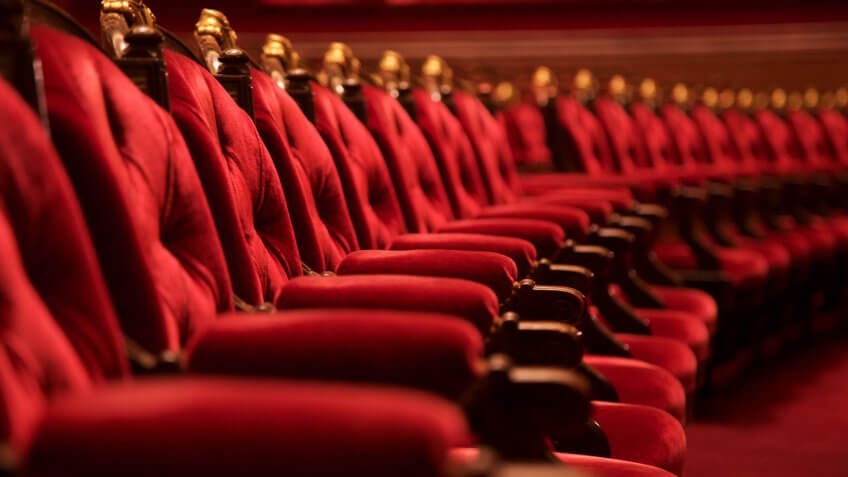 Your House Has a Movie Theater

Presidents who happen to be movie buffs are in luck: The White House is home to a 51-seat tiered theater where the presidential family and their guests can watch movies, sports and television. President Franklin Roosevelt was the one to convert the East Terrace cloakroom into a theater. In 2017, the theater was opened to East Wing tours under the direction of Melania Trump. 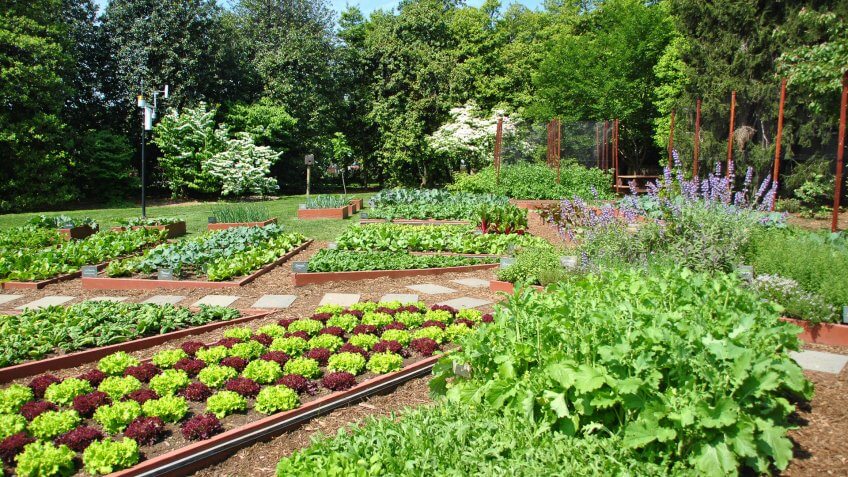 You Can Eat Plenty of Fresh Vegetables

During the Obama administration, first lady Michelle Obama began work on what would become a massive White House garden. It was one of Mrs. Obama’s most visible legacies, and the fruits of her labor appear on the White House menu.

Current first lady Melania Trump appears to be carrying on the tradition. Mrs. Trump has kept the garden intact and even followed Mrs. Obama’s tradition of hosting schoolchildren there to enjoy the pleasures of growing, harvesting and, of course, eating. 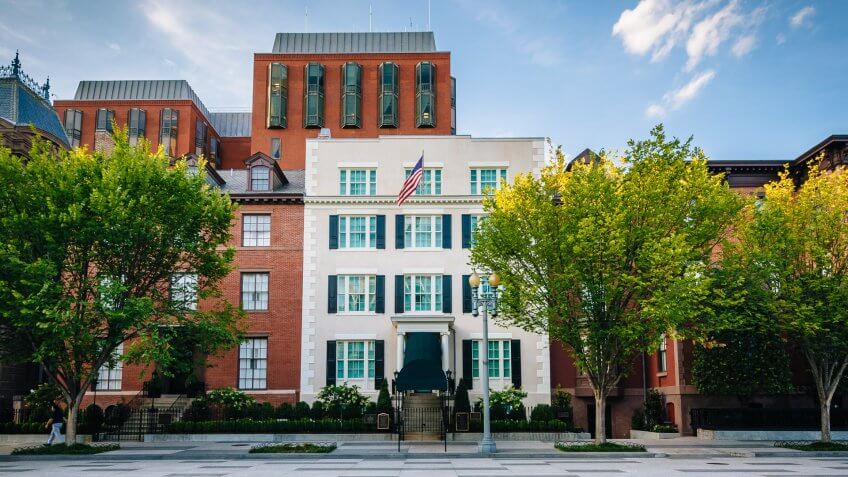 When heads of state and other dignitaries visit the U.S., the president puts them up in the Blair House. At 60,600 square feet, the Blair House consists of four integrated townhomes with a combined 120 rooms and 18 full-time employees. 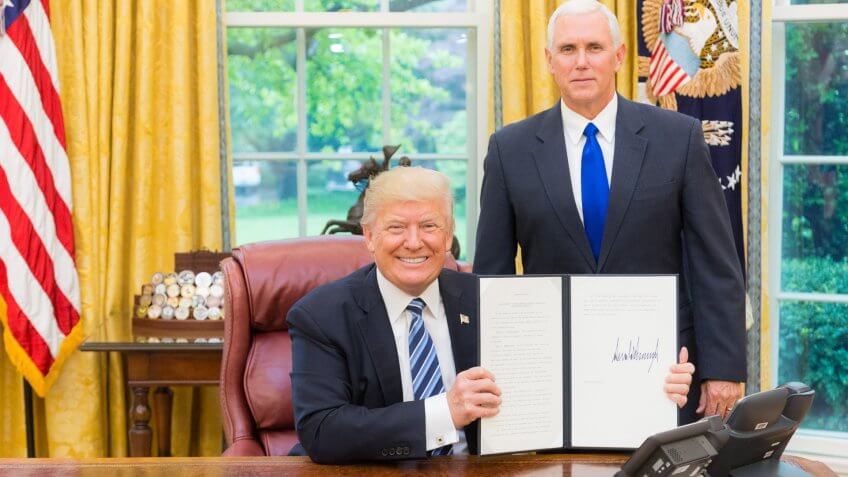 No matter who you are, a cool photo with one of your favorite celebrities is awesome. But when you’re president, you don’t have to settle for a selfie on the street. President Trump, who has long reveled in his celebrity status, enjoys almost limitless opportunities to pose with the rich and famous. From athletes to foreign dignitaries, rock stars to gurus, Trump — and all presidents — get the luxury of photo ops with the best backdrop on Earth: the Oval Office. 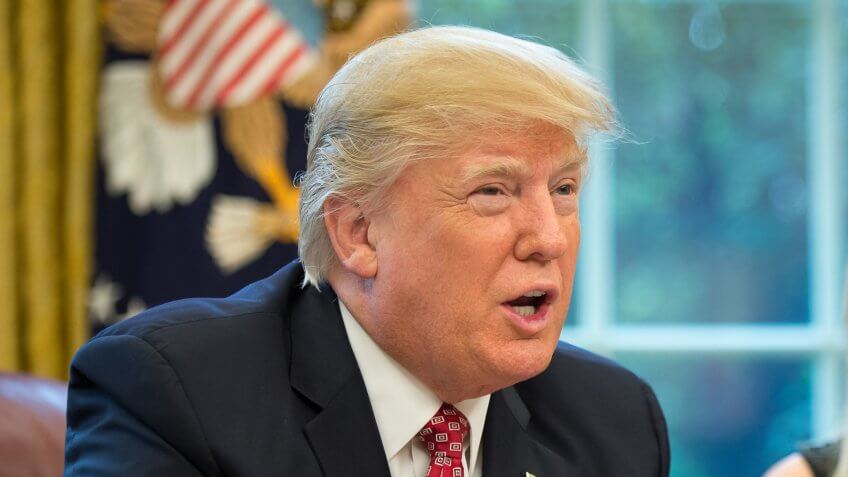 You Enjoy Peace and Quiet at Work

If the president chooses not to be interrupted while he’s working, then any pressing business will simply have to wait. Four elite marine sentries, who are required to pass an intense selection process, stand guard by the Oval Office at all times when the president is inside.

Your Finger Is on the (Soda) Button

The phrase “finger on the button” has long been a metaphor for the awesome power and responsibility the president has in the ability to launch nuclear weapons. But, according to a recent article by the Associated Press, President Trump has installed a light-hearted version of the famous button on his desk in the Oval Office. On the Resolute desk, which presidents have worked on for generations, there is now a red, circular button. When Trump presses it, a butler immediately brings him a Coke. 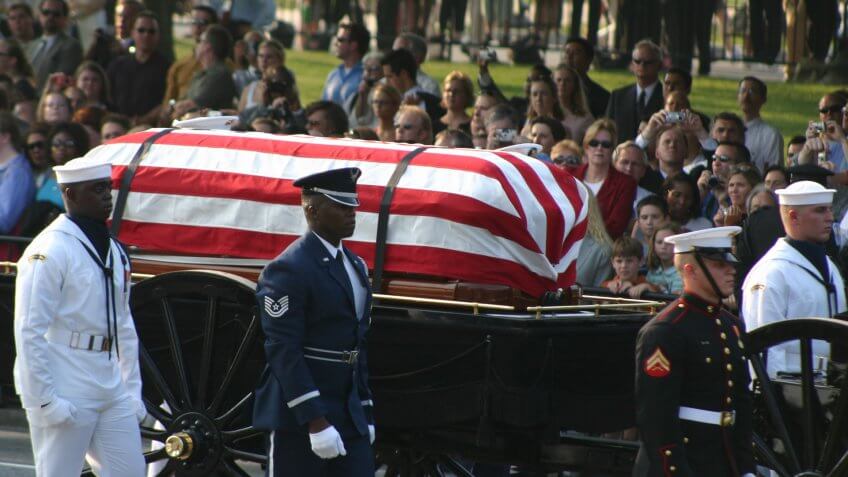 You Get a State Funeral

Presidents receive the office’s final perk when they die and are buried with the pomp and circumstance of a state funeral, which is reserved for heads of state. 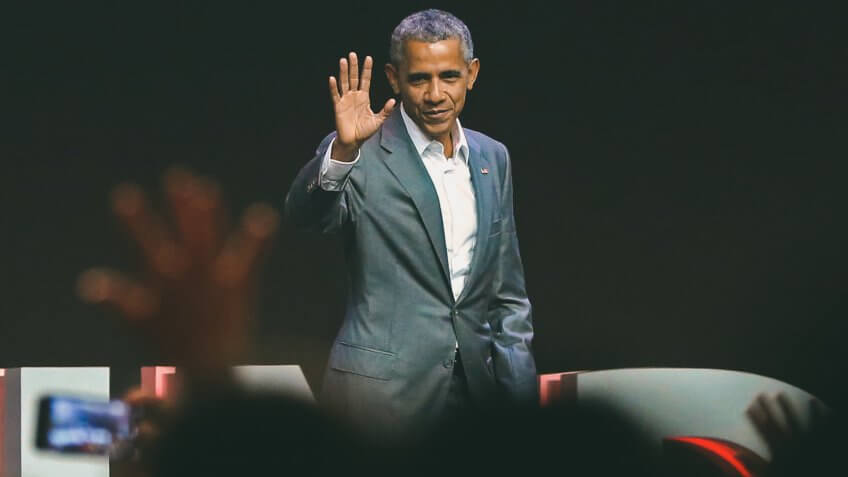 How Obama, Biden and Other Elected Officials Have Made Millions by

Book deals and speeches can be major sources of income.

GOBankingRates > Net Worth > Politicians > Crazy Financial Perks of Being President