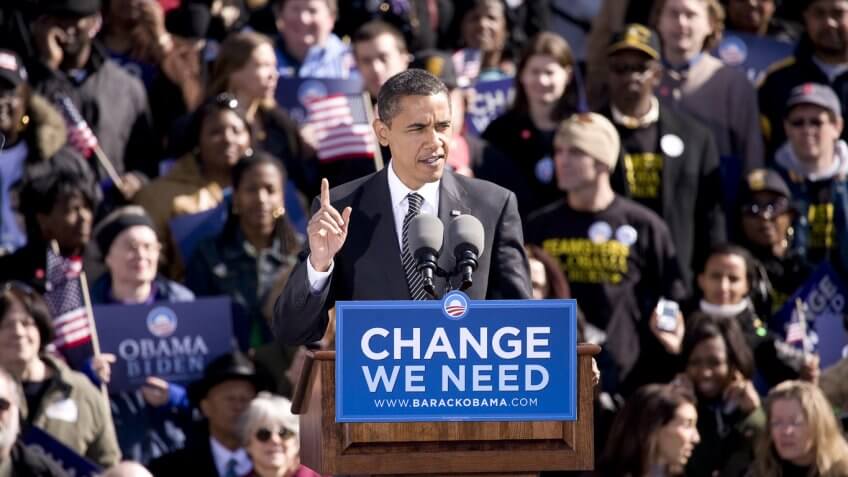 American presidency is one of the most prestigious jobs in the world. The job pays well, but not by the standards of the very rich. In fact, the wealthiest politicians inherited or created fabulous fortunes that far exceed the salary of the office. But even the poorest presidents were still pretty well off.

Here’s a look at the richest and poorest presidents that have been in office, using available data from tax returns, such as gross income, gross business net profit and gross capital assets. Net worth, family value and inflation were also considered. 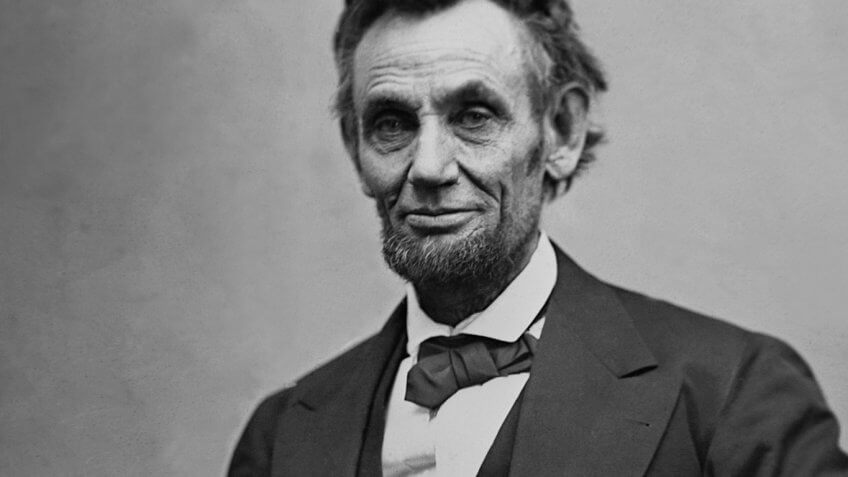 Abraham Lincoln, widely considered among historians to be one of America’s greatest and most important presidents, preserved the Union, won the Civil War, signed the Emancipation Proclamation and pushed through the 13th Amendment, which ended slavery. 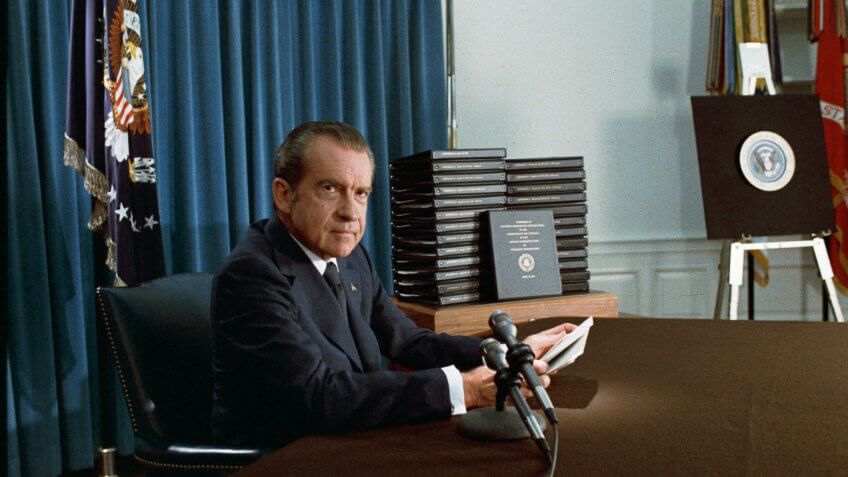 Although he ended fighting in Vietnam and eased tensions with both Russia and China, Richard Nixon will forever be remembered as the only president ever to resign from office, which he did in the wake of the Watergate scandal.

Find Out: How Much Richard Nixon Didn’t Pay in Taxes 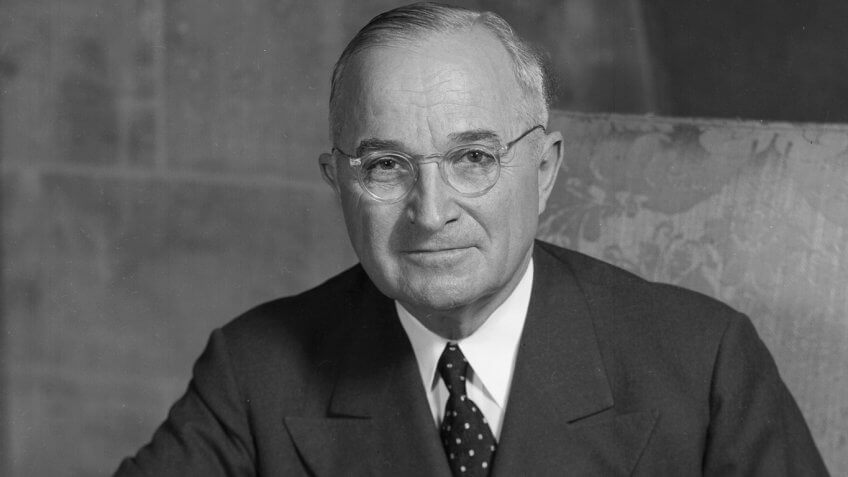 One of the most consequential presidents in history, Harry Truman succeeded America’s longest-serving and perhaps most influential president, Franklin D. Roosevelt. Truman ended World War II when he ordered the destruction of the Japanese cities of Hiroshima and Nagasaki with nuclear weapons, the only two times in history nuclear bombs were used in war. 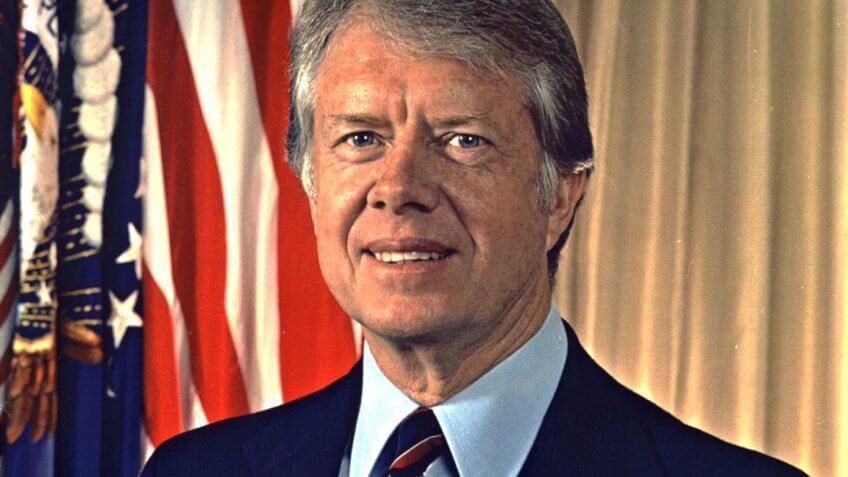 Jimmy Carter, who served one term from 1977 to 1981, is one of just four living former presidents. The 39th president of the U.S., Carter was awarded the Nobel Peace Prize in 2002. 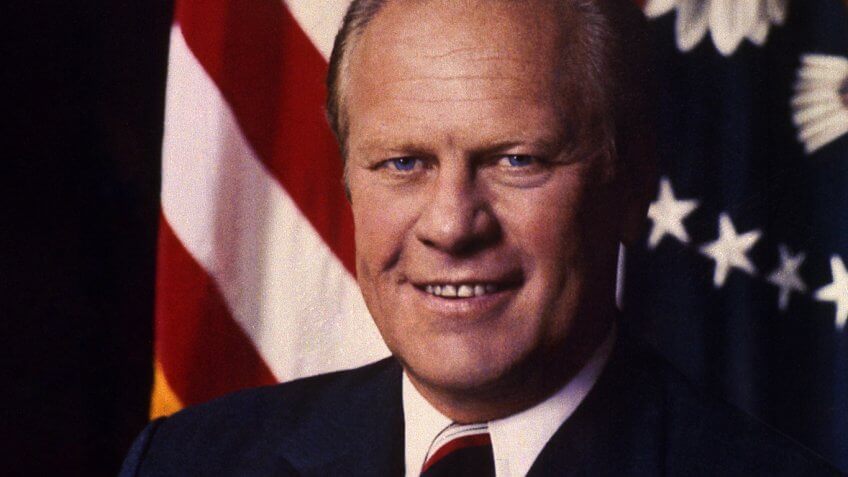 When Gerald Ford took the oath of office in 1974, he said, “I assume the presidency under extraordinary circumstances.” He became the 38th president of the U.S. following Nixon’s resignation. 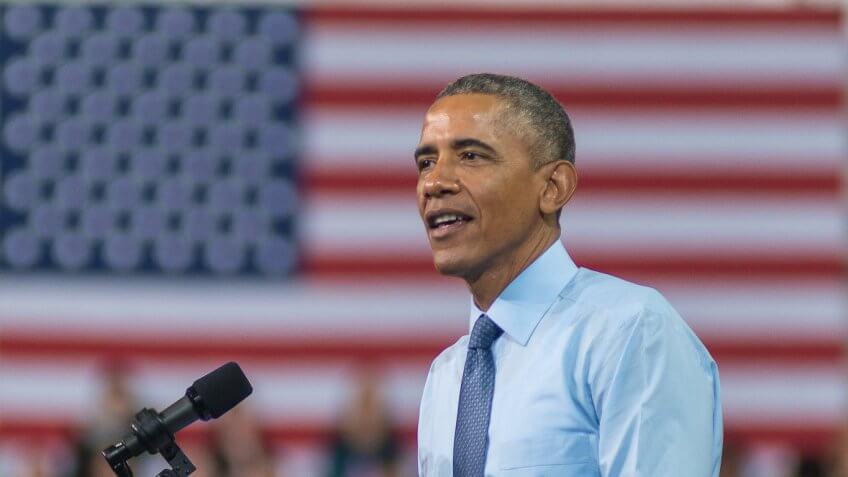 President Barack Obama goes down in history as the first African American to hold the Oval Office. His election in 2008 transcended centuries of inequality and the long-held presumption that the president would be white.

See: Barack Obama’s Net Worth as He Leaves the White House 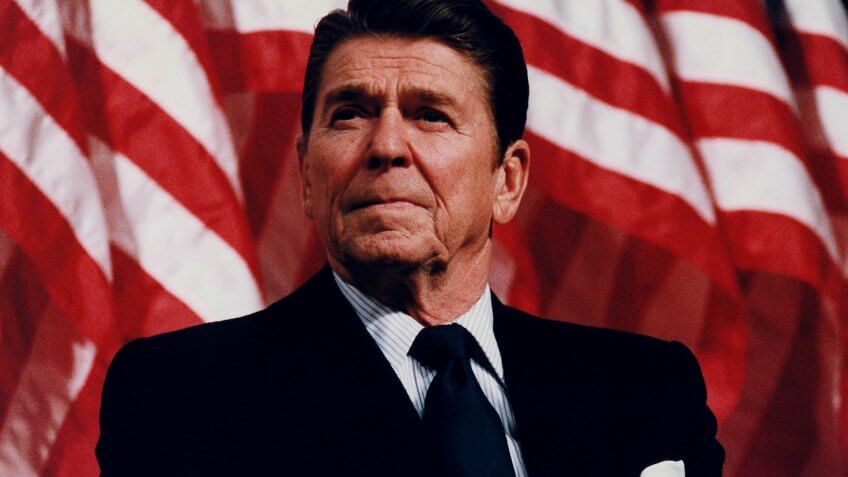 Ronald Reagan, who survived being shot by a would-be assassin just 69 days after he took office in 1981, was known for stimulating economic growth. The former actor, who established a doctrine of “peace through strength,” improved relations with the Soviet Union and battled terrorists abroad, as well. 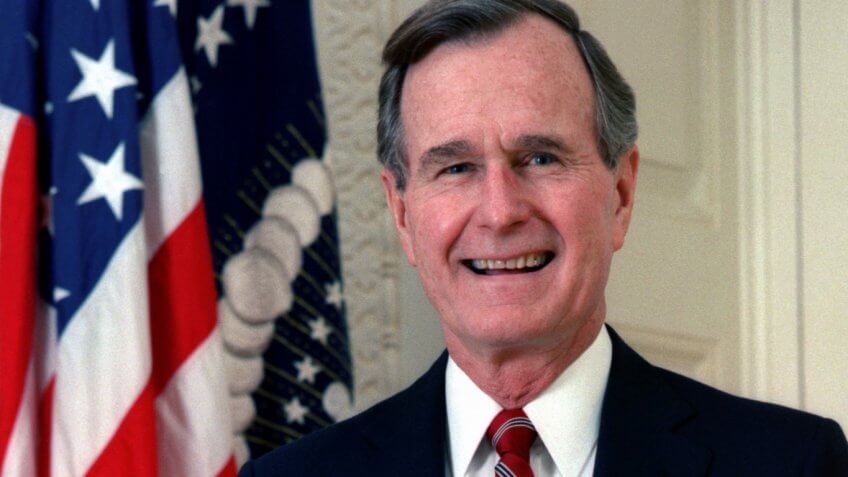 A decorated combat veteran who was the youngest pilot in the entire Navy when he earned his wings, George H. W. Bush was the last World War II veteran to hold the office of president. During his tenure from 1989 to 1993, he oversaw America’s transition out of the Cold War as the Soviet Union collapsed and the Berlin Wall fell. He also organized an international coalition to repel Saddam Hussein’s invasion of Kuwait. 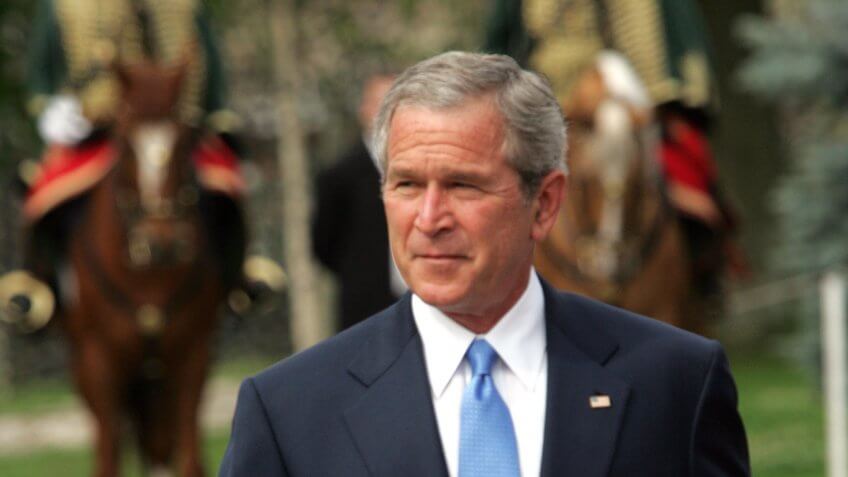 When George W. Bush was elected, it was only the second time in American history that a son of a former president would go on to hold the office. He became a wartime president after the September 11 attacks and their economic destruction, a condition which would define his two-term presidency. 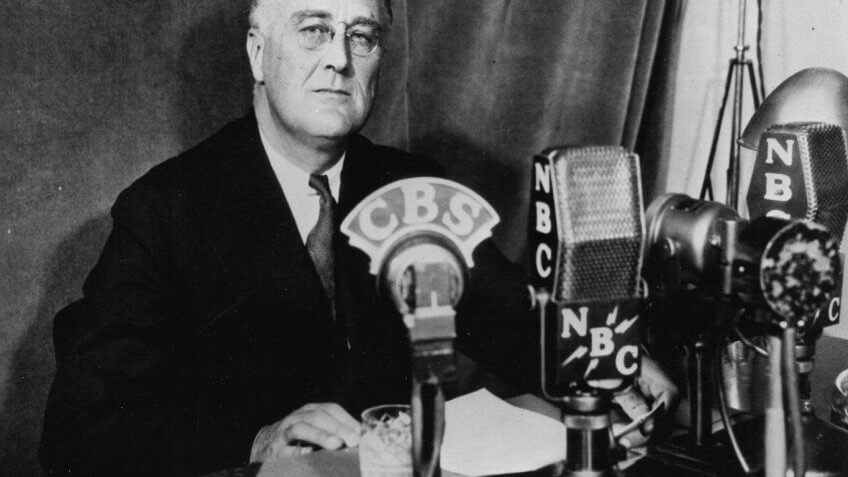 Franklin Delano Roosevelt, fifth cousin to Theodore Roosevelt, led America out of the Great Depression and through World War II. The architect of the New Deal and America’s great social programs, Roosevelt’s four-term presidency — the longest in history — renewed the people’s faith in America’s government and financial institutions.

With a personal fortune worth $60 million today, FDR was one of America’s richest presidents. He earned $75,000 a year during his presidency and declared $93,601 in income on his 1937 taxes. 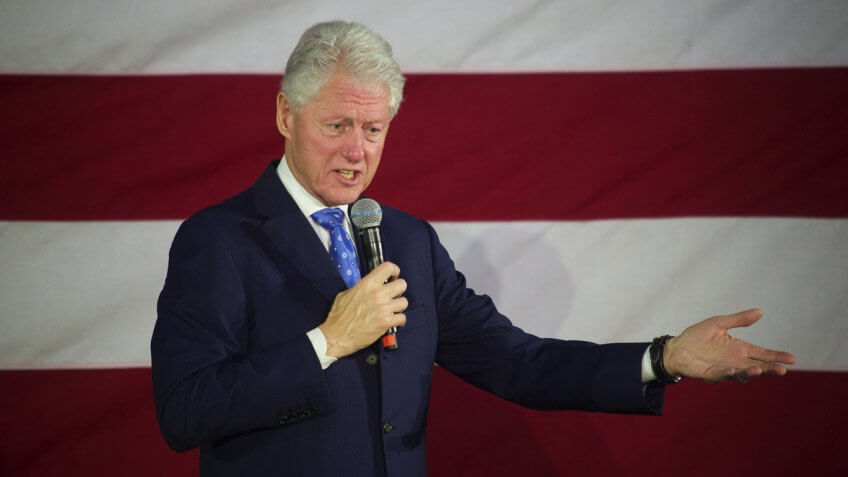 Bill Clinton, who served two terms from 1993 to 2001, was the first baby boomer to be elected president. He oversaw the greatest era of peace and prosperity in decades, and although he became the second president in history to be impeached, he enjoyed nearly unprecedented popularity in national polls. 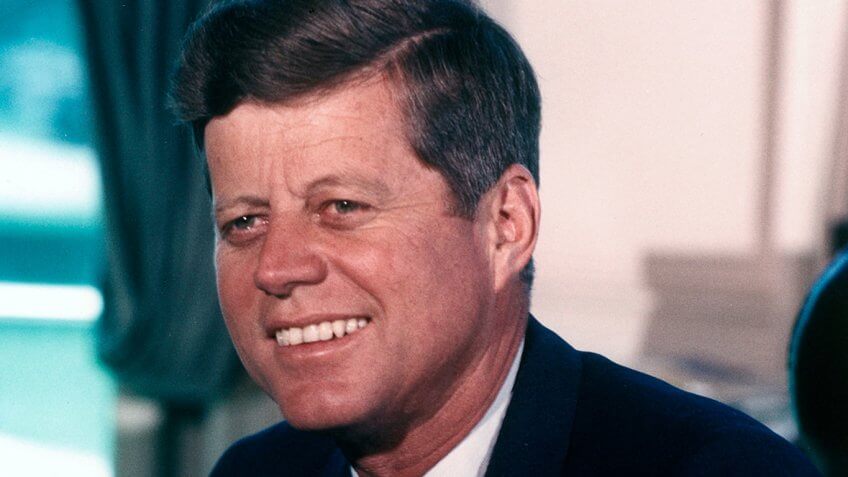 John F. Kennedy was the youngest president ever elected. He was also the first Roman Catholic president. His presidency included the Bay of Pigs invasion, the Cuban missile crisis and the emergence of Martin Luther King Jr. and the modern Civil Rights movement. On Nov. 22, 1963, barely past his 1,000th day in office, JFK was assassinated, the fourth president in American history to suffer such a fate.

The job paid $100,000 plus a hefty $50,000 expense account, which Kennedy reportedly refused. Although his precise net worth is unknown, his family is notoriously wealthy, valued at $1 billion, according to Forbes. And the New York Post claims Kennedy would have inherited his father’s fortune, estimated at the same amount. 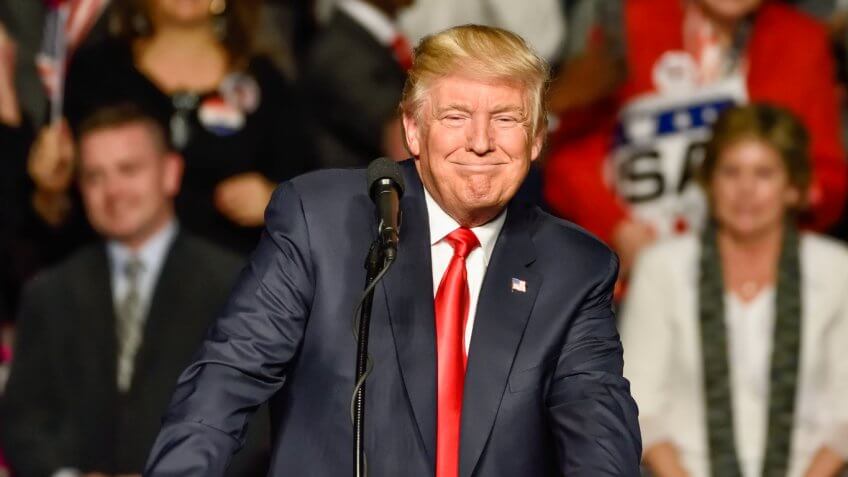 Donald Trump, who took the Oath of Office on Jan. 20, 2017, is among the richest U.S. presidents in history. The business mogul is No. 324 on the worldwide list of billionaires and No. 113 in the U.S., according to Forbes.

Trump inherited approximately $40 million from his late father, real estate developer Fred Trump, according to Celebrity Net Worth. His earnings have led to the development of numerous companies and business ventures including his real estate and hospitality empire, The Trump Organization. He has a stake in businesses worldwide including golf courses, hotels, skyscrapers, wineries and more.

Much of Trump’s political plan as president is focused on revitalizing the economy and strengthening the middle class.

Don’t Miss: A Democrat Just Bumped Trump as the Richest Politician in America 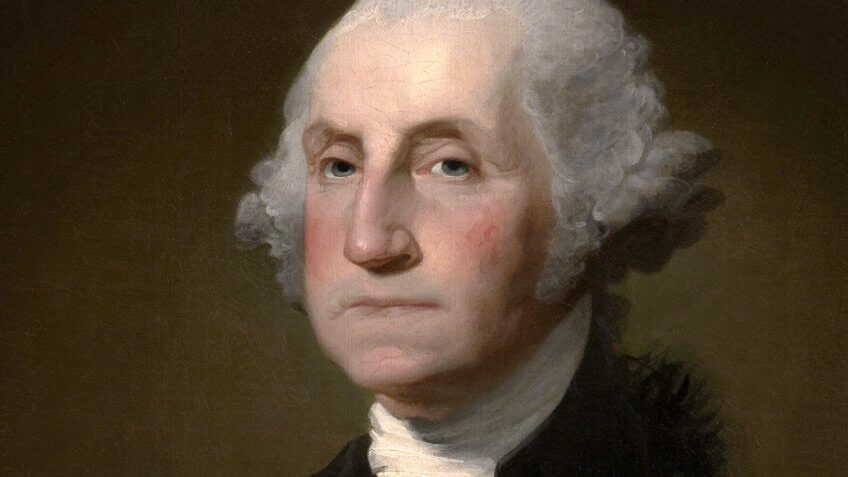 In the annals of American history, one president stands out above all others, in both significance and finances. You see the face of the father of our country, George Washington, every time you look at a $1 bill — and for good reason. The man who led the upstart American nation to independence from the juggernaut British Empire was the richest president in history.

According to the Colonial Williamsburg Foundation, economic historians have looked at Washington’s holdings compared to the size of the U.S. economy at the time to determine his wealth. When he died, Washington’s estate was valued at $750,000, roughly 0.19 percent of the country’s $411 million GDP. Compared to the 2011 GDP of $15 trillion, his fortune would be worth $25.9 billion.

The richest presidents in history were some of the world’s wealthiest men. Even the poorest presidents, however, still did pretty well for themselves. Even the most destitute on the list, Abraham Lincoln, would be worth more today than most Americans. 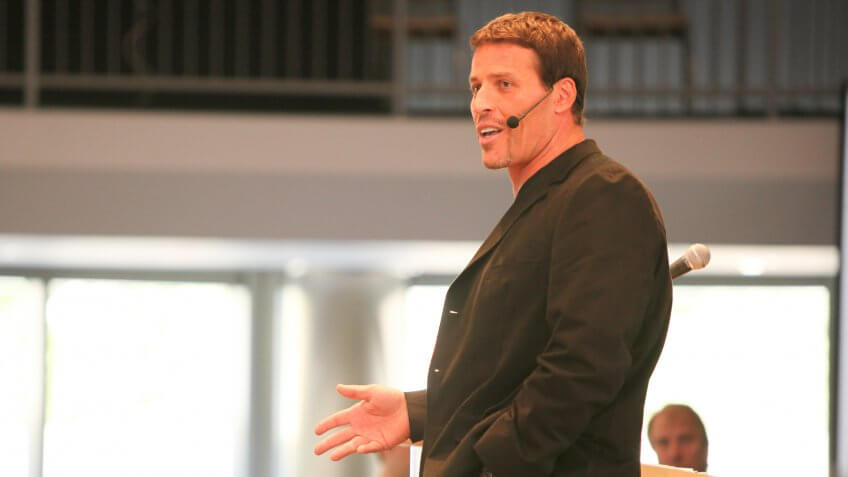 GOBankingRates > Net Worth > Politicians > The Richest and Poorest US Presidents